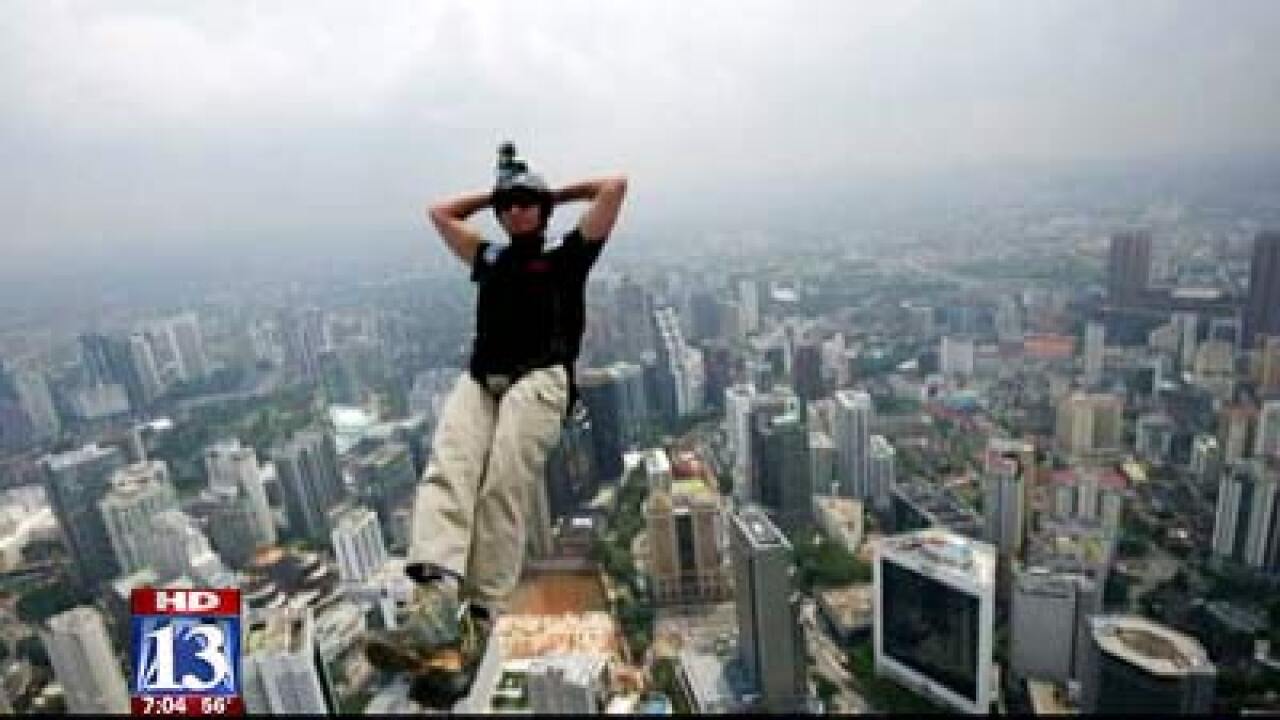 A skydiver from Salt Lake City is dead after his parachute malfunctioned on Saturday.

Matthew Gold, 34, was in Oceanside, Oregon for the annual gathering of paragliders when he fell to his death.

He jumped from a paramotor, which is made up of a harness, a motor and an open parachute.  Gold was wearing a wing suit, which allows the driver to fall at a slower rate.  Investigators said he failed to open his parachute in time.

Gold's friends say that he lived for adventure.

"Matt was a talented guy," said Kevin Hineze, a friend of Matthew Gold. "And Matt was doing some skydiver wing suiting, those little squirrel suits you see people flying along in the sky.  But they are small and fast.  The end result is that you have to deploy parachute in order to land them though, they are too small."

Hineze said Matt was also a really good skier, a paraglider, and a skydiver/basejumper.

Local law enforcement is looking for two of Gold's helmet cameras, which are evidence in the investigation, but they say the cameras are missing and may have been taken from the scene.

According to an Associated Press article, investigators believe someone took these because they fear they may be in trouble with the FAA because Gold jumped from an ultra-light aircraft which is a new practice.