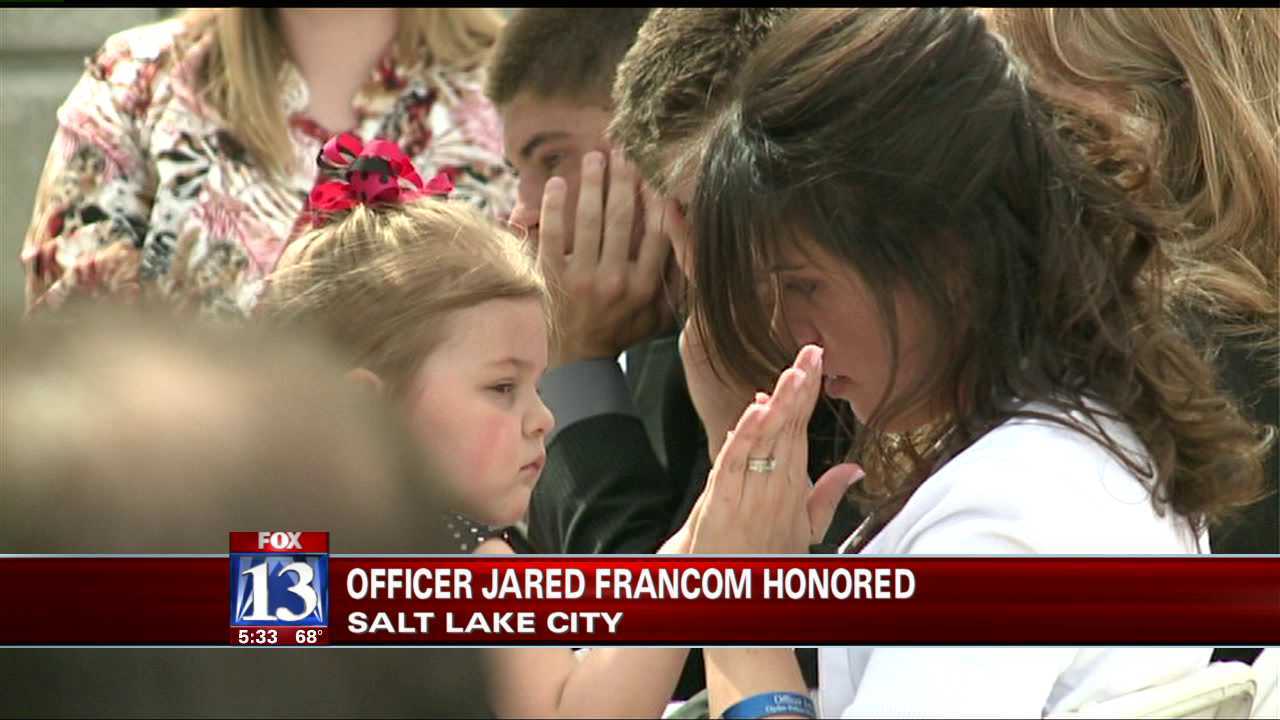 SALT LAKE CITY -- The police officer killed last January while serving a search warrant on a home in Ogden was remembered at the Utah State Capitol on Thursday.

With their heads bowed in prayer, many came to a special ceremony honoring officer Jared Francom. His wife and two daughters sat in the front row and stood up when it came time for them to accept a Purple Heart in honor of her husband and their father.

“Jared will be forever missed, but I know he wants us to go on and be happy, because that's what he would do,” said Jared’s brother,Travis Francom, to the crowd of attendees.

Jared Francom’s name imprinted on a plaque was placed on the wall outside of the Capitol -- a tough thing for his father to watch.

“I wish I didn't,” said Jared's father Jay Francom. “But it's done, it's done. I know his girls don't want to see that name on the wall, but it's a real honor to have his name put up there with the rest of these men and women.”

And the other officers injured in the same gun battle that killed Francom were there receiving quilts from those who wanted to say thank you.

“We are blessed to have such great people in law enforcement in this state," said Jared's father.

On a wall titled 'IN VALOR THERE IS HOPE,' Jared Francom's name will always be there to signify a man who gave the ultimate sacrifice, along with nearly 200 other officers' names.