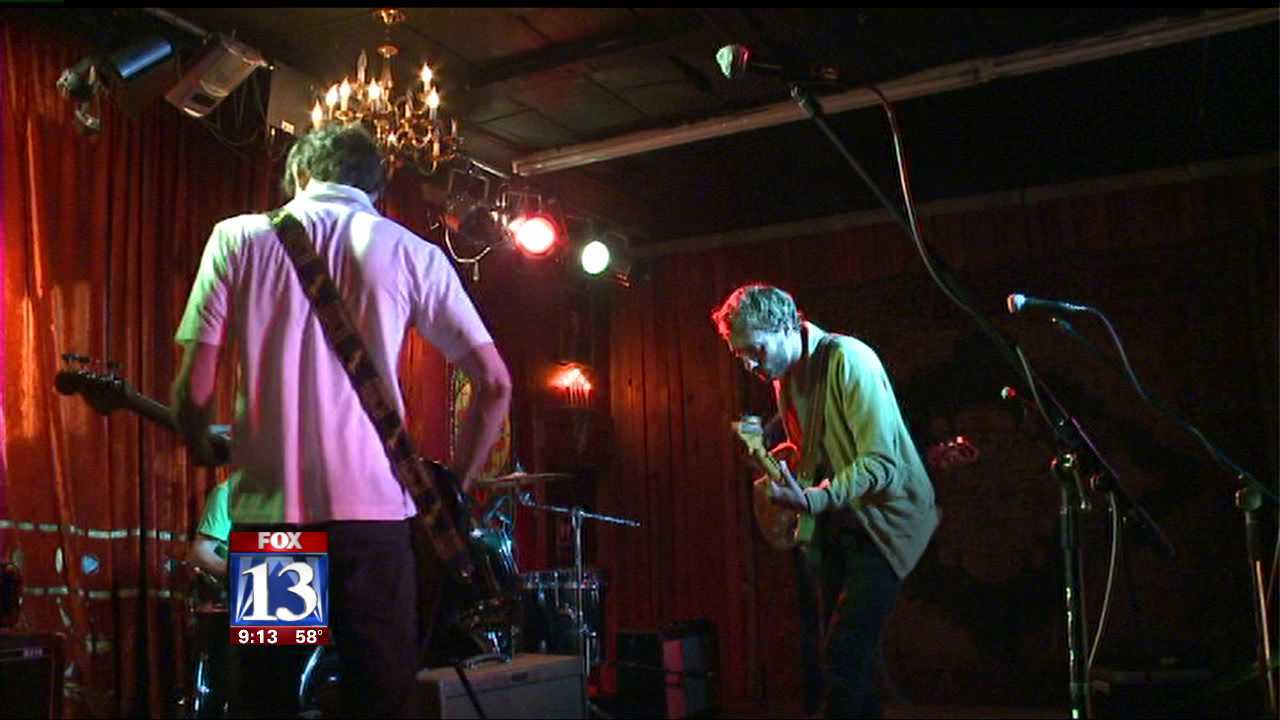 PROVO -- In Seattle during the 90's, the whole community was excited by the new sounds while the rock talent branded a genre all of its own. Now a community in Utah is currently creating its own musical buzz.

Club Velour in Provo is the center of the scene.

The Neon Trees started their humble beginnings in the small Utah town wanting to make it to the Velour stage.

"People would show up and it felt real, and then it kind of became real," said Neon Trees singer Tyler Glenn.

Club Velour owner Corey Fox says that the focus is different than most clubs. His club centers strictly on the music.

"The good thing about not having a bar is the crowd that's here to hear music. So music is the total focal point instead of being the background," says Fox.

Fox says they have a "Listening Room." And instead of managing a bar, Fox mentors musicians like a coach training a team.

"You kind of find your starters, you find the ones that have the work ethic and the talent," says Fox. "My goal has always been to find new talent and help build that talent to do something and we set goals."

So far four Provo bands have been signed to major record labels.

Fox says his goal is to "help bands outgrow" his business.

"A lot of the time I feel like a teacher. Like the fulfillment of seeing your students grow and progress and move on," Fox says. "Teachers don't get a paycheck from the success of their student that goes on to be a doctor, but they have the pride that they helped a person get to that place. I think that what drives me, for sure."

More bands my be moving into the national spotlight soon.

"It's just a melting pot here in Provo and it just keeps rejuvenating. It's exciting," said Fox.

Club Velour owners says Provo has seen an unusual number of bands make it big for such a small demographic.

"The big news is in the last four or five years we've had four major-label signings from Provo and another artist turning down a major label," says Fox. "I don't know if there is any other small town in the country that has had that kind of thing happening."

Something might be happening for another band "Desert Noises." Fox says they are the most up-and-coming band likely to get signed.

"Kids are really surrounded by music, from a young age, I think, around Provo," said Henderson.

And that is certainly true for Henderson's bandmate, Tyler Osmond, whose surname is easily recognized from the Utah family music group "The Osmonds."

"Donny is my uncle, my dad is Alan," said Tyler Osmond.

But in spite of the famous name, he has paid his dues at Club Velour.

"Where we'd be without Velour, we wouldn't all be together because we started in different bands and we all played here. So through this place we were able to meet them," says Osmond.

Patrick Boyer and Brennan Allen are the rest of Desert Noises. All are from Utah County.

Their music has been placed in national television shows and their sound is described as being surprisingly mature.

"We just try to take it day by day, try not to think about it too much," says Osmond.

"The frustrating thing, I guess, with the success that's happening here, is the bands grow up and move --  outgrow Velour," says Fox. "They're too big to play here again. For us to keep these things happening, it's always finding new talent to replace the bands that have moved on."