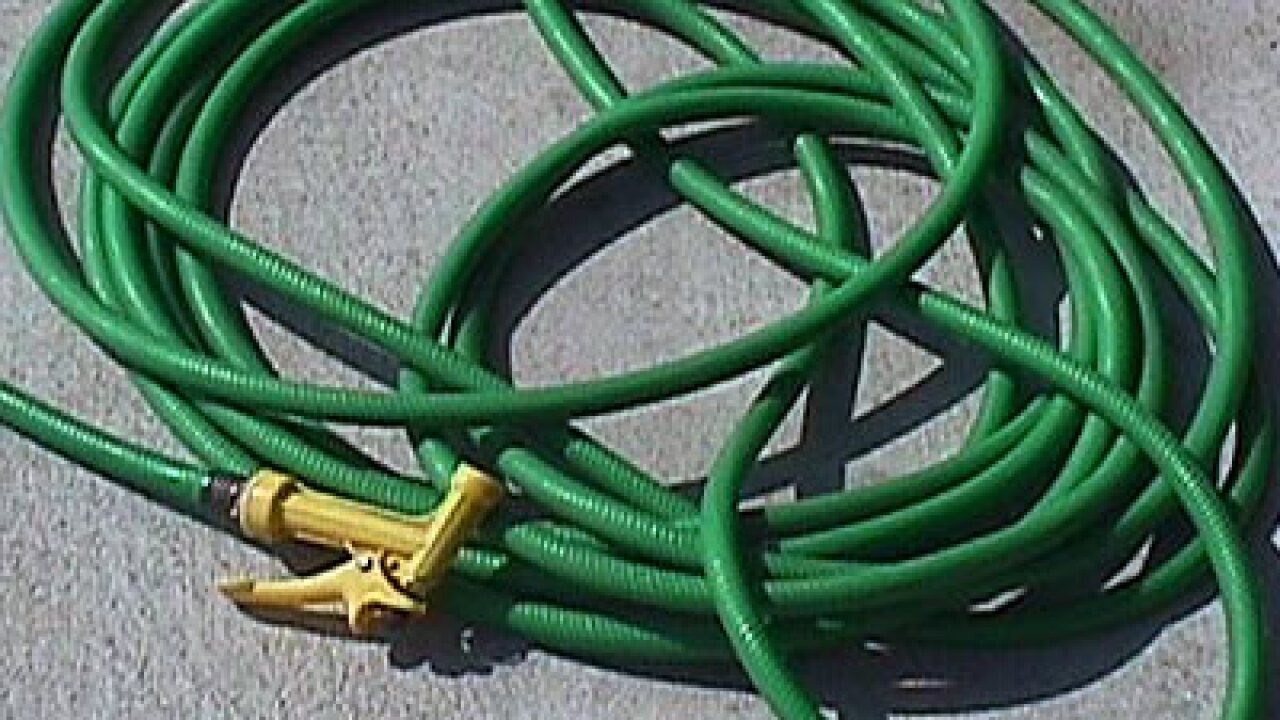 (CNN) — Planting season is here. Whether you’re a seasoned gardener or a novice, a new study is raising a red flag about some of the products you might be using.

HealthyStuff.org — a nonprofit environmental group that researches toxic chemicals in consumer products – tested nearly 200 common garden products and found two-thirds of them contained significant levels of one or more toxic chemicals they ranked of “high concern.”

In garden hoses, gloves, kneeling pads and a variety of tools like shovels and trowels researchers found a number of toxins including lead, phthalates and bisphenol A or BPA. Phthalates are chemicals used to soften plastic. They are considered endocrine disrupters which interfere with the body’s hormone function and some studies have linked them to adverse developmental issues and birth defects.

BPA is another toxin used in plastics from water bottles to dental sealant. In fact, many of the chemicals found have been linked to birth defects, impaired learning, liver toxicity and other serious health issues.

“This is another example of people assuming that products on the shelves that they’re buying are safe, when in fact they’re largely unregulated and full of chemical hazards,” said Jeff Gearhart, Research Director at HealthyStuff.org. “The good news part of that is there are better choices out there on the market – specifically polyurethane and natural rubber hose all test better than the vinyl hoses that we studied.”

Ninety different types of hoses and 53 different gloves were tested. In both products, lead and phthalates were found at levels that exceeded standards set by the Consumer Product Safety Commission (CPSC).

Researchers focused on garden hoses to see if there had been any improvement from previous studies. In one test they bought a hose, filled it with water and set it outside in the sun.

Gearhart says the water hose findings were the most significant and the biggest concern. “These water hoses are not regulated by anyone, the CPSC or the federal drinking water act or federal drinking water standard and they should be,” Gearhart said. “Our testing allowed us to determine what percentage of water hoses do not comply with the federal safe drinking water act. Under the act, lead levels are limited in plumbing fixtures to no more than 2,500 ppm (parts per million). We found that 1 in 3, 33% of the hoses tested contained lead in excess of the 2,500 ppm lead limit. ”

HealthyStuff.org recommends consumers let the hose run for a few seconds before using it, avoid keeping it in direct sunlight, store your hose in the shade instead. “We know that temperature can increase the release of the chemical from the hose. Don’t drink water from your hose unless you know it’s lead free or drinking water safe.”

Other recommendations: avoid polyvinylchloride or PVC hoses – stick with one that’s lead-free. And finally, get your garden soil tested. Lead, primarily from house paint, according to Gearhart, can show up in soil.

As for gardening gloves, they say avoid any that are vinyl or have a vinyl coating.

There’s been plenty of ongoing controversy over the chemical BPA. The FDA has done extensive research and reviewed hundreds of studies on the chemical. They have maintained that to-date the scientific evidence does not suggest that very low levels of exposure through diet are unsafe.

But on March 30, 2012 they issued an interim update on BPA. That update says in part: “Studies employing standardized toxicity tests have thus far supported the safety of current low levels of human exposure to BPA. However, on the basis of results from recent studies using novel approaches to test for subtle effects, both the National Toxicology Program at the National Institutes of Health and the FDA have some concern about the potential effects of BPA on the brain, behavior, and prostate glands in fetuses, infants, and young children.In cooperation with the National Toxicology Program, the FDA’s National Center for Toxicological Research is carrying out in-depth studies to answer key questions and clarify uncertainties about the risks of BPA.”

So in the meantime,the agency says, it will take “reasonable steps to reduce human exposure to BPA in the food supply.”