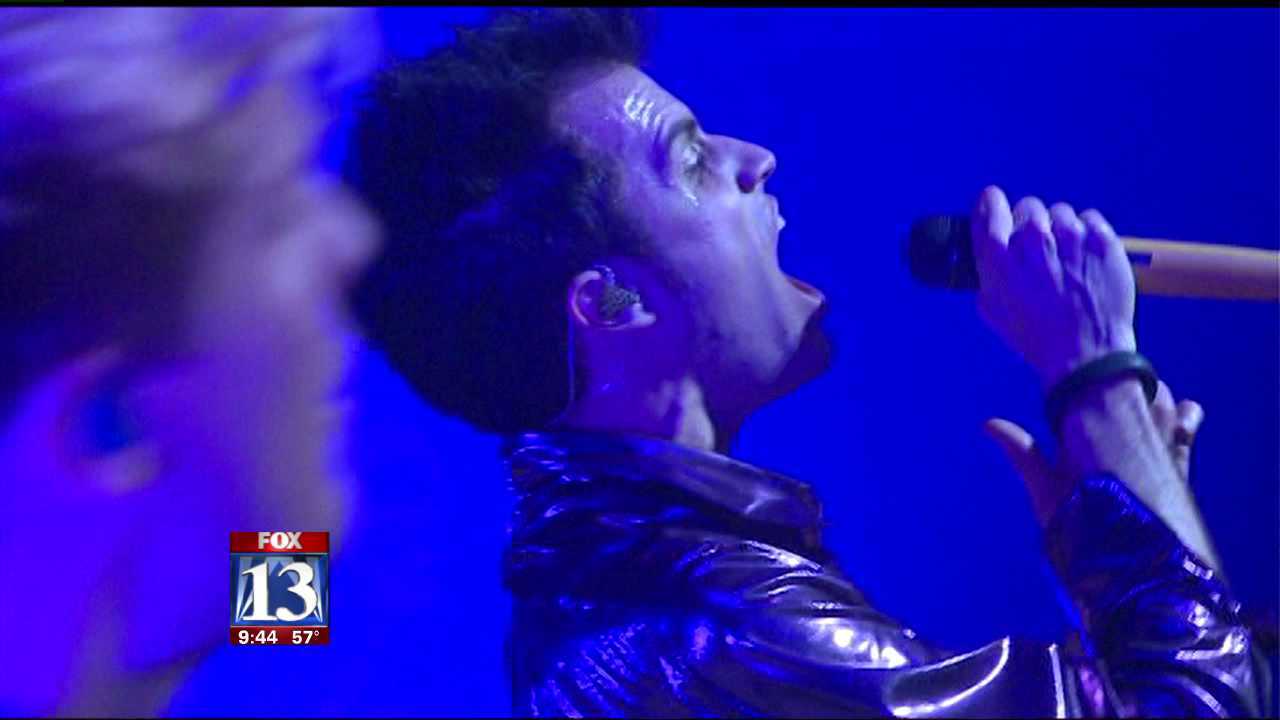 PROVO -- They are one of the hottest bands in the country right now and they're from right here in Utah. Neon Trees just released their second album with the hit single "Everybody Talks".

The band talked with FOX 13 in an interview, just as they are on the cusp of making music fame. The Neon Trees formed in Provo and say they will always remember their roots.

But it turns out, the Neon Trees are transplants.

“We all moved up here and met here in 2004, 2005. And through the really cool music scene, discovered each other through other bands and sort of  decided to form a group,” says Glenn.

They say Provo's music and moral climate helped cultivate their success.
“When we were coming up, kids weren't drinking, doing drugs, they were just focusing completely on the art of it,” said Glenn.

The Neon Trees went through their struggles putting all they could into the band, according to bassist Branden Campbell.

“Our families were saying 'how long are you going to give this thing?’” says guitarist Chris Allen.

Drummer Elaine Bradley says she supported the band with her paychecks from the coffee shop she worked at.

“We seriously ended up being on food stamps,” said Campbell.

As they inched closer to success, the band spent nearly a year in Los Angeles writing and recording the album "Habits" which spawned several singles.

“We’re all raised Mormon. Some of us are still, some of us are not,” says Glenn. “But we all have affection for the church and we love the morals and principles of it and we still completely integrate that into our band.”

Bradley says they made a plan before the Neon Trees got going.

“Very early on we had a conversation in the band where we said ‘OK guys, not on a moral plane, but as a business, how do we want to conduct ourselves?’ And so we decided unanimously, no drinking, no drugs” says Bradley.

The band adopted a moral plan to keep the band from potentially falling apart.

FOX 13 interviewed the Neon Trees before their last show in Utah. It was a concert with a cause.

[Scroll to the bottom to view part 2]

Drummer Elaine Bradley says that they were brought into the performance to help benefit a school for autistic children because one of their own band members has a child with autism spectrum disorder.

“Branden has a personal attachment to the cause we're playing for,” says Glenn.

Giant Steps is a preschool for autistic children in Orem. Connor is one of 36 enrolled. Over 100 are on the wait list.

“He's going to be 5 in a couple months and he still doesn't talk. But he's learned sign language at the school, so he's able to communicate more so we know what his needs are,” says Campbell.

But the school has needs of its own.

“We've been around for 15 years and funding's always an issue,” says Kyle Bringhurst from Giant Steps preschool.

Some money comes from the state, but private donations are needed too,” says Campbell’s wife Emilie.

“We knew when he started there that eventually we would want to do a benefit concert for the school,” says Emilie.

Campbell says his wife has been with the band almost nonstop since their first album came out in 2010. He says she helped coordinate a time the band could come and hold a concert to benefit the school.

“She is really the mastermind behind all this,” says Campbell. “She loves Connor so much.”

Glenn says the band members all love Connor too, watching him grow up together.

The turnout was great. The auditorium on April 7 at Mountain View High was packed. The ticket sales gave Giant Steps money to keep them afloat for years, according to Bringhurst.

The benefit is over, but Emilie Campbell would like everyone to keep giving something that doesn't cost a thing.

“Love for autism. It's what we need,” she says.