A sneak peak of the New Olympus High School 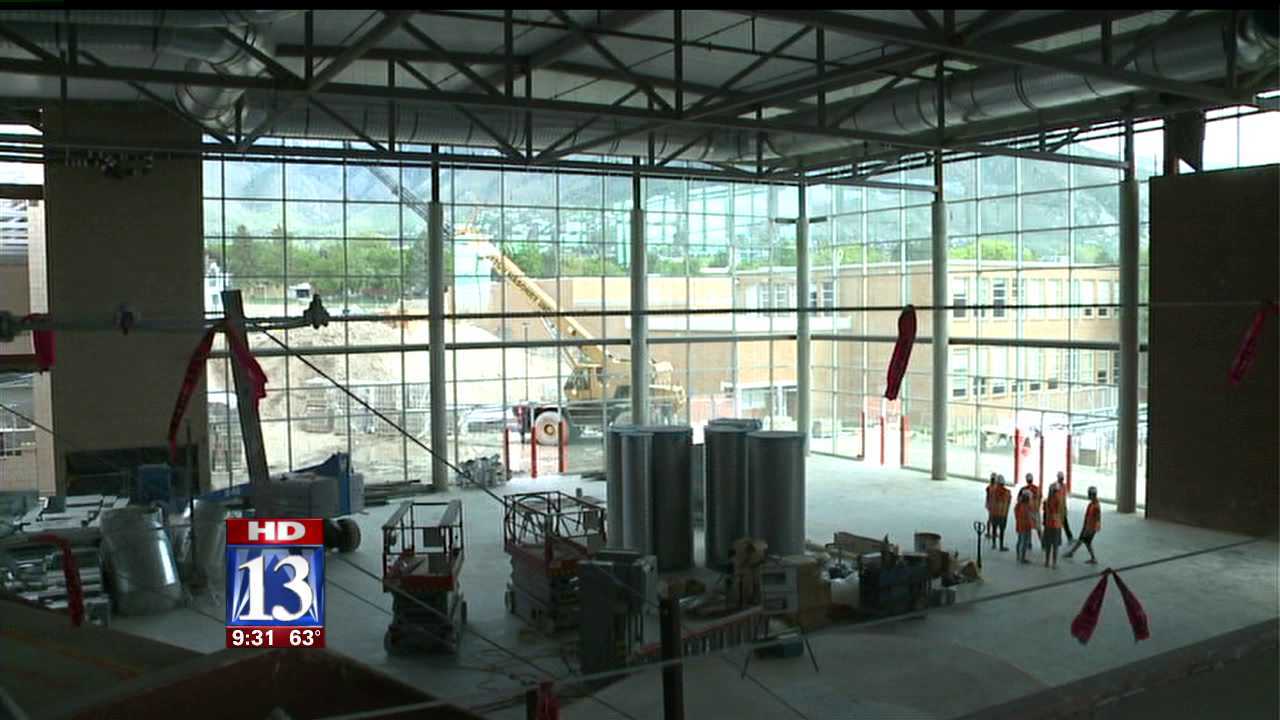 HOLLADAY -- The doors to the new Olympus High School were briefly opened Friday for a preview of the facility that doesn't come on line until 2013.

The new school was built next to the old building. It spans 27 acres and has many new rooms and amenities including a commons area, an amphitheater, a new track and field, and stellar views of Mount Olympus.

The new building came about after Granite School District was successful convincing voters to pass a $256 million bond in 2009. About $65 million of that bond went into building the new Olympus High School.

And students are already excited.

"This new school looks amazing. We've been able to watch it from the old school, going up just over the past couple months," says student Jake Vanvorum.

Jake will be a senior next year and is excited to spend his last year with his old friends in the newly minted high school.

"Everything looks very well designed; it's very obvious that every detail has been planned, very thought out," says Vanvorum.

Architects from FFKR designed the facility to support more than 1,700 students.

It has a new performing arts center, academic corridor, athletics department, media center, and  "The Commons" -- an area Jackson says students never had in their 60-year-old building.

"They've lacked in the old school a space for the students to be and if you were ever in the school at class change, it was just wall-to-wall people, and sometimes just stuck," said Jackson.

Those overseeing construction at Granite School District are excited about the building and how well it will accommodate incoming students for 2013.

"It's a grand building; it's going to be something the community and the students can be very, very proud of as well as the alumni who have a deep and abiding respect for Olympus and everything that it stands for," says David Gourley, Granite District's support services assistant superintendent.

As for the old building, construction crews will be demolishing it over spring break and will later put in a swimming pool.