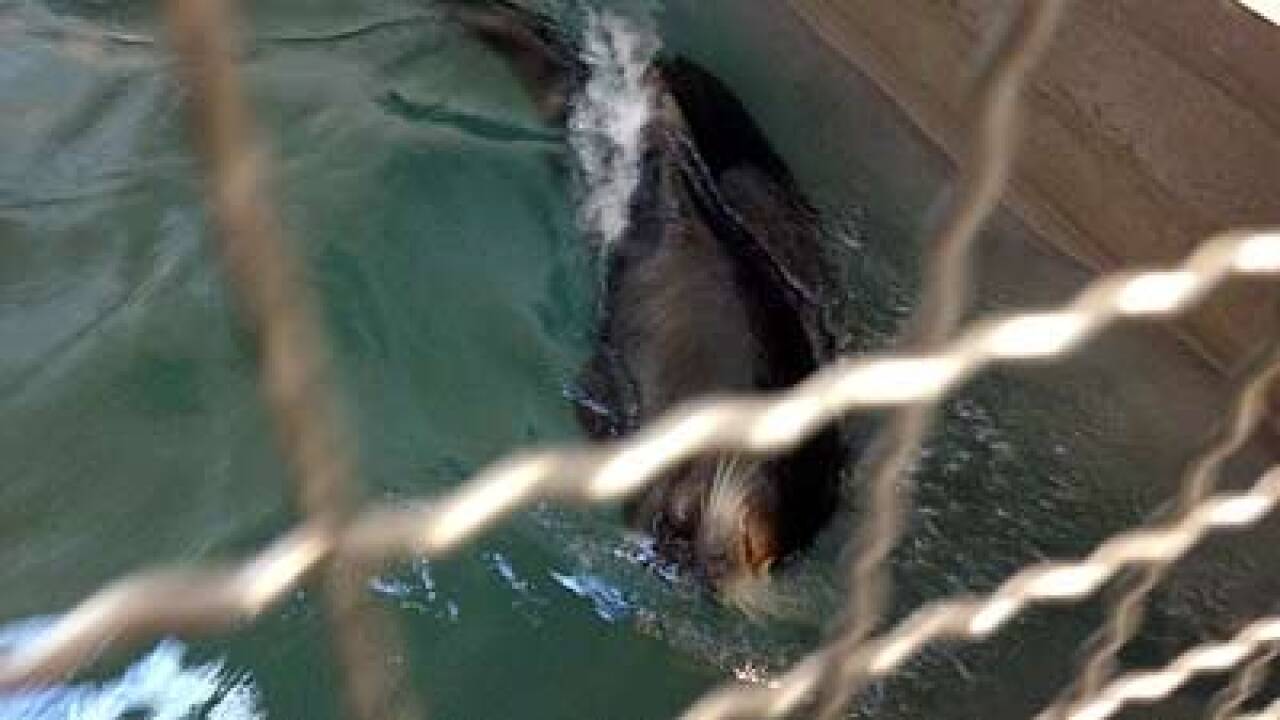 Big Guy joins another partially blind sea lion in the zoo's new Rocky Shores exhibit which is scheduled to open on June 1.  He joins fellow sea lions Maverick and Rocky.  All three traveled via FedEx.

"He is doing really well," said Maggie Jensen, an animal keeper working with Big Guy.  "He is just getting to know the facilities here and swimming around his pool and kinda feel it around."

Big Guy was found injured on a beach in Southern California two years ago.  The zoo said he has some kind of traumatic incident that has left him blind in both eyes.

Big Guy photographed at his previous home in California.

He has been cared for at California's Marine Mammal Care Center in Los Angeles for the last two years.  Experts said they could not return him to the wild because of his injuries, but it is not typically for a zoo to keep wild animals.

"It's been quite a morning," said Erica Hansen, Hogle Zoo coordinator.  "This is the last of the animals for Rocky Shores.  So, they are all here."

"You'll feel like you have escaped to the northwest coast line," Hansen said.  "We just couldn't be happier."