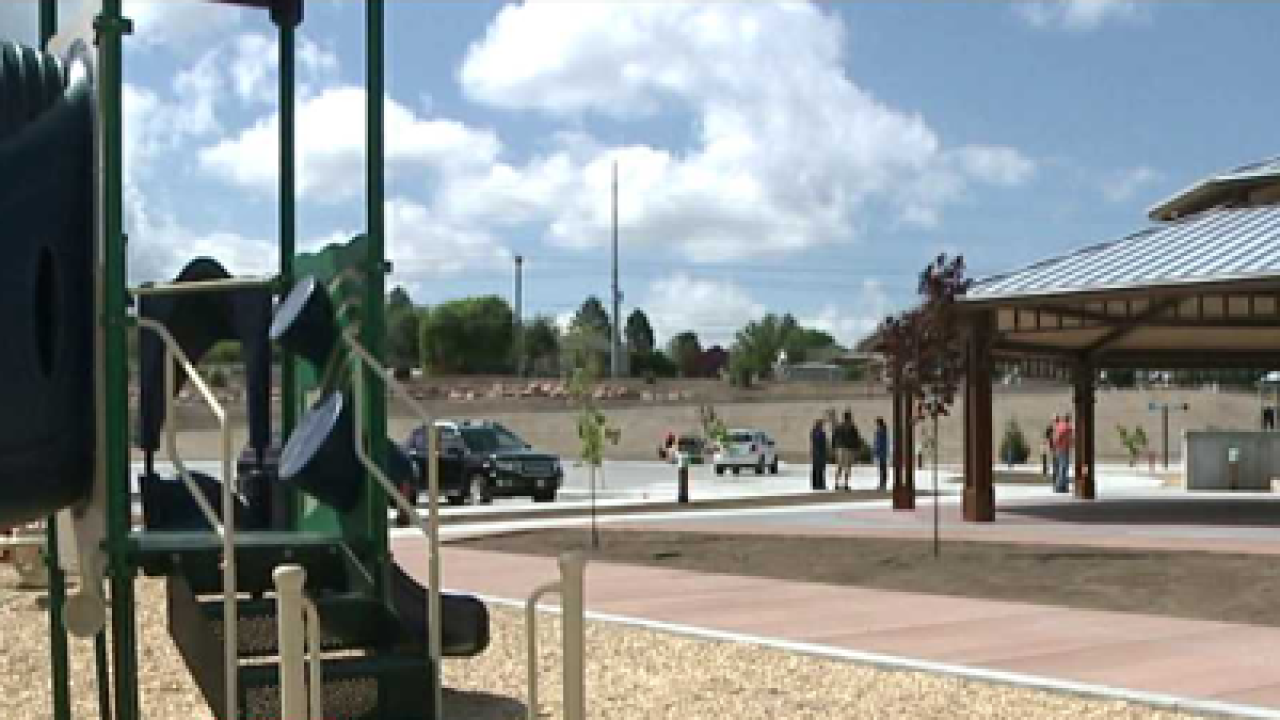 COTTONWOOD HEIGHTS - A new park in Cottonwood Heights is two weeks from opening and some residents got a sneak peek Saturday while helping spruce up the landscape.

Mountview Park sits on 11 acres at Fort Union Blvd. and 1620 East on what was once the site of a school. When the school was torn down eight years ago, leaving a large plot of open land in a built-up area, the city went to the Canyons School District with an idea for the park.

"We suggested it might be a good idea if we could collaborate and lease this land from them for one dollar a year and we would put the money in to turn it into a park," said Cottonwood Heights Mayor Kelvyn Cullimore.

The school district agreed to the terms, and the city spent $2.5 million renovating the area. The new park boasts a pavilion, numerous playground areas, tennis and basketball courts and a full-size soccer and lacrosse field and a water feature.

"Probably the feature everybody is most excited about is our splash pad," said Cullimore.

While the park doesn't officially open until May 19, residents were able to get a sneak peek on Saturday to help beautify the area.

"We invited the community to bring trees they could plant so they would have some ownership in the park," said Cullimore.

Cullimore expects the park to be one of the most popular in the city, since it's brand new and in a well-developed area.