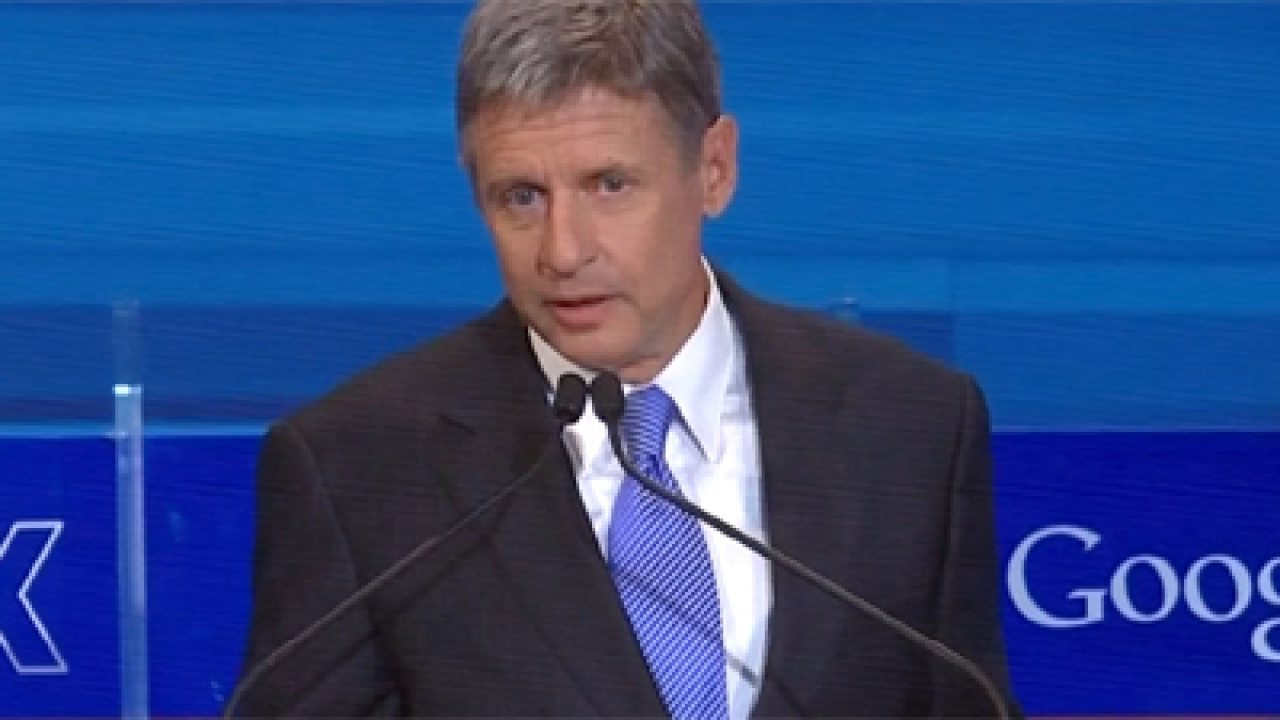 (CNN) — Former GOP presidential candidate Gary Johnson won and accepted the presidential nomination of the Libertarian Party on Saturday, which his campaign said earns him a spot on November ballots in all 50 states.

Johnson, a former governor of New Mexico and business owner, won the nomination with more than 70% of the vote at the party convention in Las Vegas. He entered the Libertarian primary race after dropping his 2012 Republican bid in late December.

He is best known for his support for the legalization of marijuana and the end of the so-called war on drugs. He supports same-sex marriage, an immediate end to the war in Afghanistan, and proposes slashing the federal budget by 43% to eliminate deficit spending.

“I think there’s a mathematical consequence to continue to print money to the tune of 43 cents to the dollar that we are spending,” he told CNN by phone after winning the nod.

“It’s a mutual sacrifice by all of us to prevent a catastrophe down the line,” he continued, saying the United States is within a decade of the fiscal collapse which hit Greece.

On the campaign trail, Johnson presents himself as an alternative to both major party candidates, especially on civil liberties issues. He has touted the hundreds of bills he vetoed as the New Mexico governor from 1995 to 2003, his successful re-election and balanced budgets enacted under his administration.

Johnson said that were he president at the time, he would have favored military action against al Qaeda in Afghanistan, but would have withdrawn U.S. troops within two to six months.

“I would get out of Afghanistan tomorrow,” Johnson said Saturday. “I want to bring our troops home.”

He appeared at two GOP presidential debates in 2011 and may be best remembered for his answer to a question on the economy. Referring to Obama administration initiatives to fund public works projects, Johnson quipped that his “next door neighbor’s two dogs have created more shovel-ready jobs than this current administration.”

Since his decision to pursue the Libertarian nomination, he has visited many state-level Libertarian conventions and held online town hall meetings with supporters.

Prior to his election as governor, Johnson started a handyman business while in college which grew to more than 1,000 employees. He has hiked Mount Everest and is an avid athlete.

In accepting the nomination, Johnson thanked his supporters and focused his sights on a day after the November election.