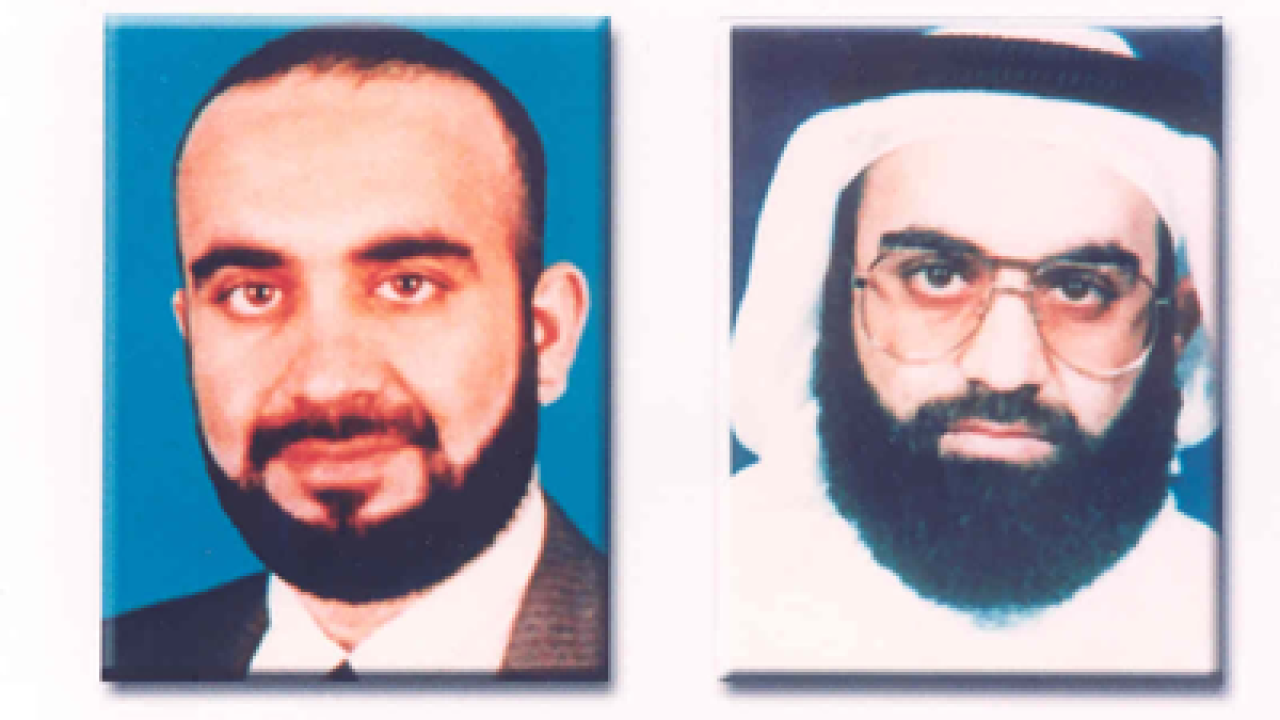 GUANTANAMO BAY, Cuba (CNN) — Silence and occasional outbursts from accused 9/11 mastermind Khalid Sheikh Mohammed and four others during their arraignment were signs of “peaceful resistance to an unjust system,” an attorney representing one of the men said Sunday.

“These men have endured years of inhumane treatment and torture,” James Connell, who is representing defendant Ali Abdul Aziz Ali, told reporters at Guantanamo Bay, the U.S. naval base where the men are being tried before a military court.

U.S. Army Brig. Gen. Mark Martins, the chief prosecutor in the case, declined to discuss the defendants’ behaviors but said the military trial process is just and impartial.

“You all saw them. You saw their reactions. I saw a process that was moving forward methodically,” he told reporters Sunday.

The attorneys’ comments came after a 13-hour court session on Saturday — the first appearance in a military courtroom for Mohammed and four others since charges were re-filed against them in connection with the September 11, 2001, terror attacks that killed nearly 3,000 people.

The hearing, which wrapped just before 10:30 p.m., offered a rare glimpse of the five men who have not been seen publicly since January 2009, when they were first charged by a military tribunal. Mohammed, Ali and the others — Walid Muhammad Salih, Mubarak bin ‘Attash, Ramzi Binalshibh and Mustafa Ahmed Adam al Hawsawi — appeared to work together to defy the judge’s instructions, refusing to speak or cooperate with courtroom protocol.

On Sunday, attorneys representing them told reporters that the proceedings had been unfair to their clients. They criticized restrictions that they said prevented them from discussing topics like torture.

“We are hamstrung … before we ever start,” said David Nevin, who is representing Mohammed. “The system is a rigged game to prevent us from doing our jobs.”

Martins said he strongly disagreed with that assessment.

“They can talk to their clients about anything,” he said.

On Saturday, silence from the defendants — some of whom ignored the judge, while others appeared to be reading — slowed the proceedings to a crawl.

Bin ‘Attash was wheeled into the courtroom in a restraining chair. It was unclear why he was the only defendant brought into court in that manner, though he was allowed out of restraints after he promised not to disrupt court proceedings. Toward the end of the day, he took off his shirt while his attorney was describing injuries she alleged he sustained while in custody.

The judge told bin ‘Attash, “No!” and warned that he would be removed from the courtroom if he did not follow directions.

At one point, bin ‘Attash made a paper airplane and placed it on top of a microphone. It was removed after a translator complained about the sound the paper made against the microphone.

Hours into Saturday’s proceeding, one of the defendants broke his silence with an outburst.

Binalshibh shouted in heavily accented English: “You may not see us anymore,” he said. “They are going to kill us.”

During recesses, the five men talked amongst each other and appeared relaxed. They passed around a copy of The Economist.

Binalshibh appeared to lead the group twice in prayer in the courtroom, once delaying the resumption of the hearing.

Mohammed, whose long beard appeared to be dyed red by henna, was much thinner than the last time he was seen publicly in a courtroom.

If convicted, they face the death penalty.

There were so many allegations behind the charges, it took more than two hours for officers of the court just to read into the record the details of the 9/11 hijackings.

The reading of the charges “provided a stirring reminder of the importance of the case,” Martins said Sunday.

“For so many people involved in this trial, the pursuit of justice is worth every moment spent,” he said.

The next hearing is scheduled for June 12. It will likely be at least a year before the case goes to trial, Pohl said.

The charges allege that the five are “responsible for the planning and execution of the attacks of Sept. 11, 2001, in New York, Washington, D.C., and Shanksville, Pa., resulting in the killing of 2,976 people,” the Defense Department said.

The military initially charged Mohammed in 2008, but President Barack Obama stopped the case as part of his effort to close the U.S. detention center at Guantanamo Bay, a U.S. naval base in Cuba.

Unable to close the center, Obama attempted to move the case to federal court in New York in 2009, only to run into a political firestorm. The plan was dropped after complaints about cost and security.

The decision was met with some criticism, including from the American Civil Liberties Union.

ACLU Executive Director Anthony D. Romero said last month that the administration is making a “terrible mistake by prosecuting the most important terrorism trials of our time in a second-tier system of justice.”