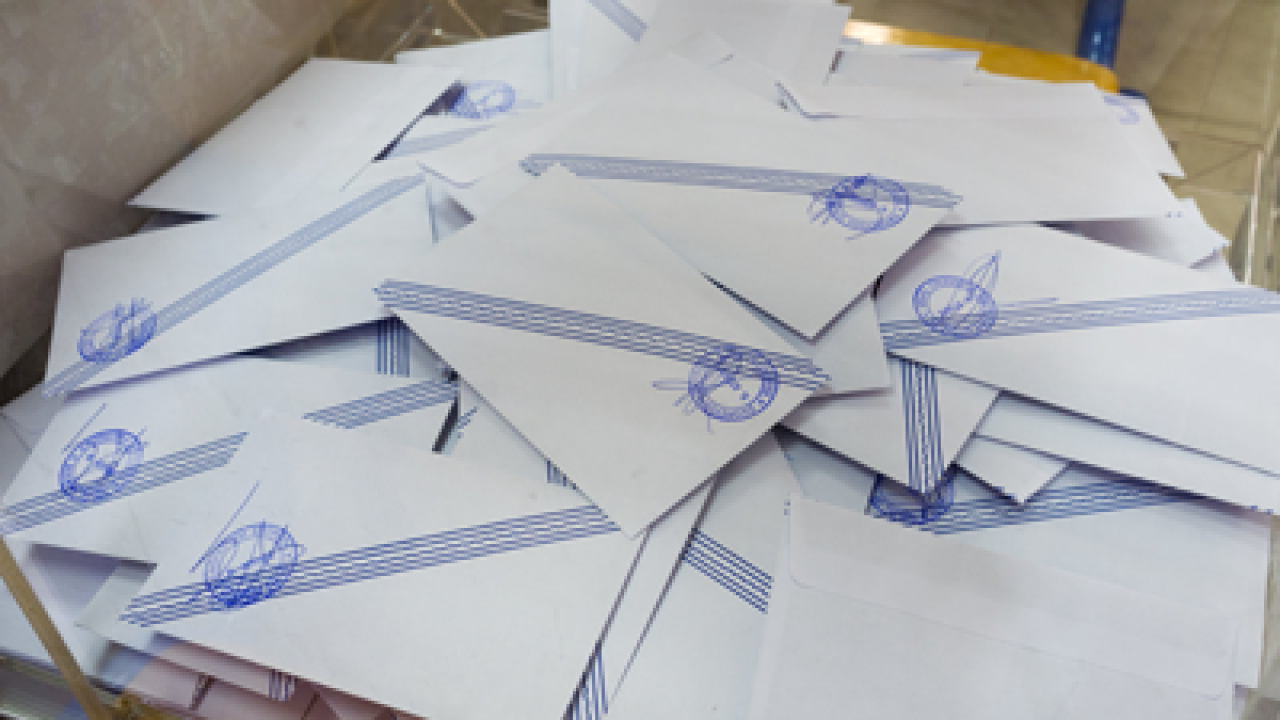 ATHENS, Greece (CNN) — While acknowledging voters’ anger at austerity measures and that his party didn’t win “a strong mandate,” the head of Greece’s right-leaning New Democracy said late Sunday that his party got more votes than any other in parliamentary elections.

No party came close to a majority, and all indications are the two parties that spearheaded the current coalition government will not combine to get over 50% of all 300 parliamentary seats. That means that a new coalition government will again have to be formed. Politicians have until May 17 to come up with a working alliance or, if they cannot, set a date for another round of elections.

New Democracy leads the pack with 19% to 20.5% of the vote, according to the exit polls, a level of support that is barely half the percentage it won in elections two years ago.

Samaras acknowledged the results were disappointing to his party, but said that — as the first-place finisher and “only pillar of political stability in Greece” — New Democracy now has even more responsibility.

If a coalition government can be formed, he said its two priorities would be to remain in the eurozone and alter existing policies, including stringent austerity measures, in order to “achieve development and offer people relief.”

“I understand people’s rage, but I will not let the country (exist) without a government,” Samaras said.

New Democracy’s coalition partner, left-leaning PASOK, had an even more stunning reversal in going from winning 44% of the vote in 2010 to between 13% and 14% on Sunday, according to the same exit polls.

PASOK’s leader, Evangelos Venizelos, said in a speech carried on state TV that he favored the formation of a unity government that is “EU-oriented, regardless of what their take is on” previously implemented measures.

Several parties that had been afterthoughts or on the fringes in Greek politics gained big on Sunday, as voters angry about stringent austerity measures turned toward them.

Coming in second place with 15.5% to 17% support, according to exit polls, was the radical leftist coalition Syriza. Its finish appeared to be far stronger than the 10% support predicted in pre-election opinion polls.

“This is a message of a peaceful revolution,” said Syriza party leader Alexis Tsipras. “European leadership and especially (German Chancellor Angela) Merkel have to understand that austerity policies have suffered defeat.”

On the other side of the political spectrum is the far-right Golden Dawn party, which got about 7% support Sunday. That could mean the party, which got far less than 1% in previous votes, will gain between 15 to 21 seats in parliament.

Its leader, Nikos Michaloliakos, gave a rousing speech saying Golden Dawn would “fight so that Greece won’t be a slave of the memorandum and of the social jungle that illegal immigrants have brought in this country.”

“Everyone who betrays Hellenism should be afraid. We are coming,” he said.

And the Community Party, which wants Greece to leave the single-currency eurozone, also saw gains winning 8 to 9% support, according to exit polls.

Yet Sokou added that she expects New Democracy and PASOK again will be part of the ruling coalition government, even though there may be notable policy changes and challenges to come — including a “renegotiation” of already approved austerity measures.

“I believe that these electoral results … show that people need a coalition government,” she said. “They also want the parties to cooperate.”

One young mother interviewed by CNN said her aim Sunday, before the voters were counted, was to “punish” pro-austerity politicians and “get rid of them for good.”

Austerity is “the wrong path,” said the woman, who did not give her name.

“Austerity measures just make people poorer and the situation does not get any better in the long term or in the short term either,” she said.

But another voter at the same polling station said politicians have been doing the right thing.

“We don’t have an alternative,” he said, saying he backed “whichever party actually understands that and wants to deal with it and wants to take these hard measures.”

He also did not give his name.

The country’s national debt threatened to force it to drop Europe’s common currency, the euro, prompting the European Central Bank and other lenders to swoop in with emergency funding last year. In exchange, they demanded that the government slash spending brutally.

Austerity measures already enacted have led to cuts in jobs, wages, pensions and benefits, and have negatively affected many people, especially pensioners and those who get state assistance.

Taxes have gone up and the national unemployment rate for January, the latest month for which figures are available, was just under 22%. Among 25- to 34-year-olds, it was nearly 29%, leading many young people to leave the country in search of work.

Furthermore, for the past two years, the country’s massive amount of debt has threatened the stability of the 17-country eurozone.

Greece pushed through a huge debt swap in March to save it from disorderly default and clear the way for it to receive a second bailout from the European Union, the European Central Bank and the International Monetary Fund, worth €130 billion ($171.5 billion).

The debt restructuring deal gave some breathing space to the eurozone bloc, where fears that Greece might collapse had increased pressure on other debt-laden nations such as Spain and Italy.

But the outcome of Sunday’s vote raises fresh questions as to whether Greece will stick with the painful path of austerity.