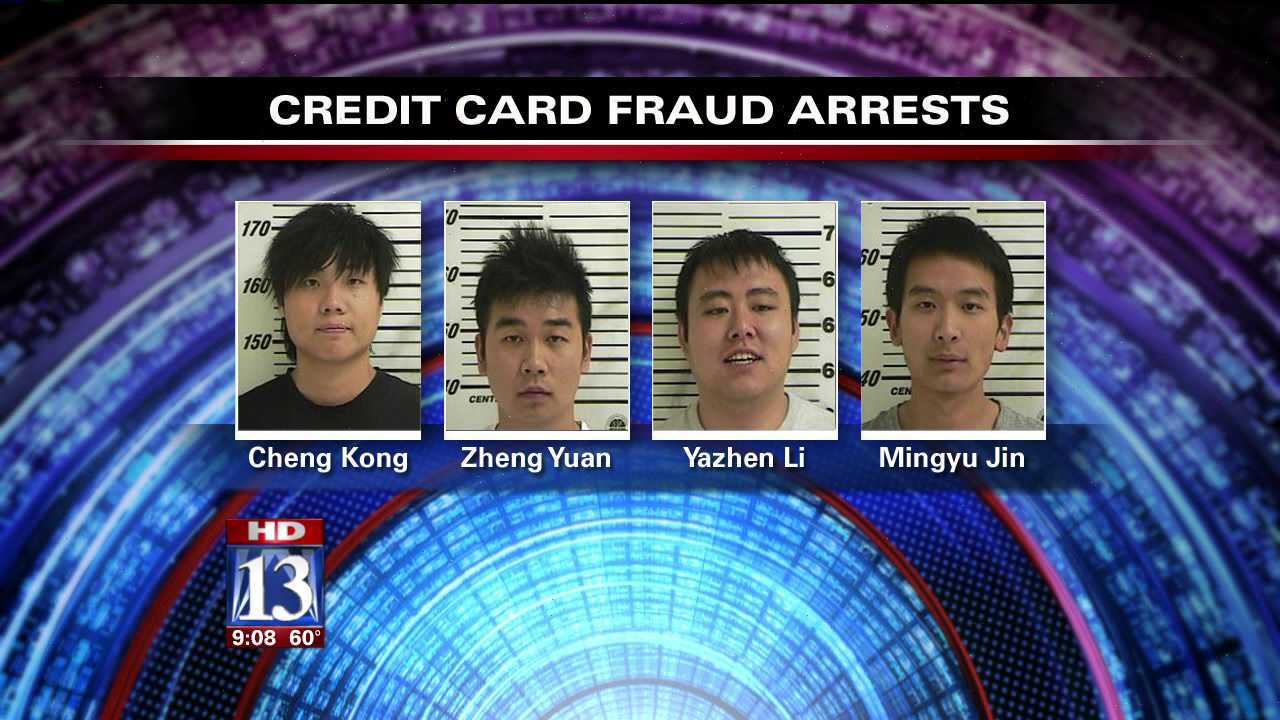 The four were arrested after leaving a Centerville Target store Monday when the store’s security identified them as possible suspects in a string of fraudulent purchases totally as much as $60,000 with a phony American Express card.

Centerville Police pulled over the suspects as they were leaving the Target parking lot. Inside their vehicle they found several “pre-loaded” Visa gift cards and a large quantity of cash.

The suspects, Yazhen Li, 26, Zheng Yuan, 25, Mingyu Jin, 21, and 23-year-old Chenlong Kong were booked into the Davis County Jail on charges of unlawful acquisition of a credit card.

Target clerks tell police that they observed one of the four using the credit card to purchase multiple $500 gift cards, totaling an amount of $7,000.

Police believe they stole the credit card number from a British man, who was visiting Florida on a business trip. They say the card was fabricated and bore the name of one of the suspects, while the number was identified belonging to Cannon Technology of Great Britain.

The four suspects indicated to Centerville Police they only spoke Chinese. Police brought in an Mandarin-speaking officer from Woods Cross Police to assist. One of the suspects carried a China passport containing an expired visa.

Centerville Police left a message with the Chinese consulate in Los Angeles regarding the arrests.