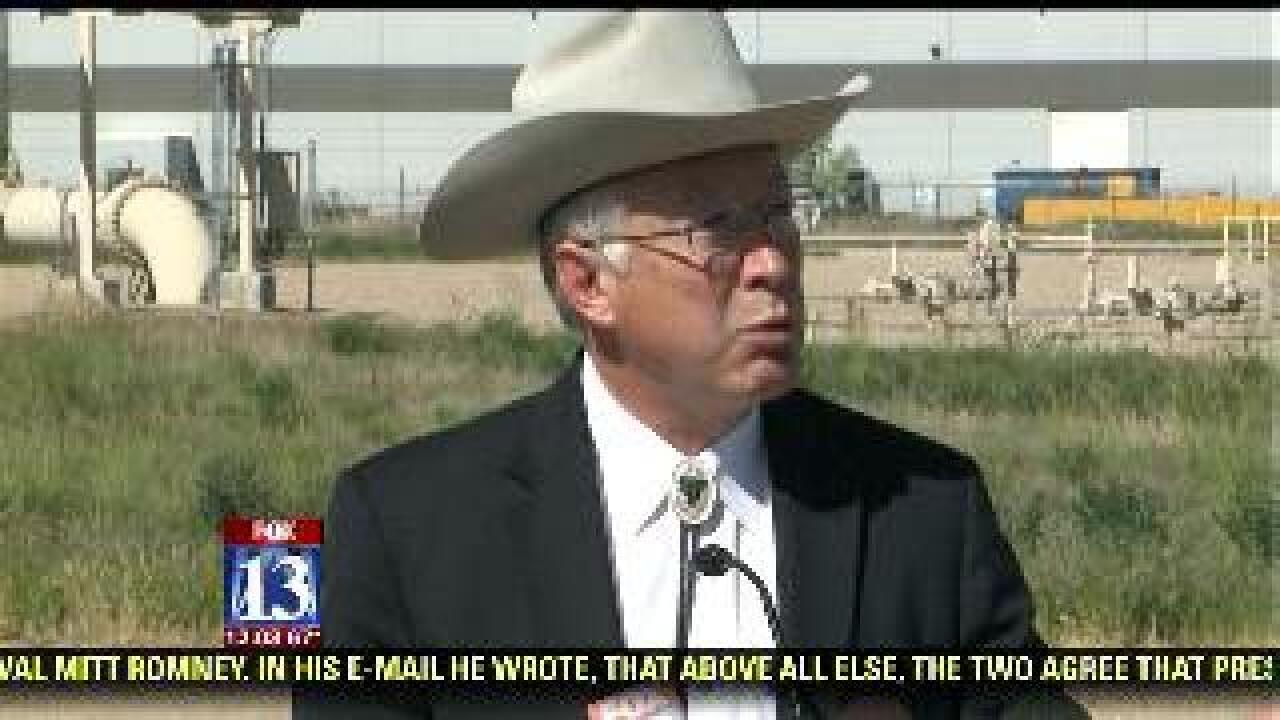 Secretary of the Interior Ken Salazar was in Utah on Tuesday to announce the expansion of oil and gas production in the Beehive State.

The plan has been in the works since 2006, and officials and conservationist came together on Tuesday to announce an agreement for natural gas drilling.

The Greater Natural Buttes Record will establish 3,600 new natural gas wells in eastern Utah over the next ten years.

Secretary of the Interior Ken Salazar said the project will create close to 4,000 new jobs in the region while safeguarding recreational lands and air quality.

A representative for the Southern Utah Wilderness Alliance said they worked closely with oil producer Anadarko to make sure the wild land was protected.

As part of the agreement, Anadarko purchased over 600 acres of land to set aside for conservation.

Utah congressmen praise the agreement, but Senator Orrin Hatch said must still needs to be done to pressure the federal government to open up state lands for development.