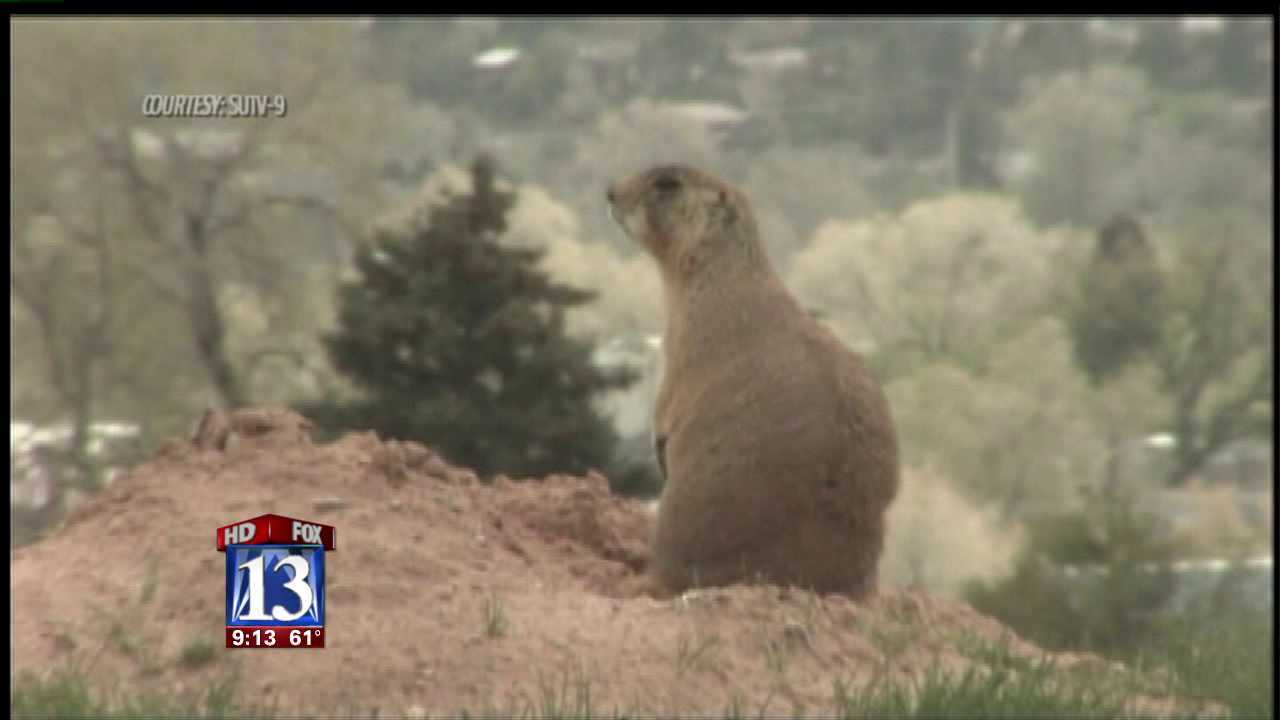 IRON COUNTY, Utah -- Several southern Utah towns are in a fight on two fronts. They are trying to contend with a growing prairie dog population that has caused millions of dollars of damage while fighting with federal agencies protecting the animal’s endangered status.

Paragonah Mayor Constance Robbinson is known as the "prairie dog lady," but it's not because she likes them. She says it’s a never ending battle trying to keep prairie dogs out of the town cemetery.

“We've had prairie dogs in our cemetery for 20 years at least,” says Robbinson. "In the summer I've counted as high as 114."

She says the holes the animals create have sunk several headstones and created hazards for those walking the grass. She found out the damage got even worse.

“We found out four or five years ago that they were going down into the graves and getting in the coffins,” Robbinson said. "When we found that out, we were devastated."

Robbinson says she has asked Utah Division of Wildlife Resources for help. But because the Utah Prairie Dog’s status as an endangered species they tell her no harm without a proper permit can come to the animals.

“Hands off, we can't even step on their holes because then we get accused of harassing them. When they told me that I hung up on them,” said the mayor.

A few miles away at the Parowan Airport the prairie dog infestation has gotten so bad that areas along the runway has started to crumble.

“They burrow in and go in underneath the runway, and then it collapses the runway,” says Parowan City Councilman Dennis Gaede.

The airport has taken measures by putting up a special border fence, but colonies of prairie dogs had already taken root.

Gaede says he is frustrated because nobody can touch the animals and he is watching the airport being destroyed.

Federal law allows a 60-day period in July and August for prairie dogs to be captured and released elsewhere.

“We transported over 800 dogs last year, not just from the airport, but also from the cemetery, soccer fields, and golf course.” says Gaede.

Local leaders reached out to senators Orrin Hatch and Mike Lee and showed them the damage that was done.

“I think it's a disaster that we can't take care of those prairie dogs,” says Hatch. “At the airport, all we need is just one crash because the runway caved in.”

Hatch says a bill has since been filed to address the problems. The proposed change in the policy which protects endangered species is called the 4D Rule (found here). If approved, it would allow the extermination of prairie dogs where the species creates human safety hazards or disturbs cultural or burial sites.