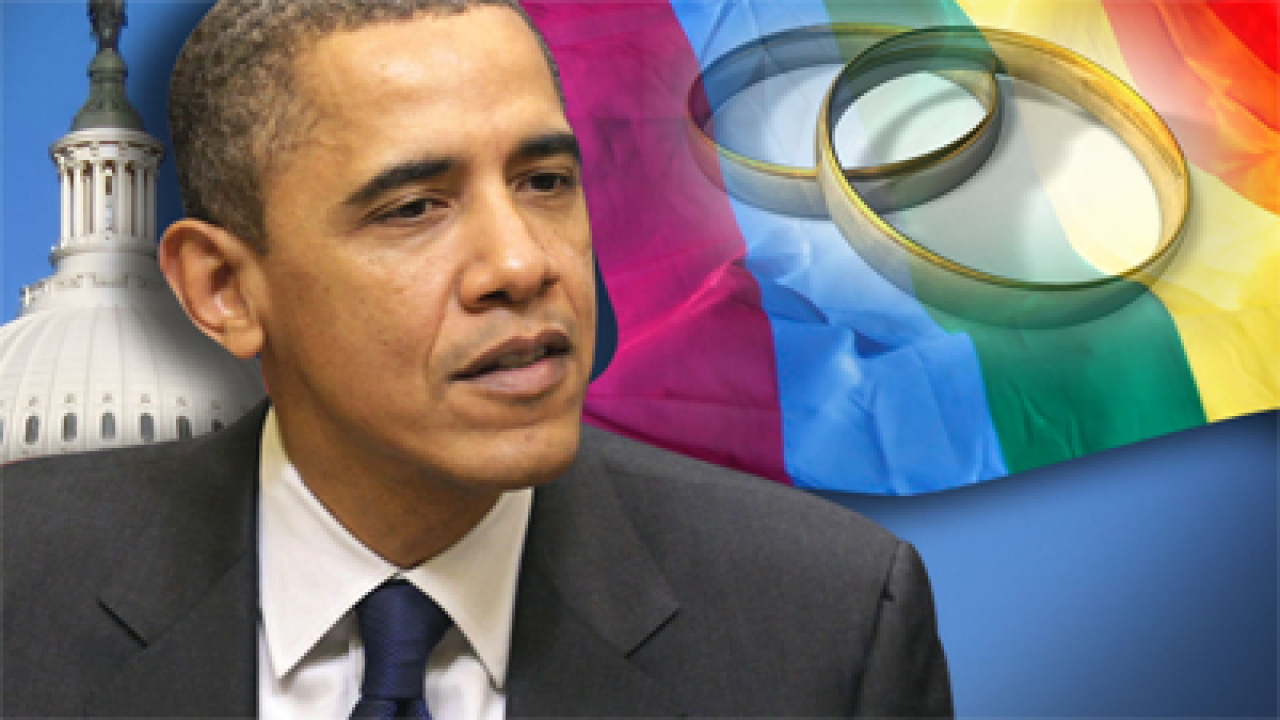 (CNN) — U.S. President Barack Obama’s endorsement of gay marriage on Wednesday outraged conservative Christian leaders, who vowed to use it as an organizing tool in the 2012 elections, but the move is also activating the liberal base, raising big questions about who gains and loses politically.

“It cuts both ways – it activates both Democratic and Republican base voters,” said John Green, an expert on religion and politics at the University of Akron. “The most likely effect is that it makes an already close election even closer.”

In an interview with ABC News, Obama said, “At a certain point I’ve just concluded that for me personally it is important for me to go ahead and affirm that I think same-sex couples should be able to get married.”

The announcement puts Obama at odds with presumptive Republican presidential nominee Mitt Romney, who opposes same-sex marriage and who voiced that opposition in an interview on Wednesday.

“Considering that 10of the 16 battleground states have marriage amendments that could be overturned by the president’s new policy position on marriage, today’s announcement almost ensures that marriage will again be a major issue in the presidential election,” said Tony Perkins, president of the Family Research Council.

“The president has provided a clear contrast between him and his challenger, Mitt Romney,” Perkins continued. “Romney, who has signed a pledge to support a marriage protection amendment to the U.S. Constitution, may have been handed the key to social conservative support by President Obama.”

Obama stressed in the interview that his support was personal and that he would leave the issue of marriage to the states. But many conservatives chafed at the idea that the president’s personal views would not affect public policy.

Ralph Reed, a top organizer among religious conservatives, said Obama’s announcement was a “gift to the Romney campaign.”

Romney, a Mormon who has evolved to a more conservative position on hot button social issues, has struggled with his party’s largely evangelical conservative base in the primaries. But Reed said Obama’s gay marriage support would help Romney in many battleground states.

“This decision may have made Barack Obama a one-term president,” Bob Vander Plaats the head of The Family Leader, a conservative faith group focused on politics in Iowa, said. This will stoke a part of the religious base even more against Obama, Vander Plaats said. “They were already fired up to get rid of Obama. This will only make them more on fire to get rid of Obama. And if I’m Romney today, I’m smiling,” he said.

Green said that public opinion about gay marriage has been shifting dramatically in recent years, with some polls showing more support than opposition. Green said that in many battlegrounds, including Ohio, it’s impossible to nail down current public opinion on same-sex marriage. A Gallup Poll conducted this month found that 50% of American adults support legal recognition of same-sex marriage, while 48% oppose it.

Reed noted that same-sex marriage bans have passed in virtually every state they have appeared on the ballot, including in North Carolina on Tuesday. That’s a typically red state that Obama won in 2008 and that is the site of the Democrat’s 2012 convention.

In his interview with ABC, Obama talked about squaring his decision with his personal religious faith.

“We are both practicing Christians and obviously this position may be considered to put us at odds with the views of others,” Obama said, referencing his wife, Michelle.

“But, you know, when we think about our faith, the thing at root that we think about is, not only Christ sacrificing himself on our behalf, but it’s also the Golden Rule,” he said. “Treat others the way you would want to be treated.”

One key Obama constituency that may be angered by his Wednesday announcement is African-Americans, who tend to be more religious than whites. Though they hew heavily Democratic, African-Americans are generally conservative on social issues like gay marriage.