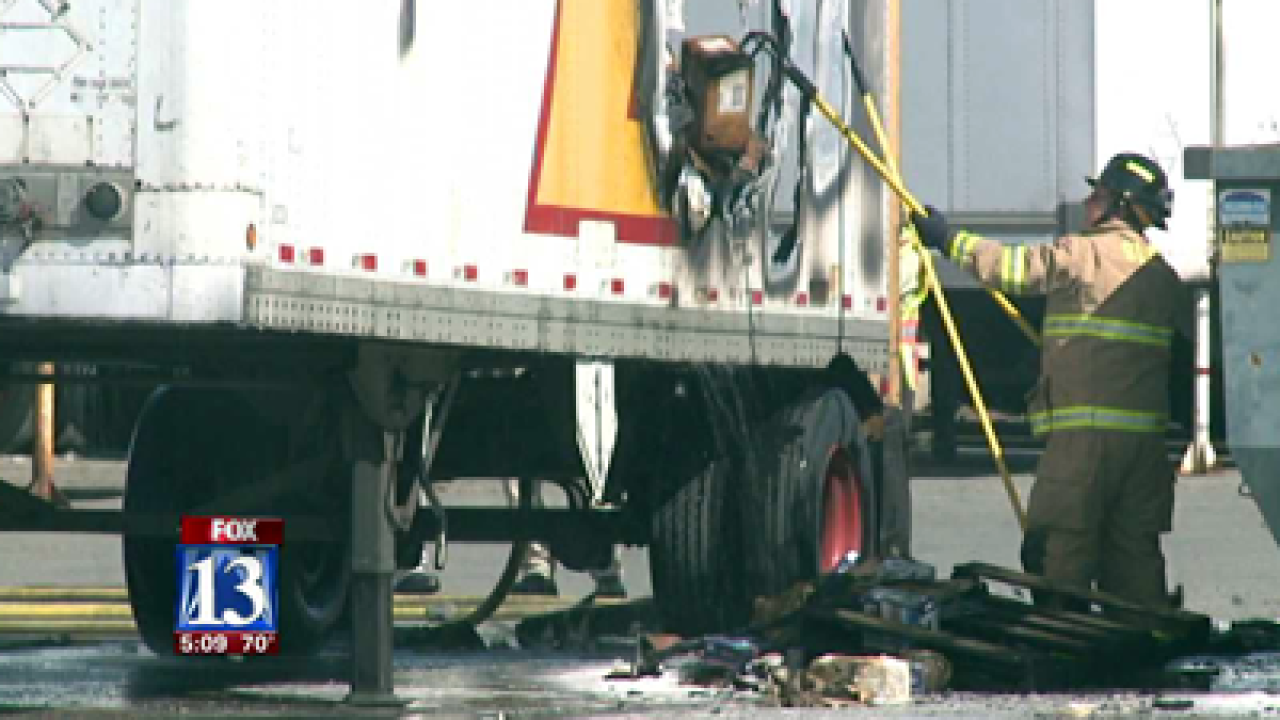 A semi trailer burst into flames on the lot of a shipping service center in Salt Lake City on Thursday morning.

Firefighters say that when they arrived on scene of the fire, located near 1900 South Industrial Road (1900 West), at around 10 a.m., the semi was fully engulfed in flames.

Investigators say there was an acid spill during the truck’s previous run and the chemicals used to clean the spill combined, causing heat that ignited the fire. Firefighters were able to put out the blaze and no one was injured.

“The chemicals combined, produced a lot of heat and when the new load was put on, there’s a spontaneous combustion that produced a fire,” said Jason Asay, Salt Lake City Fire Dept.

A hazmat team was called in to clean up possible hazardous substances, but the cargo only contained packages of batteries and baby food.