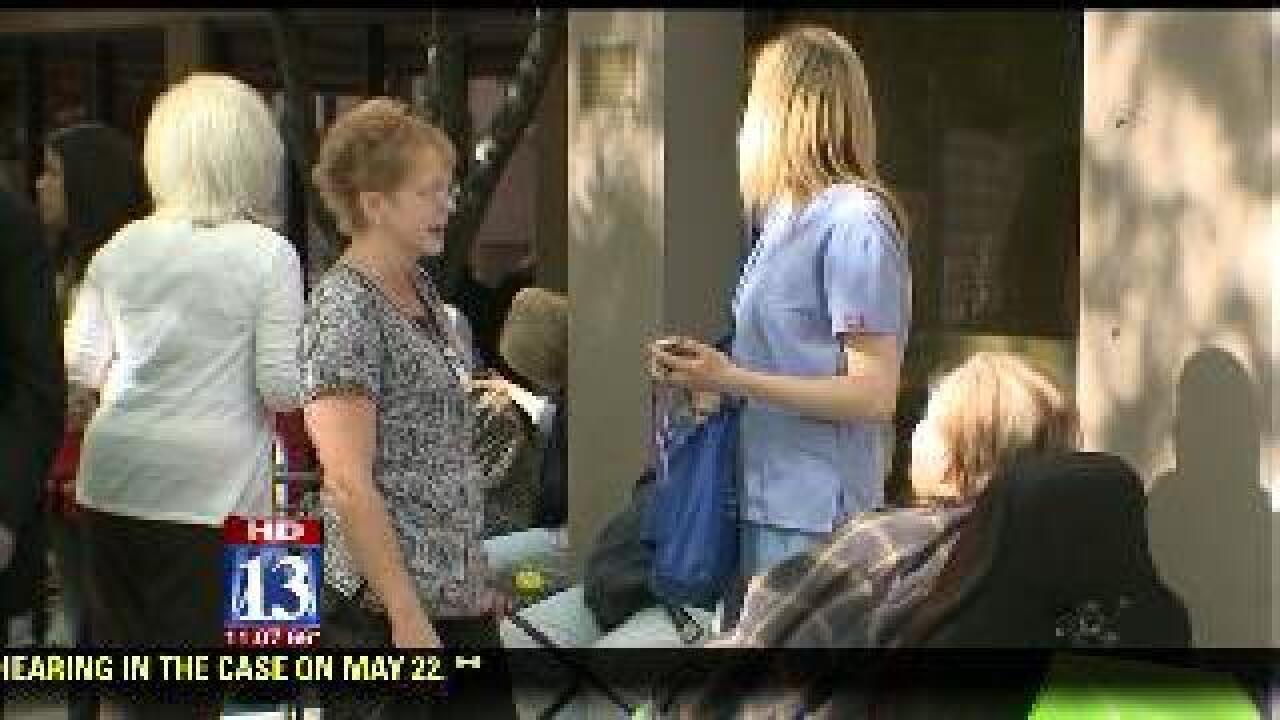 SALT LAKE CITY -- Two people have been displaced after a fire at a senior housing apartment building near 100 South and 200 West in Salt Lake City on Thursday morning.  No injuries have been reported.

The fire started on the tenth floor of the 15-story building.  Officials said a man was cooking and left the kitchen for just a moment when a grease fire started.

A sprinkler came on and contained the fire quickly.  Many residents in the building evacuated themselves, but a few needed assistance.  A woman in the apartment directly below where the fire started was rescued by fire fighters.

"A lot of people who live here are handicapped and have some special needs," said Chief Baldwin.  He said they usually shelter people in place unless they are in immediate danger in this type of situation.  "We did have one person that we had to do forcible entry and get them removed from their apartment."

Water from the sprinkler has caused damage from the tenth floor to the first, and it may be several hours before most people can return to their homes, said Chief Baldwin.