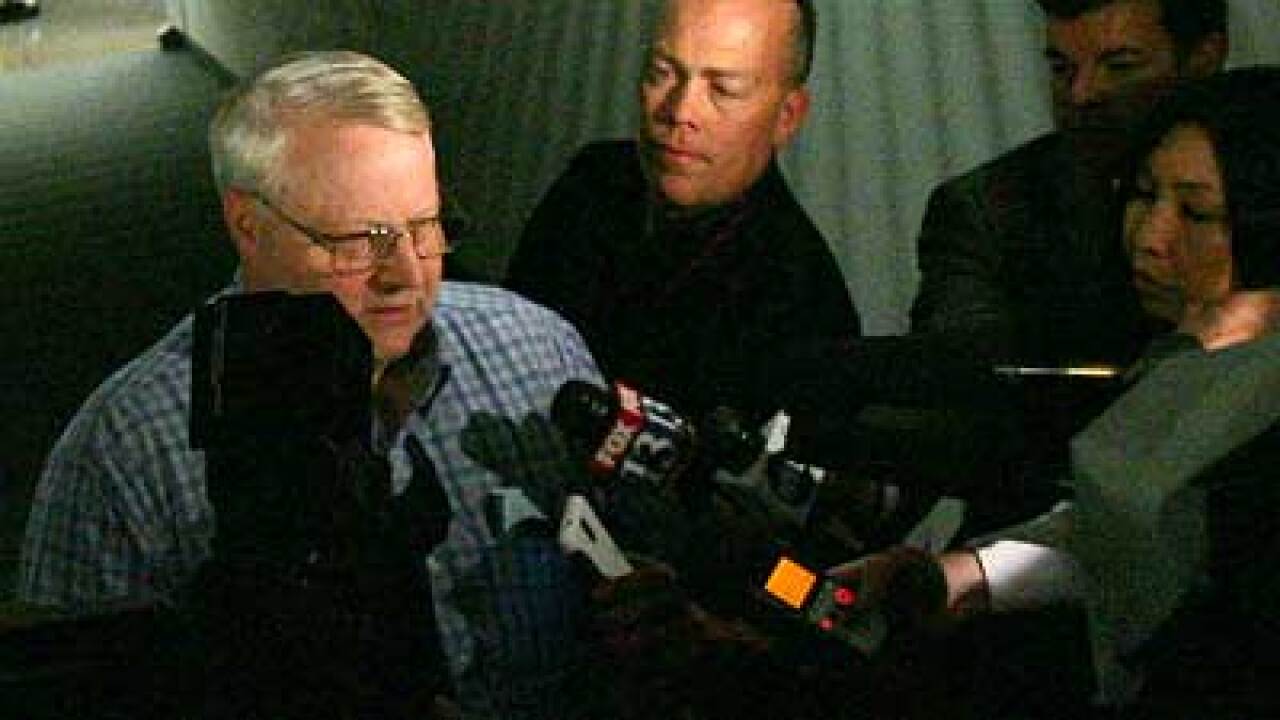 Chuck Cox, who is the father of Susan Powell, talks to reporters on May 14. (Pool Photo)

SEATTLE -- The lawyer for the family of missing West Valley City mother Susan Cox Powell is renewing her request to get access to police investigative files in the high-profile missing person's case.

As the voyeurism trial of Susan's father-in-law, Steven Powell, got under way in Tacoma, Anne Bremner said she has been told she will be able to view the files on the disappearance from Washington authorities.

"I've been told in Pierce County I'll get all these images, I'll get everything about Susan, anything in the joint investigation dealing with West Valley City on Josh Powell, dealing with Susan's disappearance," she said Wednesday.

Bremner served public records requests on both the Pierce County Sheriff's Department and the West Valley City Police Department, asking to see their files as a representative of a crime victim's family. Utah authorities have rejected news media records requests, citing the ongoing investigation into Susan's 2009 disappearance and the threat of potential litigation.

After Josh Powell, the police's "person of interest" in Susan's disappearance, killed himself and the couple's children, the Cox family has said it is contemplating a lawsuit over how the investigation was handled. Bremner said a 10-day deadline for a response from West Valley City police has come and gone with no response.

In an interview with FOX 13, Bremner said she is willing to take West Valley City police to court to force them to comply with her records request.

"Could there be a lawsuit? Absolutely, to get records," she said. "If we have to take that step, we'll take it."

West Valley City Police Sgt. Mike Powell (no relation to the Powell family) who acts as a spokesman for the department, told FOX 13 late Wednesday they are aware of her records request and are planning a response. Bremner said she would not take any action until after Steven Powell's trial ended.

Detectives from the West Valley City Police Department will be testifying in Tacoma on Monday.