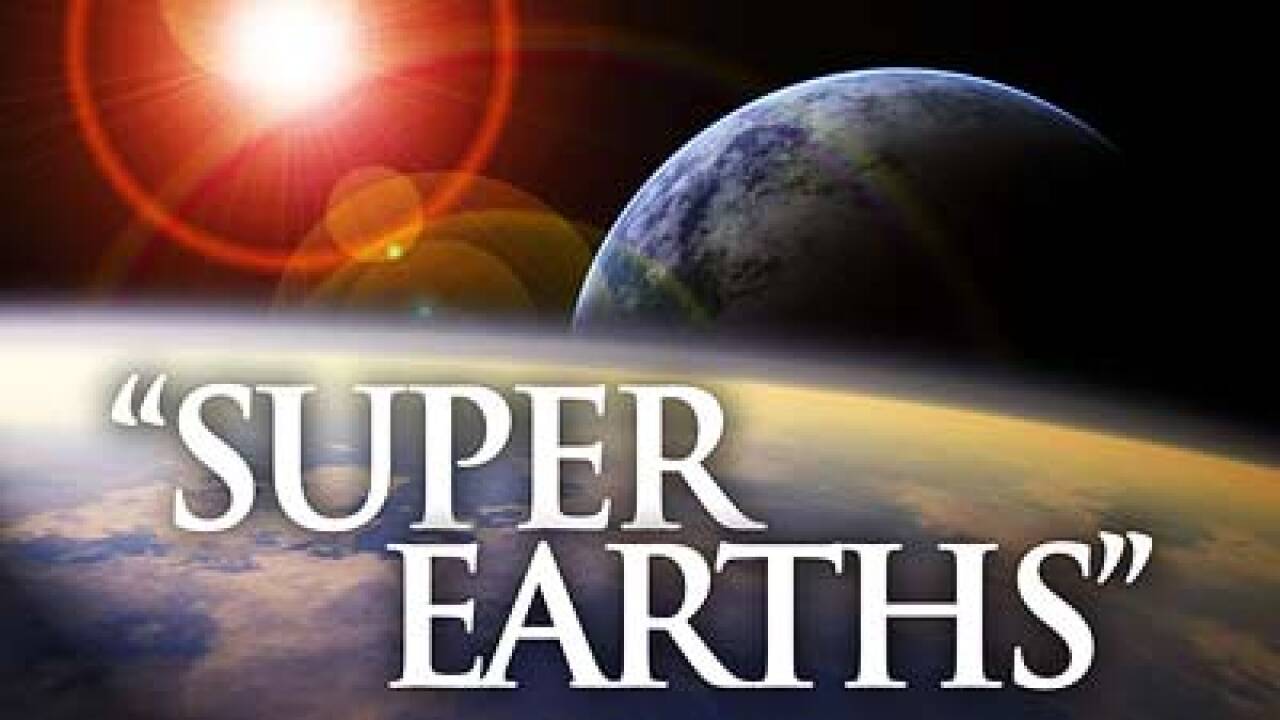 By Amanda Barnett
(CNN) — For the first time, light coming directly from a “super-Earth” planet outside our solar system has been detected.

Super-Earths are up to 10 times more massive than our Earth, but lighter than gas giants like Neptune, NASA says. They can be made of gas, rock or a combination of both. Some scientists believe super-Earths have a better chance of being habitable than planets closer to the size of Earth.

Super-Earth 55 Cancri e was discovered in 2004. Spitzer and other telescopes already have recorded how light from the planet changed as it passed in front of its star. In the new study, Spitzer measured how much infrared light comes from the planet itself.

The new data indicates the planet is probably dark, and that its sun-facing side is more than 3,140 degrees Fahrenheit (2,000 Kelvin), hot enough to melt metal. NASA says the new information is consistent with an earlier theory that 55 Cancri e has a rocky core wrapped in a layer of water (both liquid and gas). The planet is believed to be topped by a blanket of steam.

NASA says in a statement that Spitzer’s discovery is historic and will help in the search for life on other planets.

“Spitzer has amazed us yet again,” said Bill Danchi, a NASA Spitzer program scientist in Washington. “The spacecraft is pioneering the study of atmospheres of distant planets and paving the way for NASA’s upcoming James Webb Space Telescope to apply a similar technique on potentially habitable planets.”

The James Webb Space Telescope is scheduled to launch in 2018 and scientists hope it will be able to reveal even more about 55 Cancri e’s composition.