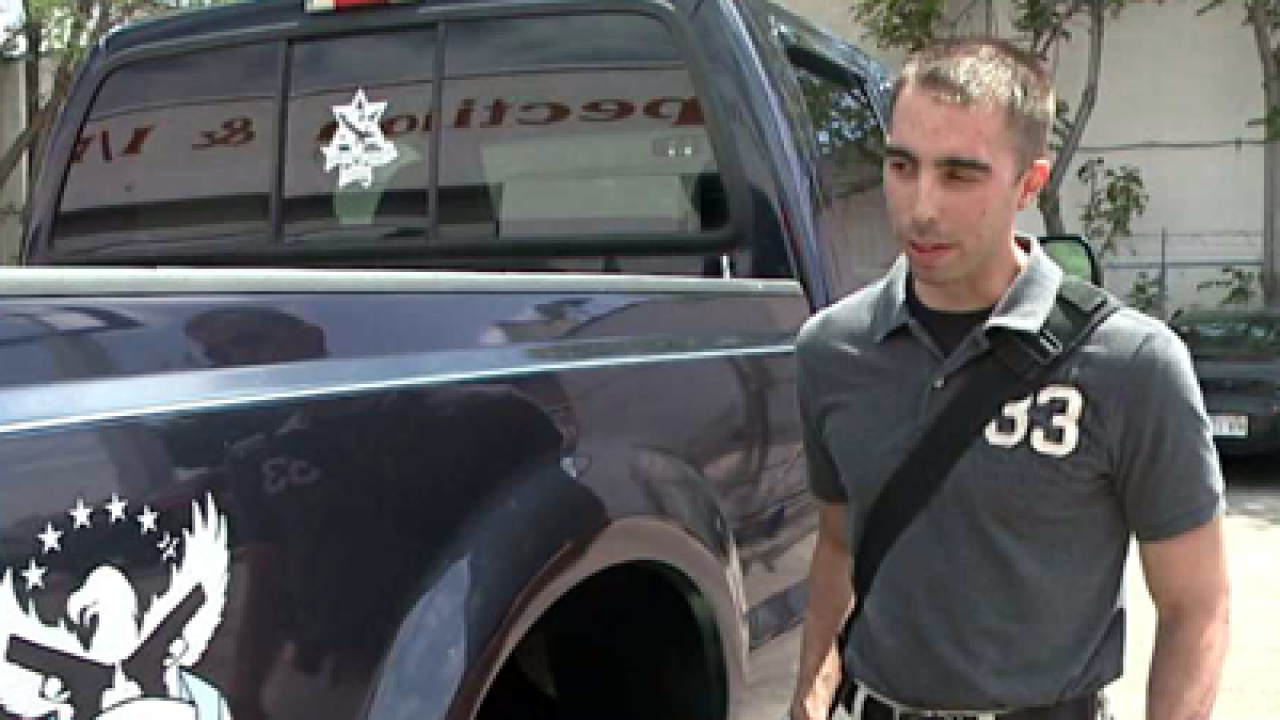 OGDEN - One of the officers injured in a fatal January shootout received a big surprise on Thursday.

Officer Michael Rounkles suffered gunshots to his arm, torso and face when an execution of a drug-related search warrant to the home of Matthew David Stewart turned deadly, as Stewart allegedly shot and killed Officer Jared Francom and injured five other officers.

Rounkles' friend Travis worked with almost a dozen Utah businesses to give the injured officer's Ford F-250 truck an overhaul to show their appreciation for his service.

"'It's just a big thank you, just to say we appreciate what the officers do. We can't help everybody like the soldiers and stuff, but the local community just wanted to get together and say thanks for what you do," said Fred Westra, shop foreman for Fat Bob's.

The overhaul included the placement of symbols on the truck. Stars represented Rounkles and the other officers involved in the incident and a commemorative patch honored Francom.

Rounkles said he is overwhelmed with the outpouring of support from the community.

"'It's extremely overwhelming to know that our business owners and other people in the community care this much--it means a lot," said Rounkles.

Stewart is expected in court next Monday for a status hearing in the murder case against him. He's accused of killing Francom and wounding the other officers. Prosecutors are seeking the death penalty in the case.