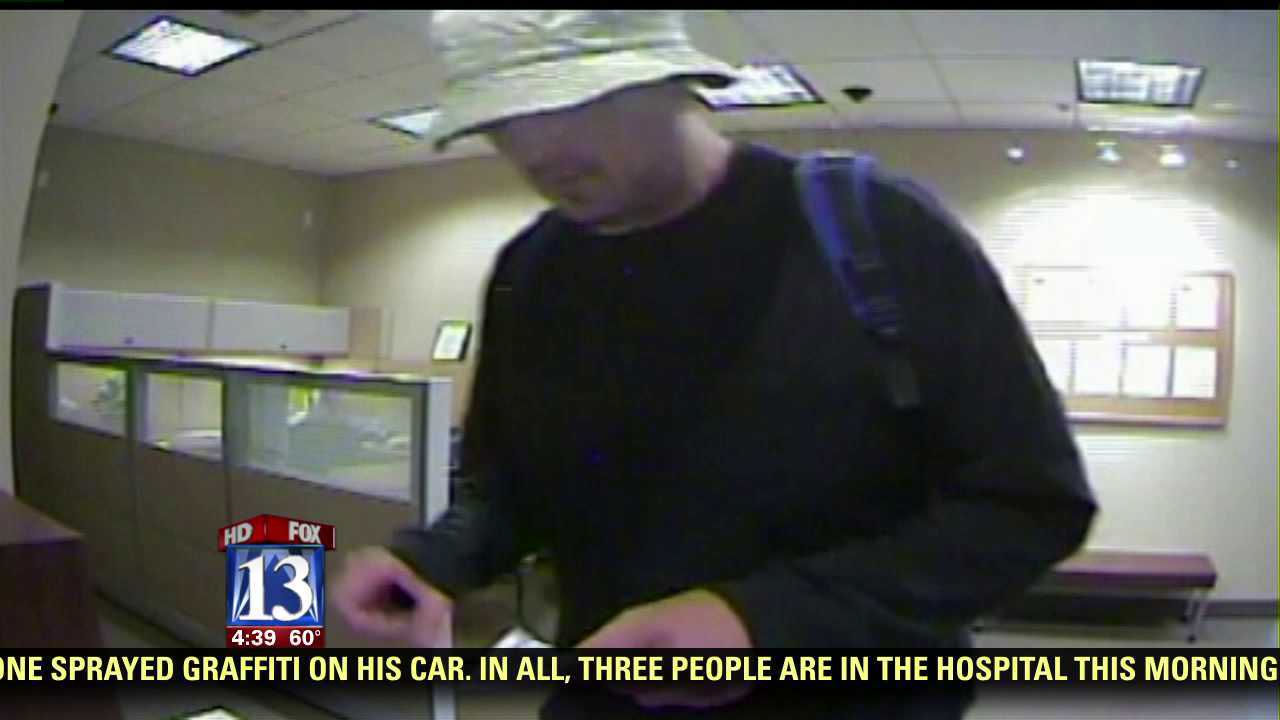 Surveillance image of the suspect in the Key Bank robbery.

Sandy Police are looking for suspects in two bank robberies.

The first robbery was in Sandy at the Key Bank at 8625 South Highland Drive around 4:30 p.m. Wednesday.  A man handed a note to the teller asking for money and stating he had a weapon.

The teller gave him an undisclosed amount of cash and the man took off.

He was last seen wearing a beige fishing hat with pink lettering as well as baggy shorts and a dark sweatshirt.

A second robbery happened around 9:30 p.m. Wednesday at the Wells Fargo Bank on 100th South State Street in Sandy.

A woman said she stepped out of her car to make a deposit and a man with a gun took the money from her and ran off.

She was not injured and said she did not get a good look at him, but she does say he was wearing a gray hoodie and gray beenie.  She said he was holding a silver gun.