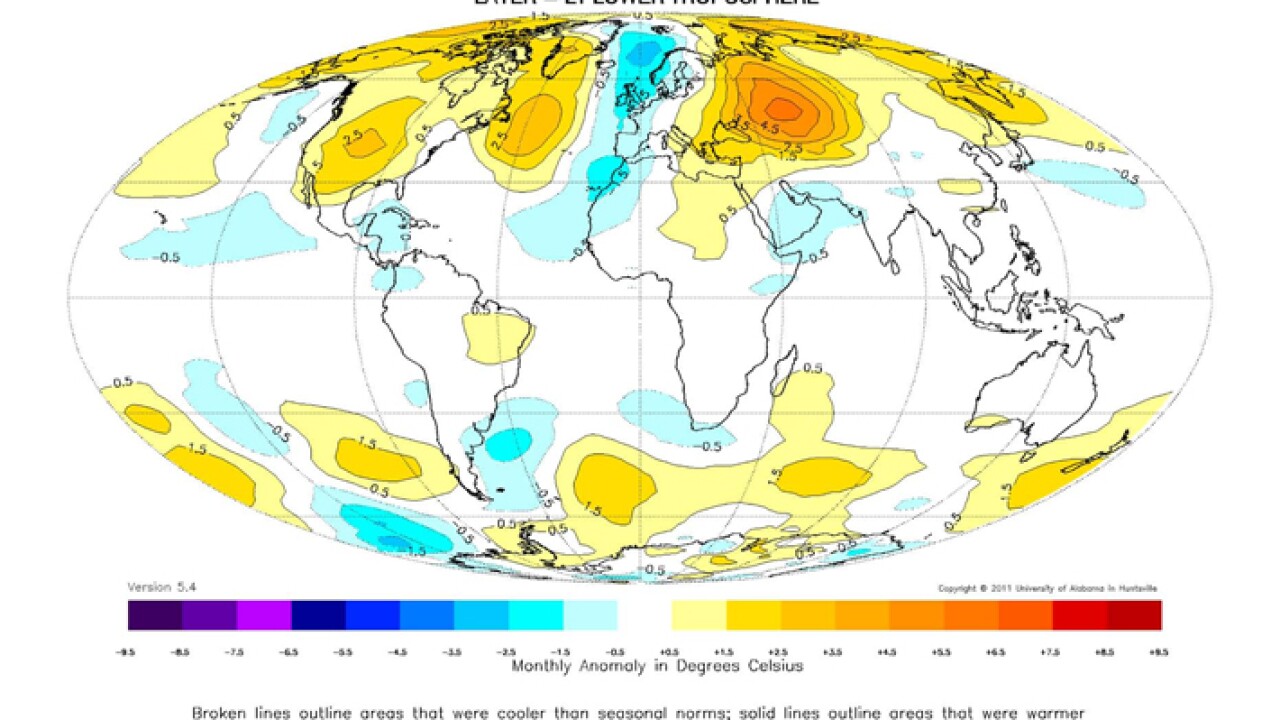 Here is a look at the basics of the April Global Temperature Report (The satellite-based instruments measure the temperature of the atmosphere from the surface up to an altitude of about eight kilometers above sea level. As part of an ongoing joint project between UAHuntsville, NOAA and NASA, John Christy, a professor of atmospheric science and director of the Earth System Science Center (ESSC) at The University of Alabama in Huntsville, and Dr. Roy Spencer, an ESSC principal scientist, use data gathered by advanced microwave sounding units on NOAA and NASA satellites to get accurate temperature readings for almost all regions of the Earth.)

April 2012 was the fourth warmest April in the temperature record both globally and in the Northern Hemisphere.