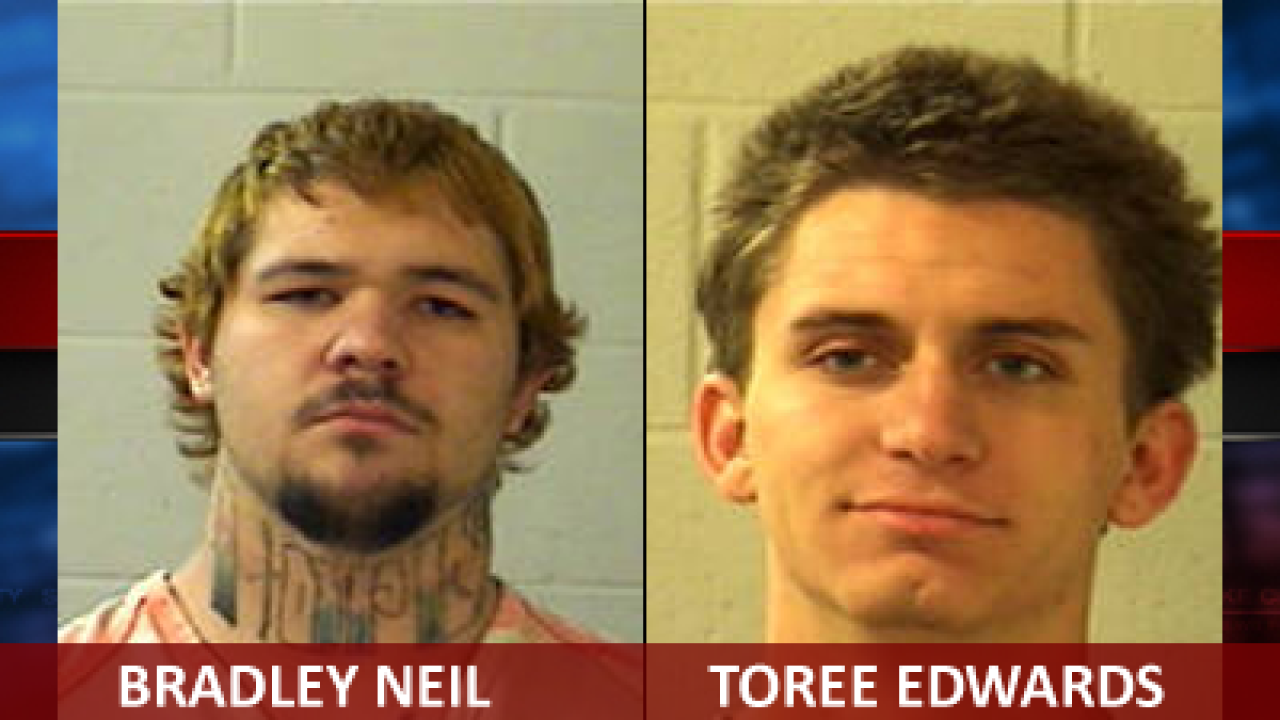 ST. GEORGE – A St. George man who shot an intruder in his home earlier this week is also facing legal trouble.

According to a press release from the St. George Police Dept., officers arrived at the apartment of 20-year-old Stephen Porkay just before 9 a.m. Thursday on reports of a burglary. Porkay said that some people had broken into his apartment and he’d shot one of them before the intruders fled in a black car.

Officers interviewed four people who had arrived in a black car and dropped off the wounded man. They arrested a female juvenile, 18-year-old Toree Edwards and 20-year-old Bradley Neil in connection with the alleged burglary.

The fourth suspect suffered the gunshot wound, and that person’s identity has not yet been released. Charges against that suspect will be made when he is released from the hospital, St. George Police said.

Upon further investigation of Porkay’s apartment, officers detected an odor that appeared to be marijuana and obtained a search warrant, discovering a quantity of the drug in the home. Porkay was arrested for possession of marijuana and drug paraphernalia, both class A misdemeanors, and possession of a firearm by a restricted person, a third degree felony.