From horseback-riding to a wheelchair and back 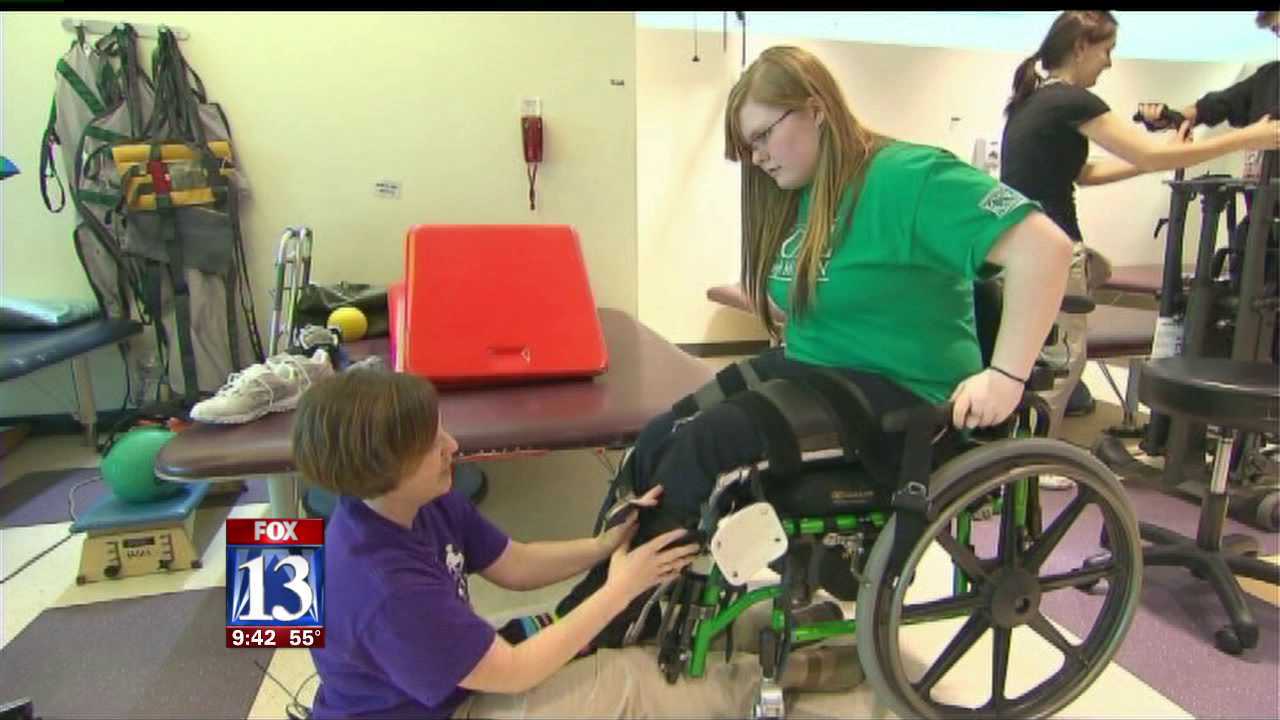 (CNN) North East, Maryland -- Editor's note: In the Human Factor, we profile survivors who have overcome the odds. Confronting a life obstacle -- injury, illness or other hardship -- they tapped their inner strength and found resilience they didn't know they possessed. This week Krystal Greco, 16, shares her story about pursuing her passion despite a life-changing injury.

Ever since the age of four, I've been a horseback rider. It never occurred to me that a day might come when I wouldn't be able to ride. But March 7, 2010, was that day.

It was a normal Sunday afternoon. As usual, I had woken up late. I was showering and started feeling some cramping in my lower back, which wasn't uncommon because I was being treated for a stress fracture in my lumbar spine. I was out of the shower and partially dressed when it happened -- the explosion of pain.

I screamed for help and my mother rushed in. She managed to help me up off the bathroom floor and helped me finish getting dressed. We made it down the stairs, into the kitchen and through the garage door before my legs started giving out. At this point, my parents had to half carry, half drag me out to our vehicle.

It was only a matter of minutes, but I had already lost the strength and feeling in my legs; my parents had to completely lift me into the truck.

As we drove the 40 minutes to the hospital, I remember constantly trying to move my legs and repeatedly being frustrated that they wouldn't cooperate. At that point, I was still able to move and feel my toes, but nothing else below my waist. When we arrived at the hospital at around 4 p.m., I was immediately taken for X-rays and an MRI.

My diagnosis was a ruptured disk which bruised my spinal cord. A doctor explained that this was a very rare condition for a child or teenager and that surgery was needed to decompress my spine. By 5 a.m. on Monday, March 8, I was being wheeled into surgery. The surgeon was able to successfully decompress my spine, but it did not cure my paralysis.

I was tested numerous times to establish why my disk ruptured, but the cause was never determined. All they could tell me was that I was paralyzed from the waist down.

It was only 10 days before they transferred me to the Kennedy Krieger Institute in Baltimore, home of the International Center for Spinal Cord Injury. I spent nearly nine weeks as an inpatient, where - through intensive rehabilitation - I was taught how to be independent and through physical therapy, rebuild muscle strength and nervous system connections.

This is also where I learned that it might be possible to ride a horse again, even though I was paralyzed. That place was called Freedom Hills Therapeutic Riding Program, in Port Deposit, Maryland. Due to my surgery, I wasn't able to ride at the time, but I made sure to keep it in the back of my mind.

Five months after my injury, I went back to school for the first time. It was not without its challenges. Getting around the school on my own and talking with people was difficult. It was almost impossible for me to look people in the eye, and I got many stares on my first day. I managed, though, and each day it became a little easier.

By October, I had recovered enough to consider riding again. Freedom Hills offers a unique program called hippotherapy. It is a form of physical therapy using the characteristic movements of a horse to help a patient increase trunk strength and control, balance and overall posture strength and endurance. Two weeks later, I was on my way to Freedom Hills, feeling excited and nervous. I was nervous that my body wouldn't be capable of physically doing what I wanted it to do.

Before, I was an accomplished horseback rider, and I didn't give a single thought as to how different my life would be without the use of my legs. Now, I had to expect the impossible.

Almost immediately after arriving at the farm, I was thrown into the situation I feared the most -- getting on the horse. It was tricky. I had to transfer straight from my chair onto the horse's back, but once I was on, all of that nervousness went away. I was grinning from ear to ear.

For my first ride, someone led the horse and two people walked on either side of me for support. I was hooked on horses (again!) and began riding twice a week. I never imagined how much you could miss by simply not being able to control the lower half of your body, never mind a horse. I had never noticed how much I took for granted.

I continued to ride for five months before something amazing happened. I was at Kennedy Krieger for an evaluation of my recovery, and I was able to move my legs for the first time. I believe this small portion of recovery was brought about by the unique combination of innovative activity-based restorative therapy and the therapeutic horseback riding.

Now, a year and a half later, at the age of 16, I ride independently and compete year-round. I am also a volunteer at Freedom Hills. I love being able to share my passion and show people, that riding as a para-equestrian isn't much different from riding as an able-bodied person. I also continue my rehabilitation at Kennedy Krieger.

Looking ahead, two of my goals are walking across the stage at my high school graduation from North East High School in North East, Maryland, as well as competing in the U.S. Paralympics for para-dressage.

I would also like to help and encourage others to live an active life in their wheelchairs. There are so many activities for people with disabilities including basketball, tennis, skiing, and archery.

Having a spinal cord injury doesn't have to mean an end to the hobbies and sports that you love; it just means having a view from a different angle.