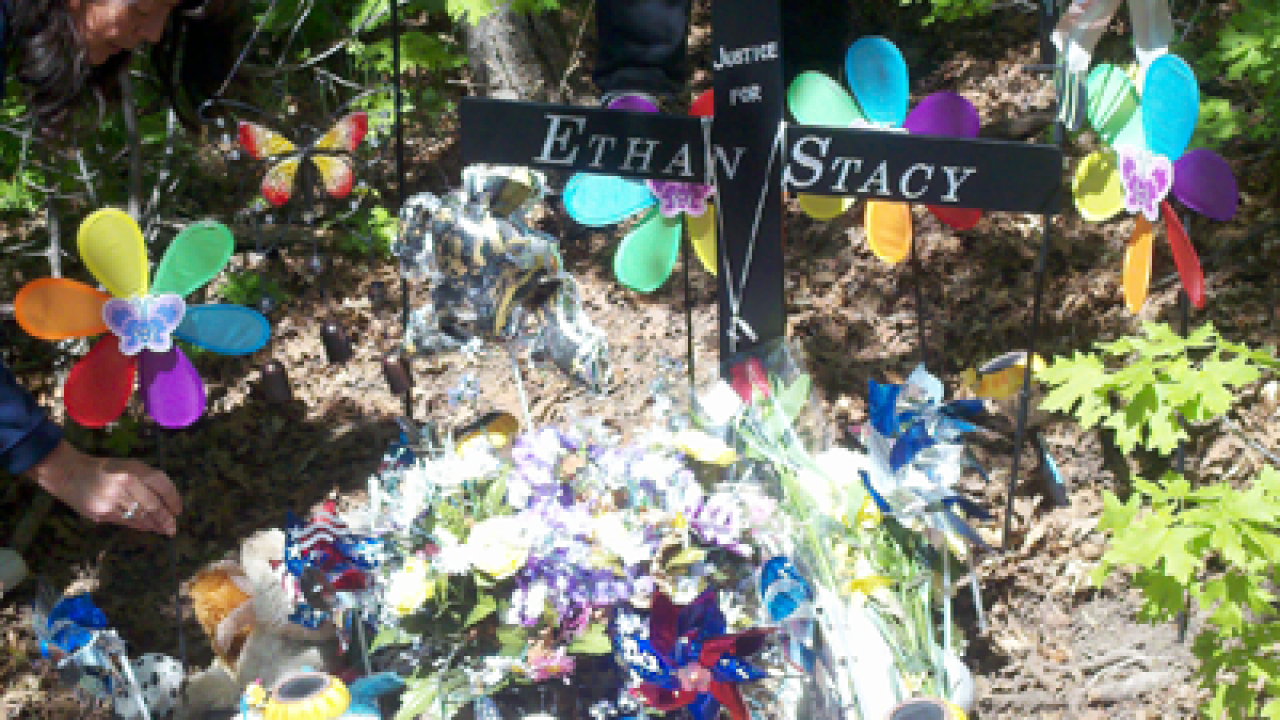 OGDEN - A memorial marking the two-year anniversary of the murder of Ethan Stacy was held on Saturday morning.

Police say 4-year-old Ethan died in 2010 after being abused by his mother and step-father Stephanie and Nathan Sloop. They pair the allegedly hid the boy's body in a shallow grave near Powder Mountain Ski Resort.

A cross reading "Justice for Ethan Stacy" marks the spot where the boy's body was found. Members of Ethan's Army placed flowers and balloons at the site in honor of the boy's memory.

"This is the place where Ethan was left by his monsters to be forgotten in a place where we will always remember him," said Anissa Martinez.

None of the members of Ethan's Army knew the boy personally, but they feel a connection to him and his story.

"I love this little boy like he's mine," said Kathy Anderton Merritt. "What happened to him, I can't imagine anyone doing. I can't get my mind around it."

Ethan's Army goes to every one of the Sloops' court hearings, making sure they don't get a plea deal. The group wants the rest of Ethan's family to know that they love him like their own.