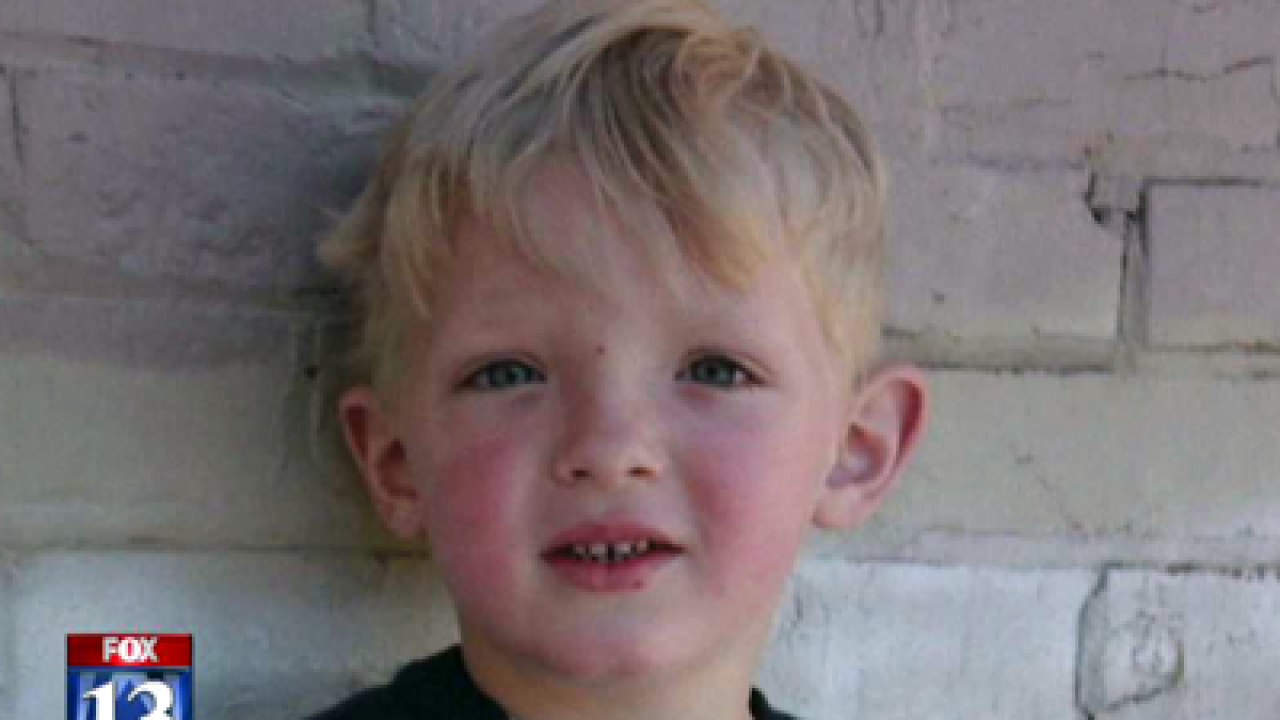 OGDEN – Ogden police confirmed on Tuesday that the body of a child found in the Weber River is Corbin Anderson.

Corbin was found by a man walking along the banks of the Weber River on Sunday, said Ogden Police Lt. Scott Conley.  Police said the preliminary cause of death is accidental drowning.

Jack Price spotted the body of a child lodged under a log in the water, about 5 feet from the bank of the river and about a quarter mile downstream from the location where 4-year-old Corbin Anderson fell into the water more than two weeks ago.

“I’ve seen a lot of debris floating in the river and I really couldn’t tell and I walked down because I wasn’t sure what I was seeing.  I picked his hand up to make sure and it broke my heart,” said Jack Price, the man who found the body.

Price, a father himself, said he has been searching the Weber River for Corbin for the last few weeks and found the boy's body near 21st Street.

"I have a six old son, it would’ve broke my heart, I can’t imagine what they're going through," said Price. "Just wish them the best. Now they can have closure and hopefully, eventually go on."

The body of the child has been removed from the river and was taken to a Salt Lake City medical examiner for identification and analysis. The Anderson family was not asked to identify the body because of its condition.

Initially, police could not confirmed that it is definitely the body of Corbin, but Conley said that the child was be about the same age as Corbin and is wearing similar clothing.

Corbin was taking photos with his family on April 28 when he fell into the fast, cold water of the Weber River in Ogden. Search and rescue crews searched both above ground and below the water's surface for the boy's body, even diverting the river, without success.

A memorial has been set up near Kayak Park where Corbin went missing.