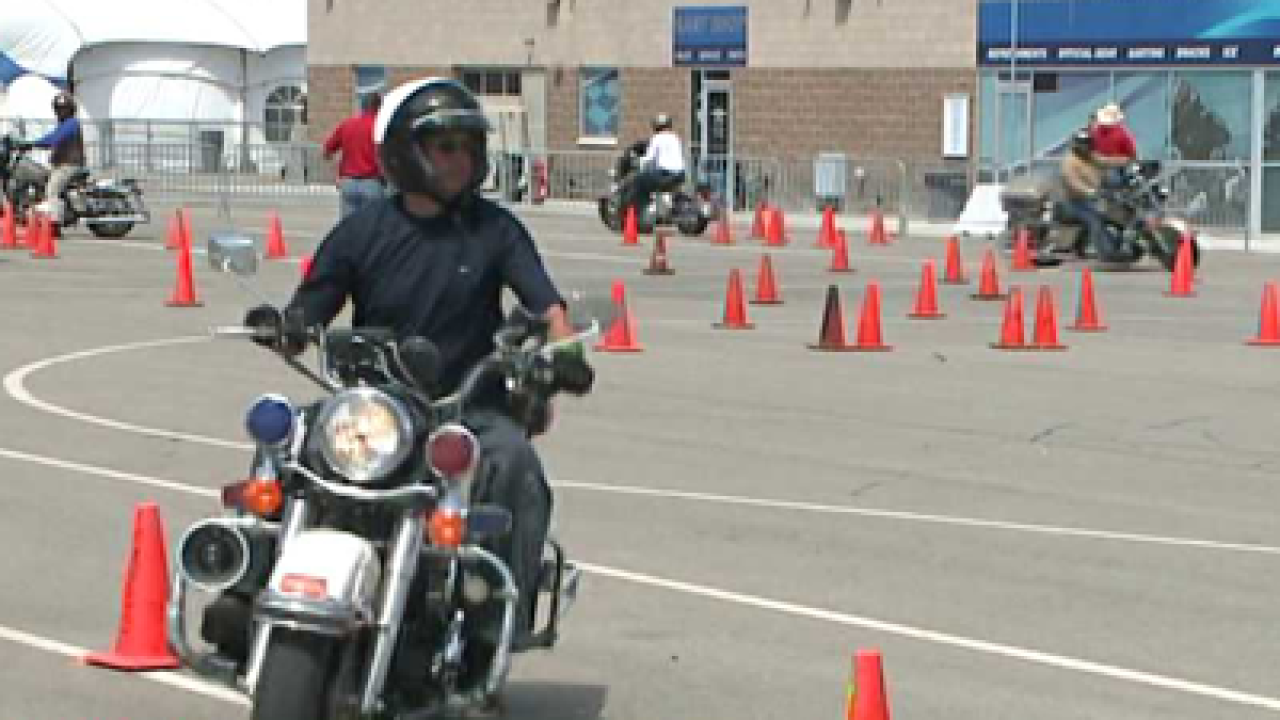 TOOELE - Police officers came from across Utah for a 3-week course and the opportunity to become motorcycle patrol officers.

"It's not just cruisng down the road like it is with civilian motorcyclist. It's faster, more intense. Go get the violator, then stop quickly and pull over on the side of the road," said Donovan Lucas with the Utah Highway Patrol.

Lucas says that the officers in the three-week course fall over a lot at the beginning, but practice in the controlled environment gives a safe way to learn how to operate the motorcycles on the road.

"In terms of skills that have to be learned in a short period of time this is one of the toughest ones I've ever been through," said Sgt. Spencer Cannon, Utah County Sheriff's Office. "It's part of what they tell us. You push the motorcycle to its limits so that you know what they are. And if you encounter a situation in real life, a lot of the things they teach you are designed to be able to save your life if should you encounter these things out on the road."

Some of the officers at the school have motorcycle experience, but four of Lucas' trainees have never been on a motorcycle.

"Actually they're probably one of the easier students to teach because they don't have any bad habits," said Lucas.

One of those officers, Ryan Lundquist with the Woods Cross Police Dept., took the opportunity to fulfill a lifelong dream of becoming a motorcycle officer.

"I've done a lot of things in my career so far but this is one I really wanted more than any other position," said Lundquist.

Officers complete 40 hours on the obstacle courses before completing another set of hours on Utah's highways with an experienced motorcycle patrol officer.