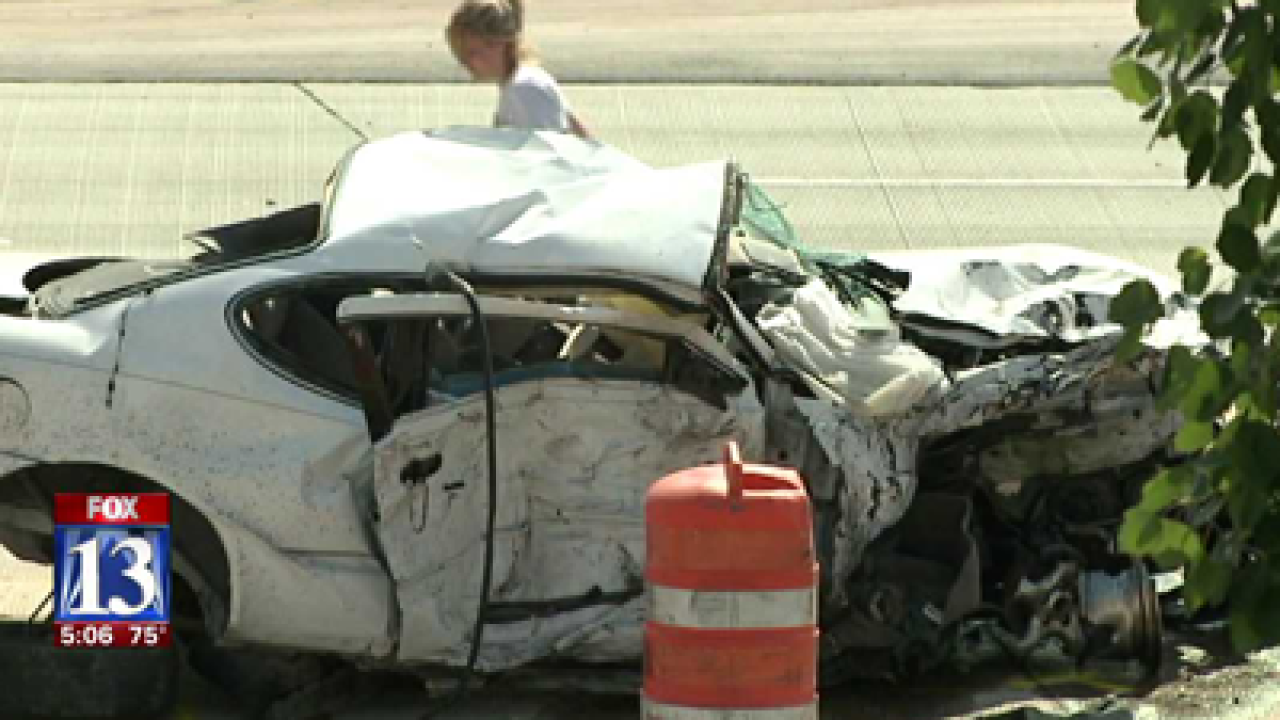 WEST JORDAN - One woman is dead and four people are injured after a crash on Bangerter Highway in West Jordan on Sunday morning.

Police said a white SUV traveling northbound on Bangerter Highway near 7900 South just before 7 a.m. lost control and collided with a white passenger car stopped at a U-turn lane on the southbound side of the road.

The driver of that passenger car, 30-years-old Tanya Cordova, was pronounced dead at the scene, said police.

"I heard a man just in so much pain, just wailing and rolling around on the ground. And part of his clothes had been torn away," said Yvonne Flitton, who witnessed the accident and called 911.

The crash is still under investigation, and crews had Bangerter Highway closed in the area until about noon Sunday.