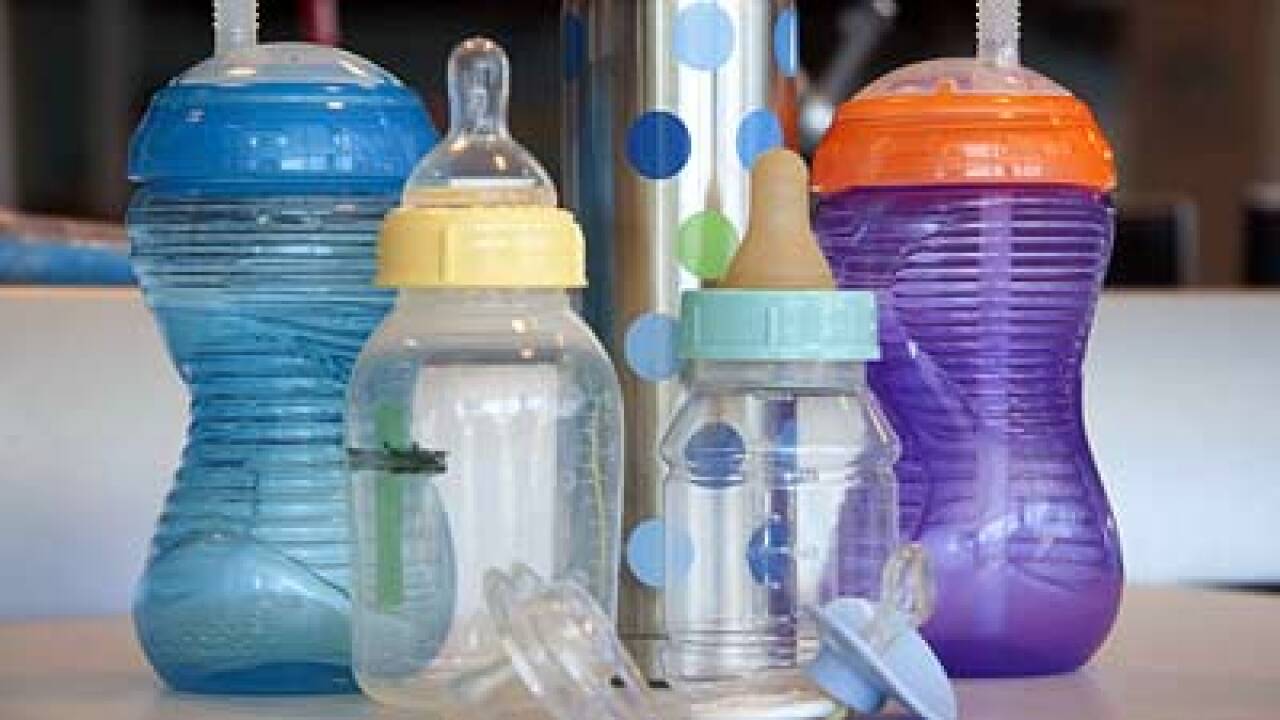 By Miriam Falco, CNN Medical Managing Editor
(CNN) — When babies are on the verge of walking, their parents know it’s high time to baby-proof the house or apartment. But in all the preparations, they may forget to baby-proof their child as well – not by wrapping their little one in bubble-wrap, but by removing potentially dangerous objects from their child’s mouth.

Binkies (a.k.a. pacifiers), bottles and sippy cups serve an important purpose in calming and feeding a child but used improperly, they can also hurt a child.

In a study published Monday in the journal Pediatrics, researchers looked at data from the National Electronic Injury Surveillance System and reviewed 20 years of records of children age 3 and under, who were treated in emergency rooms across the country.

In 86% of the cases, falling down contributed to the injury and two-thirds (65.8%) of the accidents involved bottles. One in five (19.9%) injured children had a pacifier in their mouth, and in 14.3% of the cases, a sippy cup was involved.

Some of the reported injuries included lacerations to the mouth, cuts and bruises to the lip or tongue and a variety of dental injuries.

“Teeth were either knocked out, chipped, pushed back up into the gums or knocked sideways,” says Sandra Keim, lead study author and a researcher at the Center for Biobehavioral Health at The Research Institute at Nationwide Children’s Hospital in Columbus, Ohio.

The study also found that one-year-old children were injured the most often.

Dr. Garry Gardner is a pediatrician in Chicago and chairs the Injury, Violence and Poison Control committee for the American Academy of Pediatrics. He’s not surprised by the results of this study, especially that the majority of children injured were about 1-year-old.

“They toddle along and they’re not very coordinated and it’s amazing to see these kids trip over nothing – and they do it all the time.”

If there’s anything in a child’s mouth, he says, it’s going to cause an injury to the mouth or hurt a tooth.

Dr. Joanna Cohen, a pediatric emergency medicine specialist at Children’s National Medical Center in Washington, says the study results are pretty consistent with what she sees in their emergency department.

“Usually these injuries seem to be minor lacerations in the face… or minor facial trauma.”

Keim points out that fears of BPA and other chemicals in plastic bottles has led to a renaissance for glass bottles, which can add another layer to the types of injuries toddlers can sustain.

The researchers believe this is the first study to provide a nationwide picture about how many of these injuries occur. Keim points out that the data only reflects the number of children who were actually taken to an emergency room. It doesn’t include any visits to the pediatrician, dentist or Dr. “Mom” or Dr. “Dad.”

When should you take your child to the ER? Cohen says if the injury is “a deeper laceration that might require sutures, or an associated dental injury,” or if the child hurts his or her head in any way.

It’s impossible for any parent to keep an eye on their child every second of their waking hours. But there are some simple steps that can help parents reduce the number of these types of injuries.

Keim, who is also a mom has this sage advice: “Getting your child in the habit of drinking while seated rather than walking around can help prevent some of the injuries.”

She also refers to the AAP guidelines, which recommend transitioning your child from a bottle or sippy cup at about 12 months of age and teaching your child to drink from a cup without a lid.

The AAP already recommends weaning your baby off a pacifier in the second 6 months of life to reduce the risk of middle ear infections.

Keim and Gardner both make the point that if toddlers no longer use a pacifier by the time they start walking and running, a parent doesn’t have to deal with taking it away from them to reduce the risk of injury.

Another benefit to not having your child attached to a bottle or sippy cup for long periods of time: You reduce your child’s chance of getting cavities.

Gardner adds one more reminder: “Kids shouldn’t run around with food in their mouth either.” That’s just adding the risk of choking. He points parents to the AAP’s website healthychildren.org for additional advice and parenting tips.