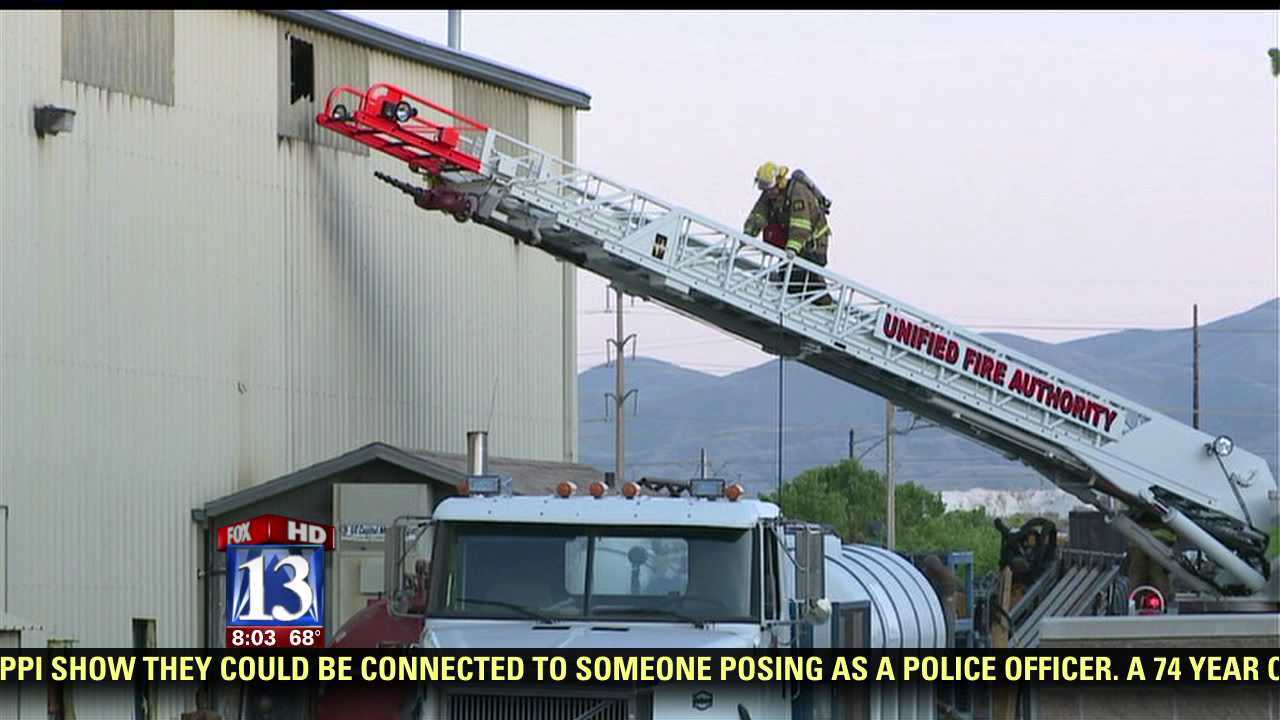 WEST JORDAN -- Fire crews were able to put out a two-alarm warehouse fire on Monday evening.

Firefighters were called out to the welding business HDD Wilco, located at at 5621 West Wells Park Road (9600 South), at about 7 p.m. after witnesses reported seeing smoke.

Reed Scharman with the West Jordan Fire Dept. said fire crews entered a two-story warehouse to fight the fire, but there was a series of three explosions that forced them to back out.

They were not able to contain the fire safely until they provided ventilation to the roof as there were no windows in the warehouse, said Scharman. Crews determined that they required more manpower to fight the blaze, and a second alarm was pulled.

"It's basically a large open warehouse, or shop area, where they service vehicles and they attempted to get enough water inside to knock down the smoke...and they knew they were going to need more manpower," said Scharman.

Fire crews were able to douse the fire within a few hours and determined that the cause of the fire was vehicles burning. Scharman said no one was inside the building at the time of the fire and there were no injuries.

Scharman said that the fire could have been worse considering the volatile materials used in the welding shop.

Investigators are still trying to determine what caused the series of explosions during the fire.