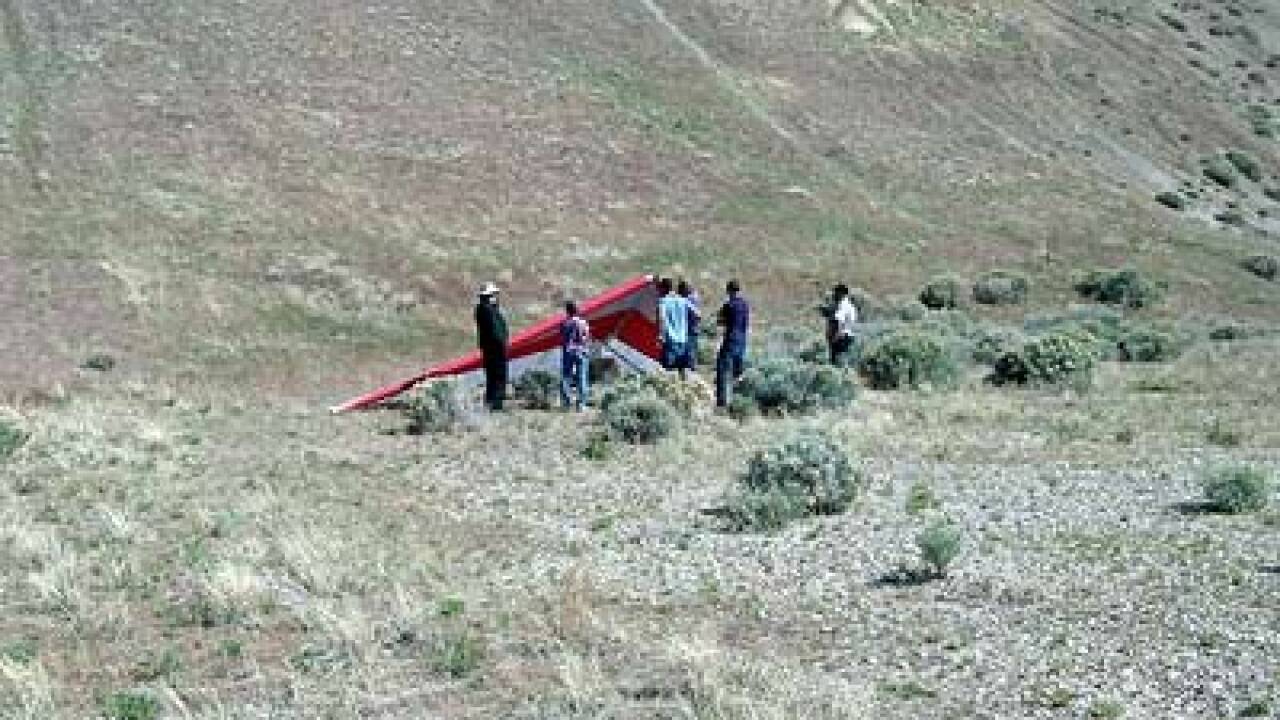 LEHI -- A 66-year-old Colorado man was injured after he crash-landed his hang glider Monday morning outside of Lehi near Point of the Mountain.

Authorities say the victim, James Kearns, was unconscious when crews reached him. He was flown to Utah Valley Medical Center, where he is listed in serious condition. Kearns regained conscious before he was transported to the hospital.

Utah County Sheriff's deputy Jim Bingham says witnesses tell him Kearns was flying erratic immediately after takeoff at about 9:25 a.m. They say Kearns may have experienced equipment malfunction and attempted to land at high speed, estimated at about 35 to 45 mph.

"It appears that he's experienced, because he was flying an intermediate glider,so he's flying something a new person shouldn't be flying," said Kevin Koonce, a hang gliding instructor.

Sheriffs have not determined the exact cause of the crash and are still investigating.

Deputy Bingham says he spoke with Kearns at the hospital and he appeared "fairly stable" at the time. He says Kearns had no memory of the accident.

The Utah County Sheriff's Office is coordinating an investigation with the Federal Aviation Administration and Division of Natural Resources to determine the cause of the crash.