Cougar relocated after found in a Provo resident’s yard 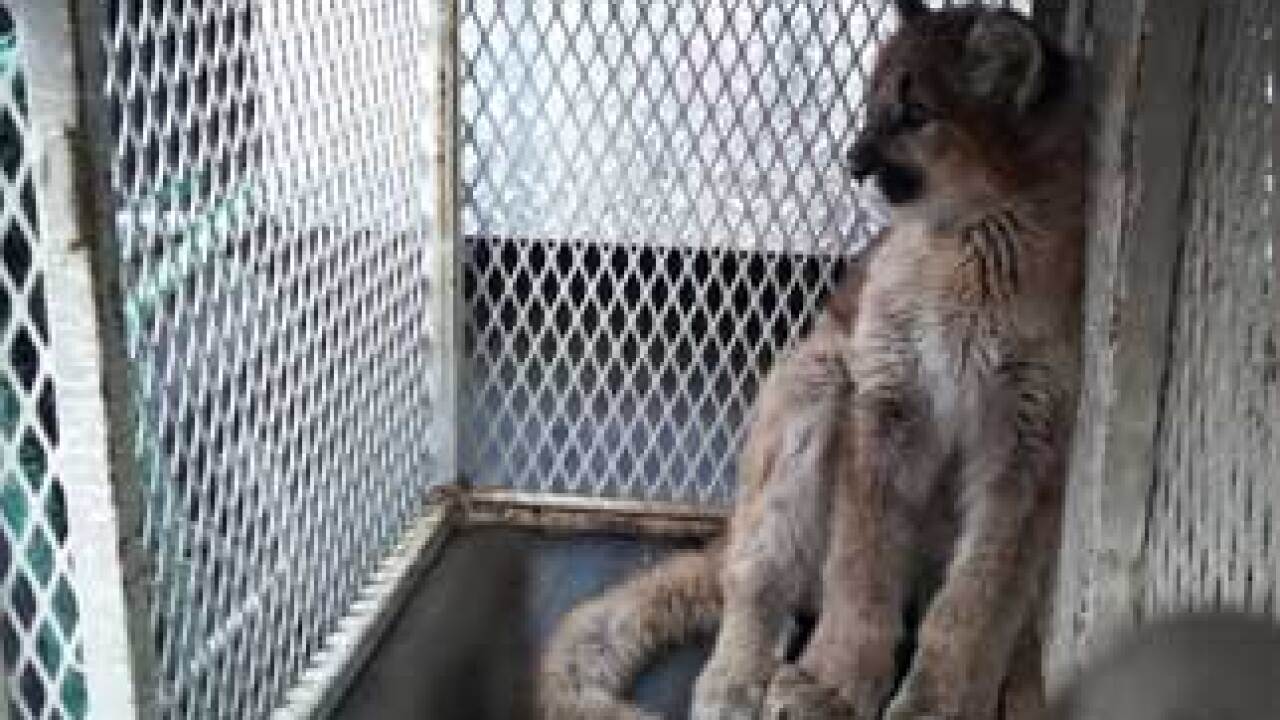 PROVO — A small cougar was caught and transported after it was spotted eating pet food outside a resident’s home on Sunday.

Provo Police helped capture the animal at 700 E. Redford Drive. A resident contacted police officers after he went outside and saw the animal inside a dog kennel eating food.

Police transferred the cougar to the Division of Natural Resources to relocate back into the wild.