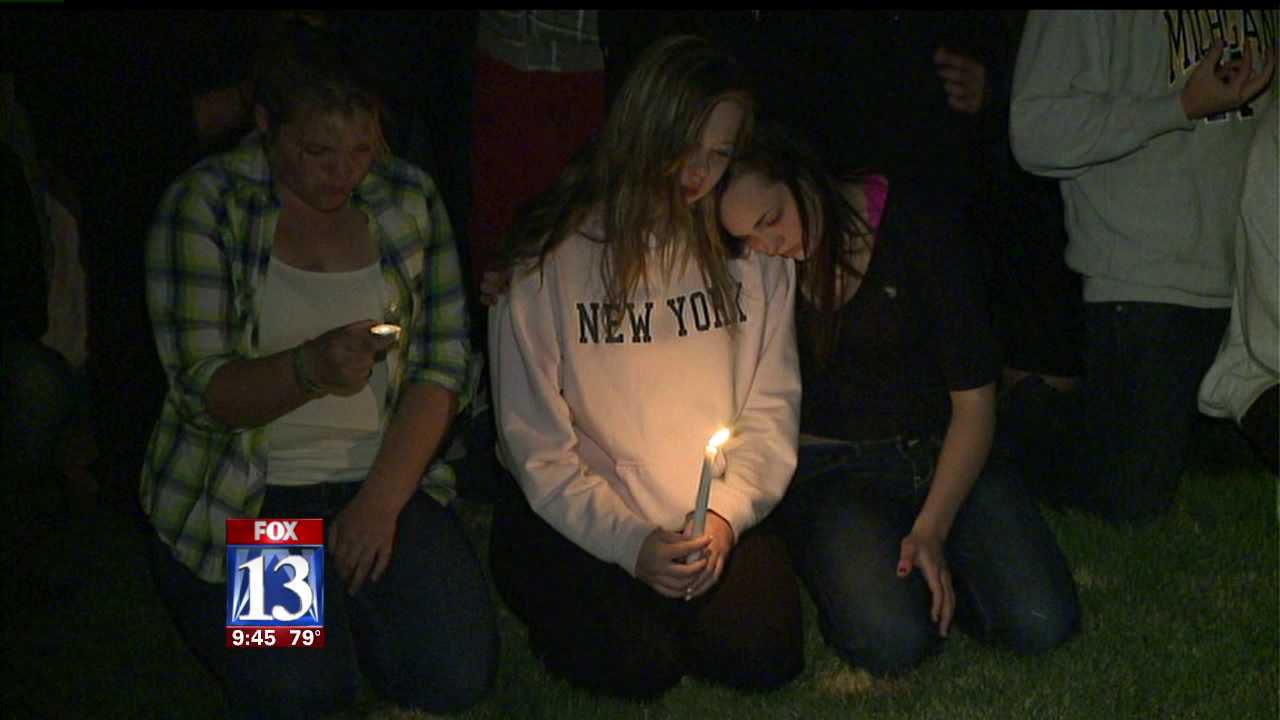 Two families talked with FOX 13 about how their lives were impacted from teen suicide.

The Kirk family's son, Tanner, survived an attempted suicide -- but not without lifelong injuries. Tanner suffers from a condition called dystonia.

Tanner was 13 when he tried to hang himself. His family says he was an active kid who liked to play sports and did well in school. Tanner says he does not remember why he wanted to die, while his mother says she does not understand what went wrong.

"I didn't see the signs of depression and it wasn't like I was naive," said Tanner's mother Shelsee Kirk.

After two years, Tanner is still learning to deal with dystonia, a neurological disorder that has made him dependent on a wheelchair and needing a device to vocalize for him. The most basic of tasks are a challenge for him.

"My body has become a dark and lonely prison when I go out in the world," said Tanner. "I don't want anyone to make the same mistake I made."

His life has changed drastically, but Shelsee says they are lucky to have him alive.

"As hard as we have it, we're the lucky family. We didn't lose Tanner. I can still hug him at night," says Shelsee.

But many Utah families affected by teen suicide are forever at a loss, including Aleicia and Darren Lewis. They lost their son Justin to suicide back in 2009.

"It's hard. Every day is a struggle," says Aleicia.

The Cyprus High student was the captain of his school's football team, but the 18-year-old injured himself on the field his senior year and couldn't play for weeks.

His parents call it the perfect storm. Justin skipped school and they caught him drinking,     so he was punished and was not allowed to go a World Series party with them.

Justin was upset, and after an argument with his girlfriend, coupled with his disappointed parents, he threatened to kill himself.

Alecia and Darren rushed home to check on their son.

"When we pulled up to the house, he was looking out the office window. And as a parent you take that deep breath that he's OK," said Darren.

But Darren was not OK. When they entered the home he shot himself in the heart.

The Lewis family still do not understand why their son wanted to die.

"I was angry at him. I was upset that he would even think that because that wasn't Justin," said Darren.

Justin’s parents take part in an annual fundraiser with the Fallen Brothers Foundation to raise awareness about suicide. Justin's name is now listed under "Loved Ones Lost."

Every day since Justin’s death, his parents have made it their mission to talk to teens about suicide. They say it is a subject that is often considered taboo to speak about. But with Utah having one of the highest rates of teen suicide in the country, they say it is time to discuss and educate people about the subject.

See more about suicide prevention in “Preventing Teen Suicide” from part two of this report: