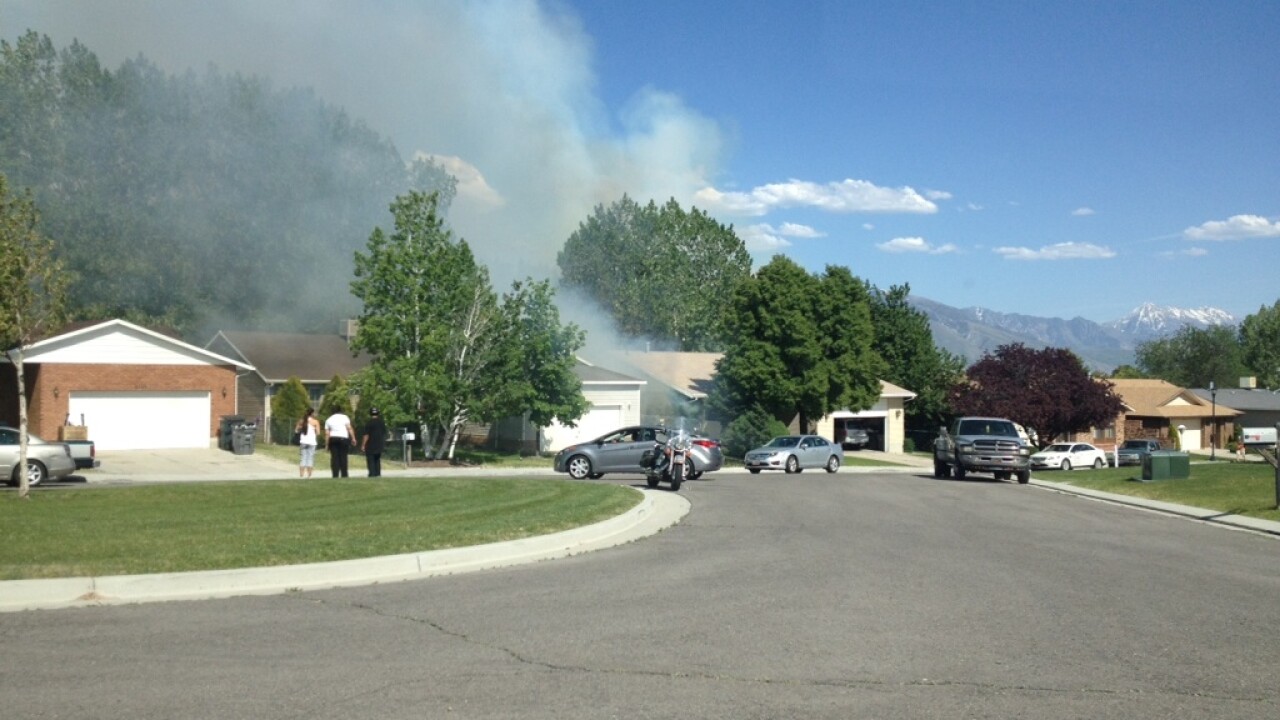 Fire officials say the field fire at 9800 South 4800 West grew to about 10 acres after starting at about 4 p.m. Fueled by wind and cottonwood tree droppings, the fire cut across the Glenmoor Golf Course, damaging five homes and 17 properties. Three outbuildings and as much as 2000 feet of fence line were also destroyed by the fire.

Three people reportedly suffered minor injuries but details on how they were hurt was not known, according to South Jordan Fire Battalion Chief Reed Thompson.

Thompson says 30 homes were evacuated as the three-alarm fire neared the perimeters of the golf course. He also said two or three homes "had flames up against their eaves" at one point.

“We had homeowners that were actually trying to put out fire in their backyards. We had some heavy smoke conditions and so, for safety, we had law enforcement help us to remove folks from their homes," said Thompson.

South Jordan Fire investigators say a man who lives near the golf course set fire to a large pile of cottonwood tree seed pods. The man lost control of the fire after wind caught the burning pods and spread them.

The fire department turned the case over to police and city prosecutors to determine whether charges will be filed against the man. 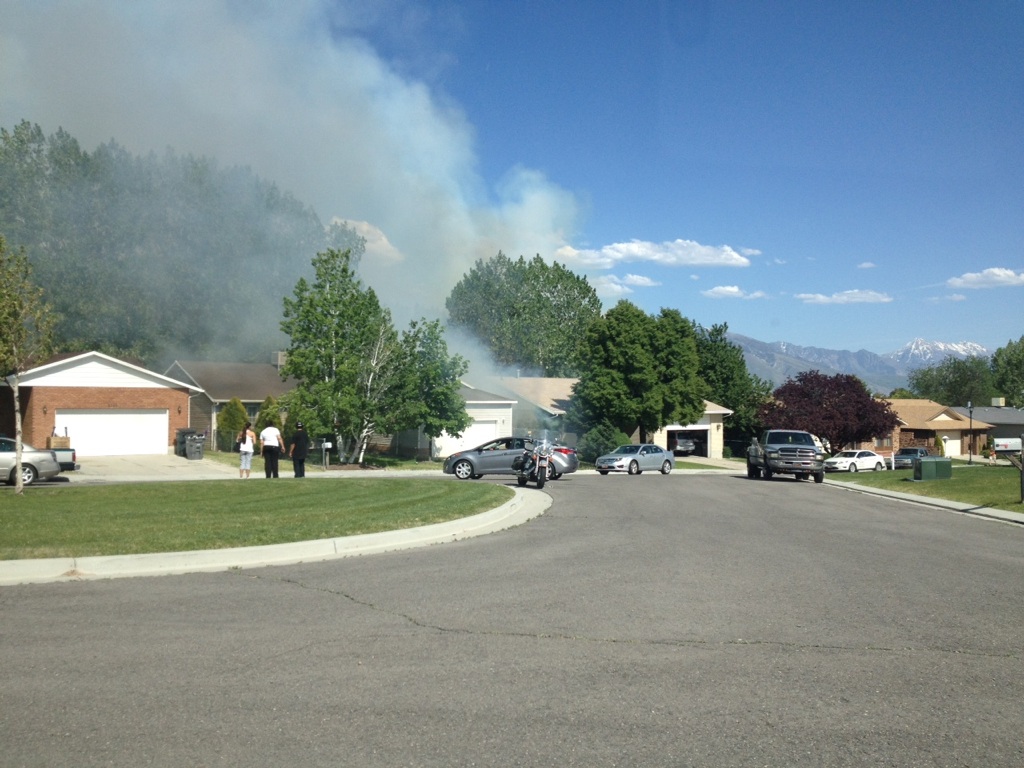