The Mysterious Case of the Disappearing Bees 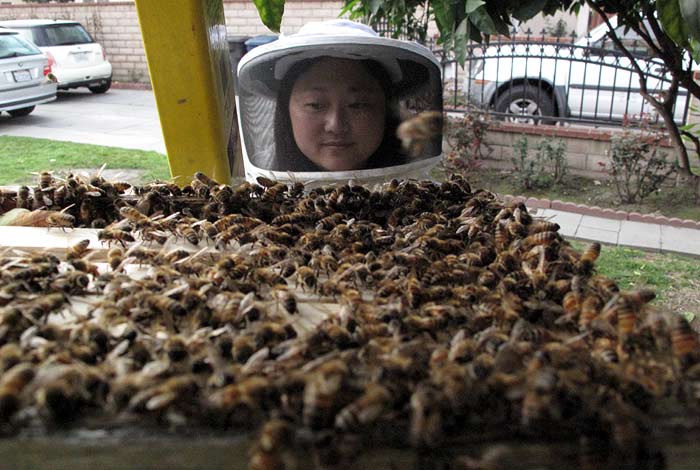 By Noah Wilson-Rich, Ph.D.
(CNN) — To all of the readers who don’t think that honey bees are one of the most important concerns of our modern times, let me admit that I know where you’re coming from. I wasn’t the sort of kid who played in the dirt. I was terrified of insects (ew! bugs!), and never forgot my first run-in with a bee that stung me on my sacred pillow as a toddler. But if you eat food and if you enjoy flowers, then you need to pay attention to this.

Honey bees are of vital importance, and their declining populations are an incredibly critical issue. As pollinators, they are responsible for over 130 different fruit and vegetable crops that we eat. As an economic commodity, the cost of some of these crops has already increased because the numbers of honey bees has gone down. This basic supply and demand tilt has already impacted the over $15 billion dollar industry.

Honey bees are dying. This is a global phenomenon and a worldwide problem affecting food availability. Like climate change, the decline of honey bees is not unprecedented.  There were great die offs of honey bees reported as early as the year 950 A.D. in Ireland, called the “Great Mortality of Bees”. This repeated in Ireland is 992 and 1443.

The great die-off crossed the pond in 1903 when 2,000 colonies died in Cache Valley, Utah. Three years later, 100% of hives died on the Isle of Wight, UK. And then, in 1996 and again in 2006, Pennsylvania beekeepers reported alarming numbers of honey bee die offs. These die-offs are continuing today, but under the auspice of a new name, Colony Collapse Disorder.

Researchers still don’t know why honey bees are disappearing. The strangest part of this story is the lack of dead bodies, vanishing into thin air. They’re simply gone. Some of the world’s best researchers, from the USDA to the European Union, are working diligently to solve this mystery. But as any stellar sleuth knows, a mystery is always harder to solve without a body.

What is killing honey bees?

I earned my Ph.D. in biology last year from Tufts University, with a focus on honey bee health. Whenever I give talks about my research and the ongoing crisis with honey bees, I like to open the floor up to hear new ideas from audience members. Responses tend to range from the less likely (cell phones and aliens) to the more likely (pesticides, diseases, and habitat loss).

The most recent onset of Colony Collapse Disorder was followed immediately by a thorough collection of scientific publications investigating the disease hypothesis. Potentially important findings focused on viral (Israeli Acute Paralysis Virus and an insect iridovirus) and fungal (Nosema) infections. The trouble was that some healthy hives were also infected.

The explanation for what is killing our honey bees is likely more complex. Researchers and beekeepers are now focusing our attention to pesticides, specifically those in a particular class called the neonicotinoids. Frustratingly, the long-term effects of pesticides can remain elusive for many years to come.

What can we do?

I began working with honey bees when I started graduate school in 2005. All it took for me to embrace dirt and insects was one inspiring teacher and mentor — Rebeca Rosengaus at Northeastern University.

Dr. Rosengaus encouraged me to attend conferences to learn and to present my own research, and I share that same advice to you. Become a beekeeper or host a beehive. Sponsor honey bee research. Plant bee-friendly flowers. At a minimum, encourage yourself to recognize honey bees as so much more than icky bugs, but vitally important creatures who provide us with food and flowers. Value honey bees.

Editor’s note: Noah Wilson-Rich, Ph.D. is the Founder and Chief Scientific Officer of Best Bees Company™ . Best Bees™ delivers, installs, and manages honey bee hives to residents of eastern Massachusetts. 100% of their profits go to fund their research to improve honey bee health through their Apivax™ line of products. Their motto is, “Together, we can save the world, one honey bee at a time.”