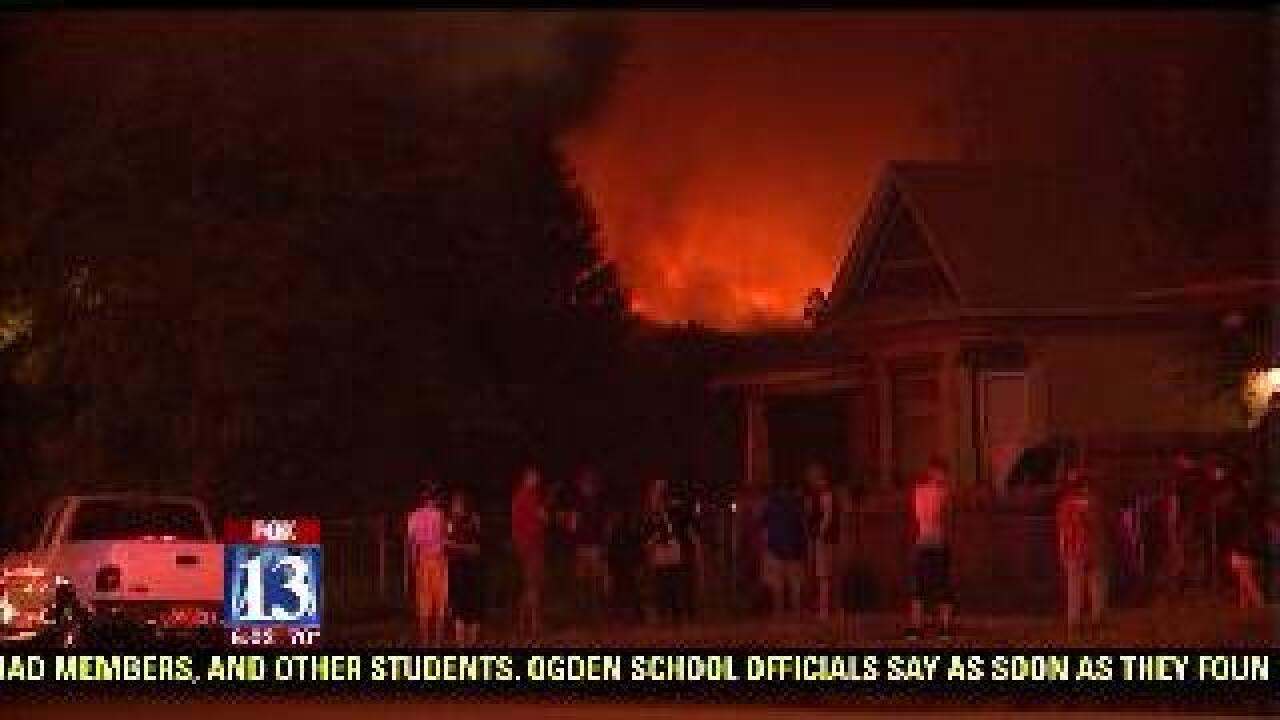 The fire started at 359 North and 700 West at around 1:40 a.m. The Salt Lake City Fire Dept. says a security guard driving along Interstate 15 called to report the fire and traveled to the scene.

That security guard says he saw what appeared to be a homeless man leaving the home as the fire started.

The fire appeared to threaten nearby homes and tall trees surround the house were also in jeopardy. The trees made it difficult for firefighters to get close with their ladders to fight the fire.

"Trees were so compromised at one side of the building, that there was fear of them falling over also and then once the floor collapsed, that was our major concern. So that's when we decided to pull everyone out of the building," said Battalion Chief Michael Andrew, Salt Lake City Fire Department.

Fire crews were able to keep the fire from surrounding buildings, but the abandoned house was completely destroyed and a large tree in the backyard was badly damaged.

A firefighter injured his thumb while opening a window with a crowbar. He was taken to a local hospital and released. No one was at home at the time of the fire and there were no other reports of injury.

Investigators say there was evidence that a homeless man had been living in the house. When a man returned later to retrieve his clothing, he was taken into custody, cited for reckless burning and released. He will have to pay a fine and will appear in court at a later date.