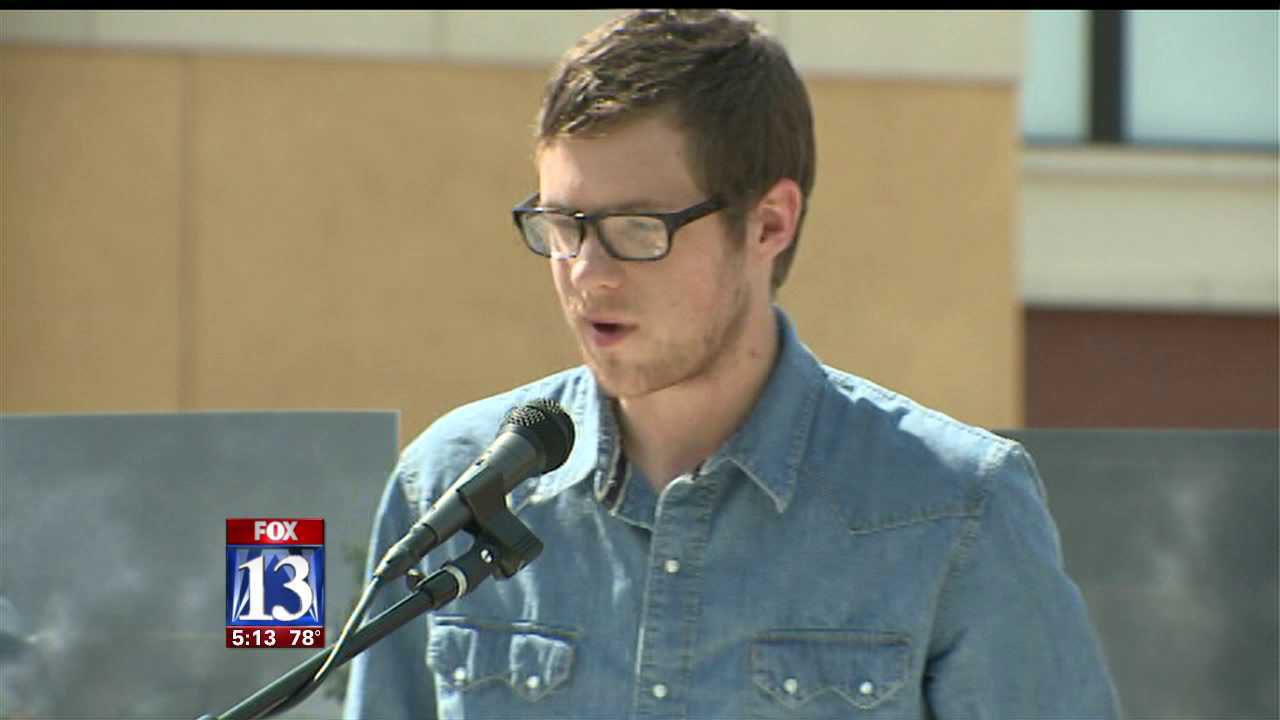 SALT LAKE CITY -- It was Sept. 12 last year when Brandon Wright says his day started out fine while riding his motorcycle near the Utah State campus, until the unthinkable happened.

That was before a group witnessed Wright hit a car, resulting in his bike catching fire. Twelve bystanders came to his aid and moved the burning wreckage off of him, saving his life.

Wright spoke to a group gathered at an event for Motorcycle Awareness Month to advocate safe driving habits. Utah Highway Patrol, along with Wright, are urging all drivers to be extra vigilant on the road.

"As motorists, we need to do the same thing as these guys did. We need to team up and work together," said Wright.

UHP says that last year 28 motorcyclists were killed on Utah roadways. They are telling people to use safe driving practices and suggest enrolling in a motorcycle training class.

"There are so many things that go along with riding motorcycles that a lot of riders don't even think of," said motorcycle training instructor Mike Cox.

UHP says taking a training course could mean the difference between life and death.

Although Wright has not gotten on a bike since the crash, he plans on getting back into the saddle, but with a little instruction under his belt.

"When I'm back on two wheels I will be taking a motorcycle safety course," said Wright.