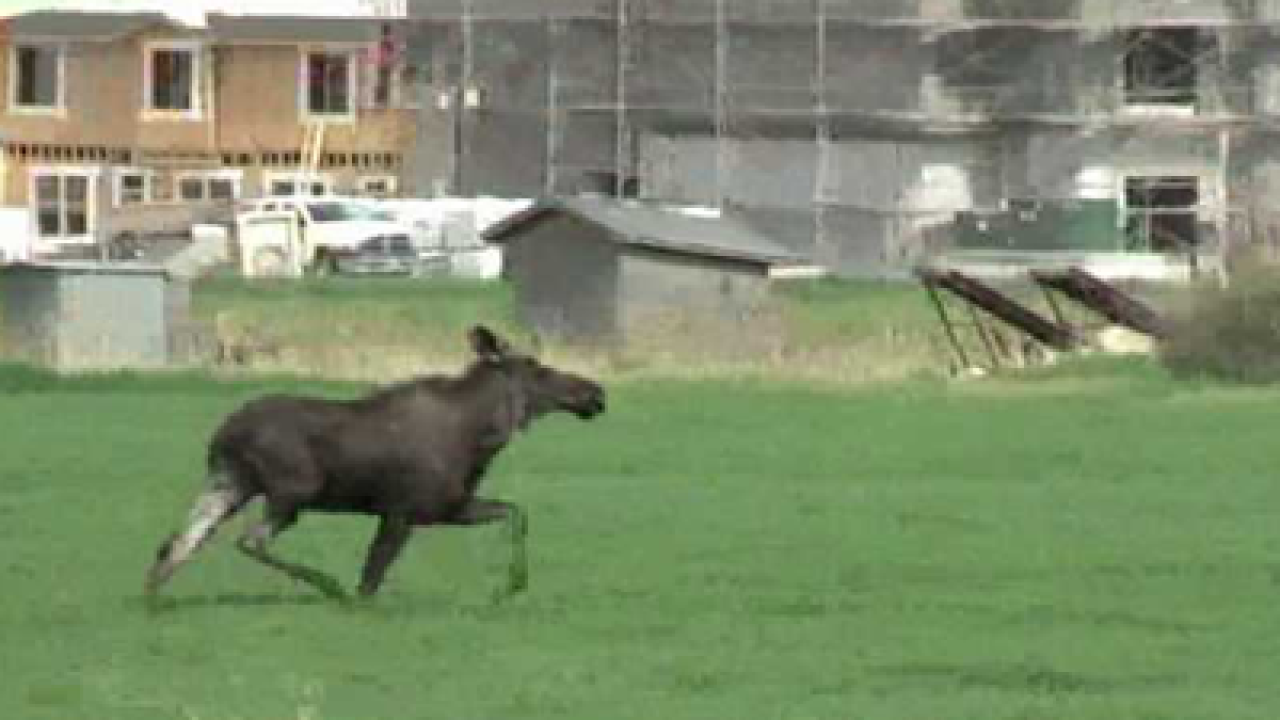 LOGAN - A moose paid residents of a Logan neighborhood a visit Wednesday morning, forcing police to close down streets in the area.

North Park Police Officer Lance Wilkinson says they'd gotten numerous calls from residents calling about a bull moose on the loose, and officers decided to step in and keep it from going near surrounding houses, an armory and a church parking lot.

"A bunch of citizens were calling that the moose was running through their backyard, and that's when we responded and tried to locate it," said Wilkinson.

Police and animal control officers from Logan, Smithfield and Cache County were able to locate the animal at a parking lot near 400 East and 1800 North in Logan, but they were unable to contain it.

Officers had to close off some streets in the area to avoid harming the moose or the public.

"We shut off a few streets for public safety concerns so the moose wouldn't run out in front of traffic," said Wilkinson.

Neighbors say they saw officers closing in on the moose before it hunkered down in a pasture under a tree.

Division of Wildlife Resources officers were able to fire a tranquilizer dart at the animal, who then collapsed near a home at 2085 North and 600 East.

Darren DeBloois, a biologist with the DWR, says the animal was likely forced away by its mother, who is preparing for a new calf.

"It looks like a yearling bow," said DeBloois. "It's probably been forced off of its mother. Its mother is probably getting ready to have a calf this year and so he wandering and sometimes they find their way to town."

The moose will be sent back into the Wasatch-Cache National Forest.

The DWR says that around this time of year, wild animals try to set up a place to live and may wander into towns, but they're not a threat unless confronted.