By Jacque Wilson
(CNN) — We have many excuses for not eating healthy: I’m too busy. I don’t live near a grocery store. I can’t afford healthy food. I don’t know how to cook.

A new study from the U.S. Department of Agriculture’s Economic Research Service is taking one of those excuses off the table.

Previous studies have shown that eating junk food is cheaper than eating healthy food. But Andrea Carlson, lead author for the USDA study, said the way those researchers measured cost-effectiveness skewed the results. 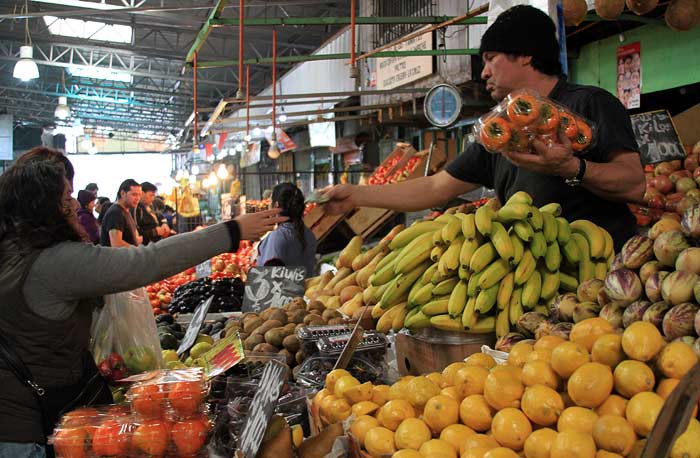 Carlson and her team analyzed 4,439 foods in three different ways — price per calories (as previous studies had done), price per edible gram and price per average portion. Retail prices were based on Nielsen Homescan data. The average portion was determined from the National Health and Nutrition Examination Survey.

The researchers found that when they used the price per calories analysis, fruits and vegetables appeared more expensive. “But this changes when you use other two,” Carlson said in a press call Wednesday.

For instance, take a chocolate glazed donut. Each donut is probably about 240 calories, and you could probably eat two or three of them with no problem (and just a teensy bit of guilt). Then take a banana with about 105 calories.

If these two cost the same, the banana is more expensive per each calorie eaten. But you’ll probably only eat one and feel a lot fuller afterward, Carlson said. That makes it cheaper per edible gram and per the average portion.

“Many have raised concerns that those of modest means … can’t afford a healthy diet,” said Kevin Concannon, the USDA under secretary for food, nutrition and consumer services. “The good news I take away from the study is that is not necessarily the case.”

Concannon said the study shows that carrots, onions, pinto beans and mashed potatoes are all less expensive per portion than ice cream, sweet rolls, pork chops and ground beef. In fact, protein foods and food high in saturated fat, added sugars and sodium were all more expensive than fruits, vegetables, dairy and grains based on these methods.

“This is great news for all getting by with a limited food budget,” he said. “You don’t have to compromise good nutrition.”

And while cost is a common excuse offered for not eating nutritionally, it’s not the only barrier. Food deserts make it difficult for some in the U.S. to access fresh produce, and others just don’t want to make the effort.

The USDA offers tips for consumers on how to eat healthy on a budget. For meal plans and more, visit ChooseMyPlate.gov