Tooele Co. wildfire should be contained by evening 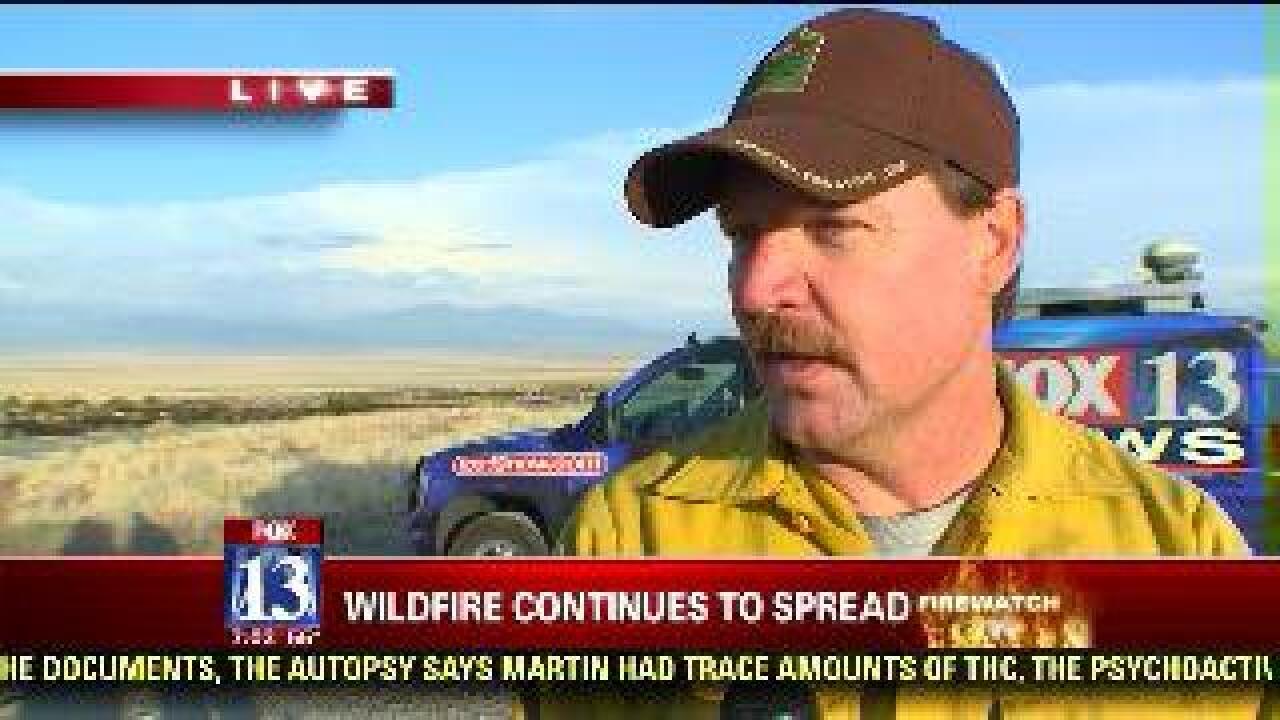 STOCKTON -- A wildfire in Utah's West Desert is about 60 percent contained as of midday Friday.

"There is some rough terrain on the backside of the canyon, where we are going to put the hot shots this morning," said Brigs.

The 20-man hot shot crew, who arrived Friday morning from Cedar City, has specialized training that allows them to go into the rougher territory that other crews cannot access, Briggs said.

Jason Curry from the State Department of Natural Resources said their investigations point to a vehicle malfunction off of SR-73 that sparked the fire early Thursday morning. They said the vehicle's catalytic converter ignited the dry grass along the road.

Curry said erratic winds then made the fire spread quickly.

"We almost had a handle on it, that's when Mother Nature played a trick on us -- did a 180-degree shift [and] blew the fire back across SR-73 on the other side. We all kind of had to scramble to get around it," said Curry.

The fire temporarily closed parts of SR-73 between Stockton and Cedar Fort Thursday afternoon as the blaze shifted close to the roadway. When the wind shifted and headed into the more remote foothills of the Oquirrh Mountains, authorities were able to reopen the highway to traffic.

Curry said nearby campgrounds were checked and no campers were there. Those campgrounds are now closed.

No injuries have been reported and no buildings were threatened.