Democratic candidates face off in primary before congressional race 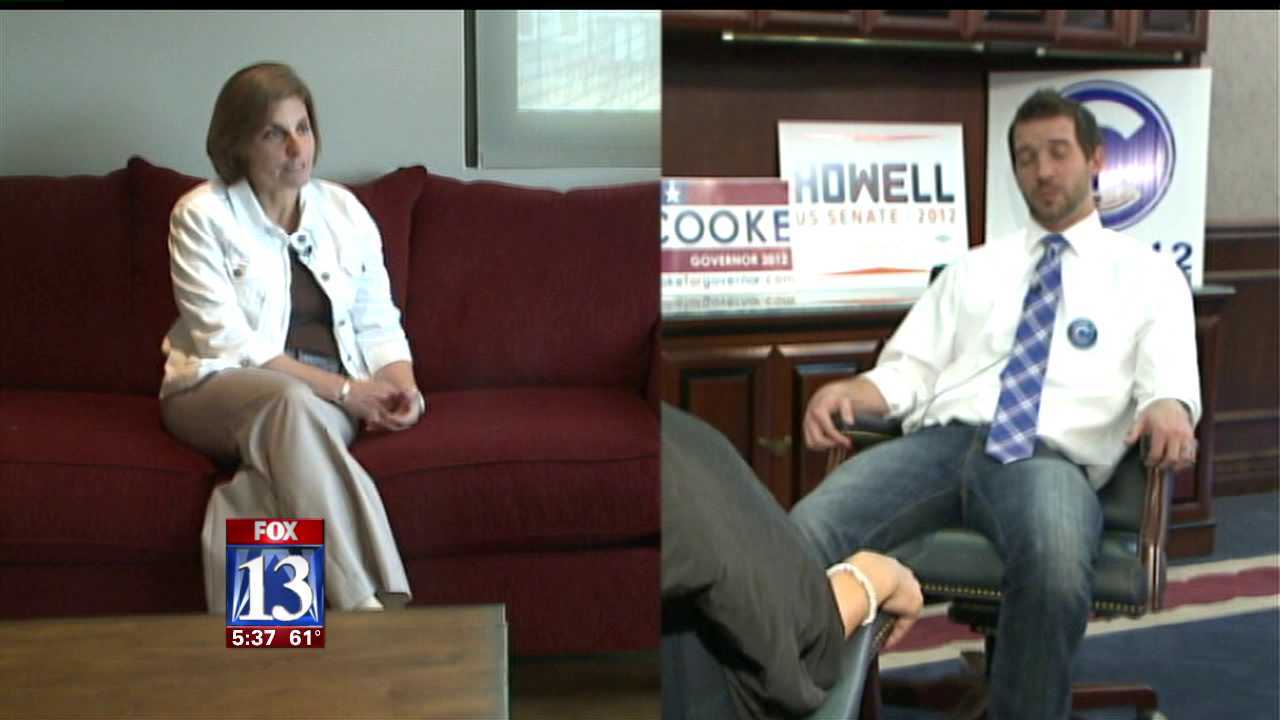 Two Democrats will face off next month in a primary battle for Utah's 1st congressional district. The winner in that race will take on Republican incumbent Rob Bishop.

The candidates say they could not be more different. Candidate Ryan Combe, the 30-year-old entrepreneur and father of two children, says it is his youth that makes him the better candidate. Candidate Donna McAleer says her experience as a mother who served in the military gives her the advantage.

Combe says Democrats have a fair shot at unseating Congressman Bishop who is running for his sixth term. The young candidate and founder of a yogurt franchise says he connects with young voters.

Combe says his concern is education and the impact it will have on the next generation, including  his son.

Donna McAleer says she is surprised the race had to go to a primary but says it will give her more time to talk to voters in the district.

McAleer, a West Point graduate and mother of an 8-year-old, says her credentials are extensive, both in public and private sectors.

" I have served my country as a military officer; I have led a global division of a technology company; I have worked in the not-for-profit industry leading a health care non-profit in Utah," says McAleer. "I've done a lot of work and I have a record of proven results; I haven't just talked about what I want to do, I've actually worked in the areas."

Political insiders say Bishop has grown comfortable as a congressman and pushing the incumbent out of Washington D.C. will be an uphill battle.

Combe and McAleer say their first priority is voter turnout for the Democratic Primary on June 26.