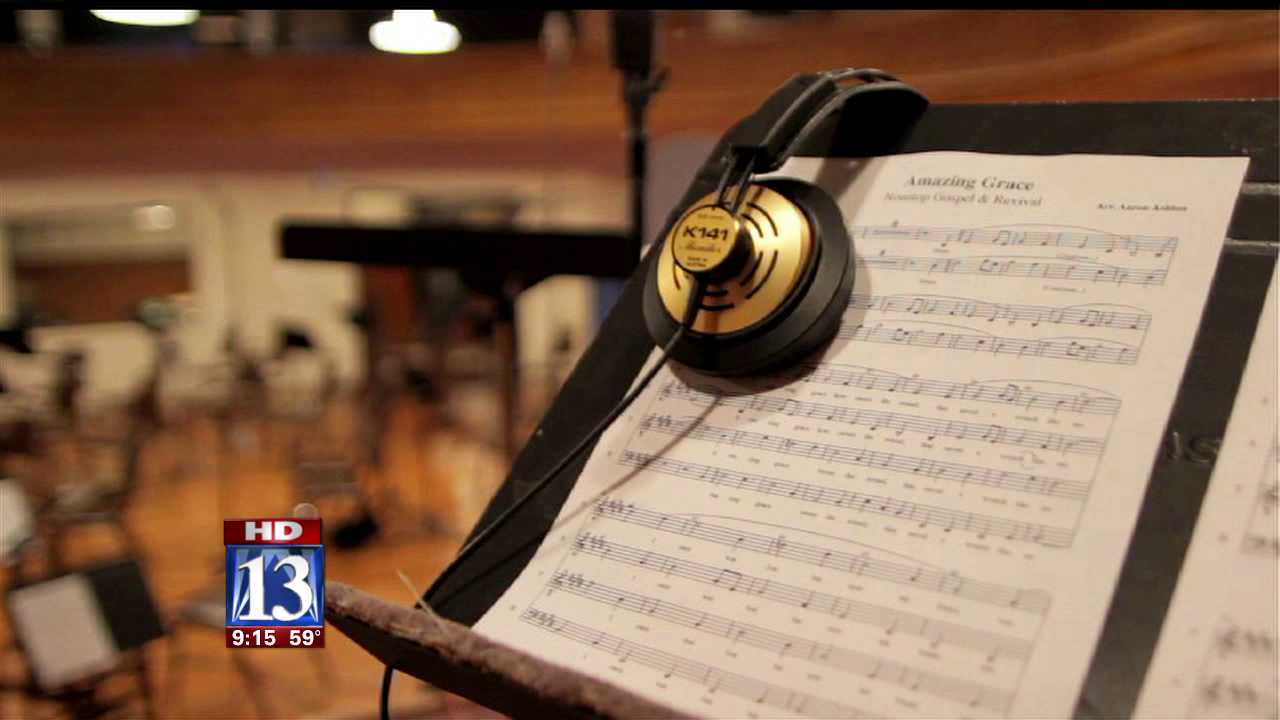 SALT LAKE CITY -- Located in a nondescript defunct church building in Salt Lake’s west side, a sound studio resides. It is the humble staging ground for some of the most popular music and score in the entertainment industry today.

[Scroll down to see part 2 of the video]

Randy Thornton creates music made for prime-time television as well as the silver screen -- custom sounds for the entertainment industry.

"Last year 40 out of the 50 top films used music that was made or licensed in Salt Lake," said Thornton.

From movies like "The Hunger Games" to FOX channel's "Judge Judy" the sounds and orchestration were played and produced in Thornton's old chapel. When music is needed,  Hollywood comes calling. But it was not always so.

"It was just me and my partner Bryan Hoffeins in my basement," says Thornton.

When the two men started their business 31 years ago as "Non-stop Music" they had a tough time breaking into show business being in Utah. So they decided to keep their location out of the equation.

"For the first little while we had a Los Angeles number that rang through up here," says Thornton.

The plan worked and they landed a job with a major television network.

"We had done several projects for them before they realized we weren't in Los Angeles," Thornton says describing a phone call with one of his clients. "He said 'how do I find the place?' I said 'go over to LAX and catch this Delta flight up to Salt Lake.'"

Thornton says the television rep was surprised to learn he had been getting his work from a Salt Lake business.

"The cat was out of the bag at that point," said Thornton.

After business started catching on, it was out of the basement for the two men and into an old chapel, where Thornton says they can get "phenomenal acoustics." He says there was no such thing as a PA system back in 1895 when the chapel was built, so voices had to carry for everyone to hear.

Thornton says Salt Lake has a high concentration of musicians for a city its size. He says much of the background movie music utilizes local talent. But for some projects, locals are not the only ones who stop by to record.

"He was in town doing a concert, happened to have some extra days before he went on to the next city, so he rented out our studio in the evenings to work on an album," Thornton explains his first encounter with the rap legend.

Nervous at what to expect, he says Eminem turned out to be a "complete gentleman."

"One of the body guards lit up a cigarette in the control room, which we don't allow smoking in our building. And Eminem walked over to him, grabbed the cigarette out of his mouth, tossed it on the ground stamped it out and said 'can't you read? There's no smoking here.' He turned to me said 'sorry Mr. Thornton, that won't happen again,'" says Thornton with a laugh.

Encounters with celebrities are exciting, but Thornton is just as excited with the work that happens every day.

Their hard work has helped bring their music to be heard internationally after signing on with one of the world's largest music publishers, Warner Chappell, five years ago.