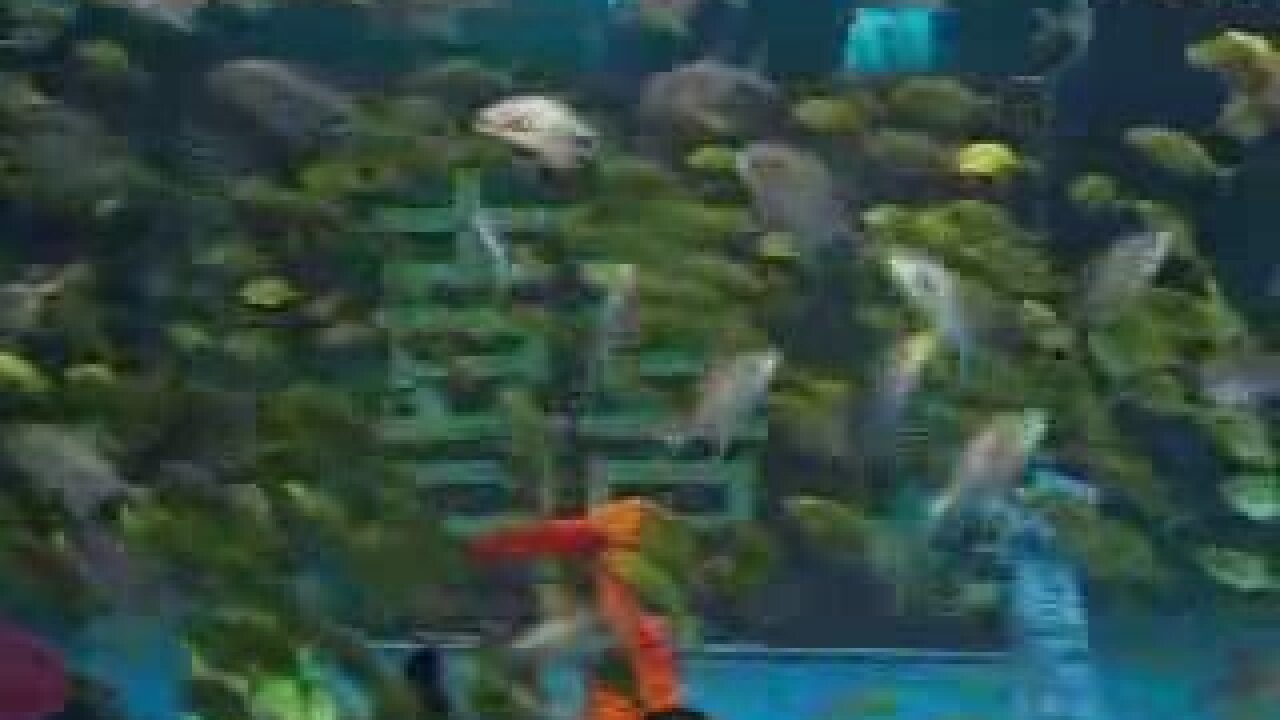 A Texas teen got his favorite Spurs player's face shaved into his head, but the boy's teacher kicked him out of class for the new 'do.

But the story got the attention of that basketball star. The kid ended up meeting Matt Bonner face-to-face-to-face.

A reporter tried to land a kiss on Will Smith during the Russian premiere of his new film "Men in Black 3," but got a slap on the cheek instead.

Smith was startled by the advance, but kept focus on the new film which opens in the US on May 25.

The wedding included dolphins kissing--which is considered a blessing--plus singing sea lions and dancing whales. There were also mermaids swimming around the brides.