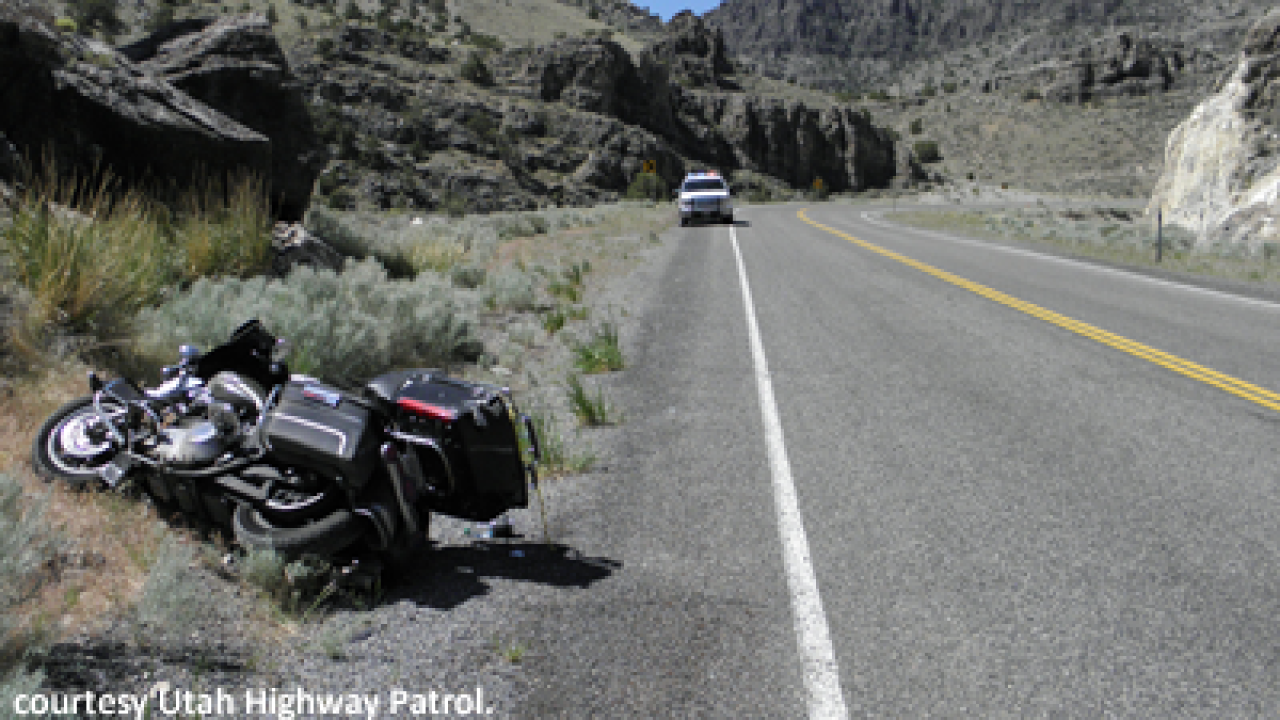 MILLARD COUNTY – A Louisiana man is dead after a crash on SR-6 in Millard County Saturday morning.

Officials with the Utah Highway Patrol say 30-year-old David Gill, of Shreveport, Louisiana, was driving his Harley Davidson motorcycle northbound on SR-6 with a female passenger. Just after 10:10 a.m., the motorcycle failed to negotiate a curve near milepost 27 and left the roadway, hitting a post and rolling.

Both people were wearing helmets, but Gill sustained fatal injuries and died at the scene. The female was transported to a local hospital via ambulance with non-life threatening injuries.