Teenage racer is drawing attention on the tracks 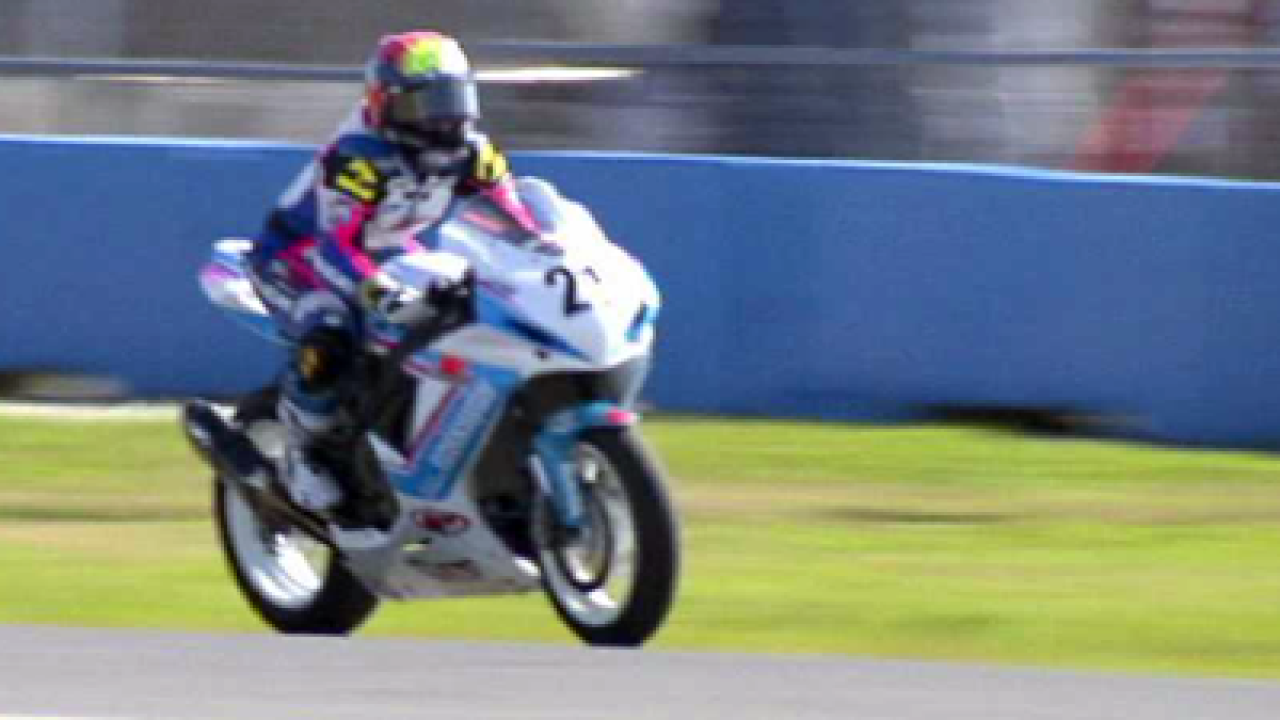 An 18-year-old girl is turning heads as she races her motorcycle past her competitors on the tracks.

In March, 18-year-old Elena Myers became the first female to ever win a professional race at the Daytona International Speedway when she nabbed first place on an American Motorcycle Association Supersport race.

"I didn't even think about that until somebody brought it up in the press conference after the race so definitely pretty cool to say I was the first one to do that," she said.

Myers' dad is a former racer and he got her into the sport early, buying her first bike at age 8.

"He got two bikes for us that we could ride around together. There was a go-kart track near us that had just opened and he talked to the owner and got motorcyles into the place so I had a place to ride every single Monday after school. I just kept practicing and the bikes got bigger and I got faster."

Myers got so fast that she began winning big races...and beating the boys.

"Imean obviously they're not gonna make it easy on me for sure. They don't want to be beaten by a girl, I'm sure. I'd say that the respect has gone up since Daytona," she said.

She hopes to move up to the Daytona Sportbike class and maybe even World Superbike one day. For now, Myers is focusing on Miller Motorsports Park's Big M weekend, happening May 26 through 28.