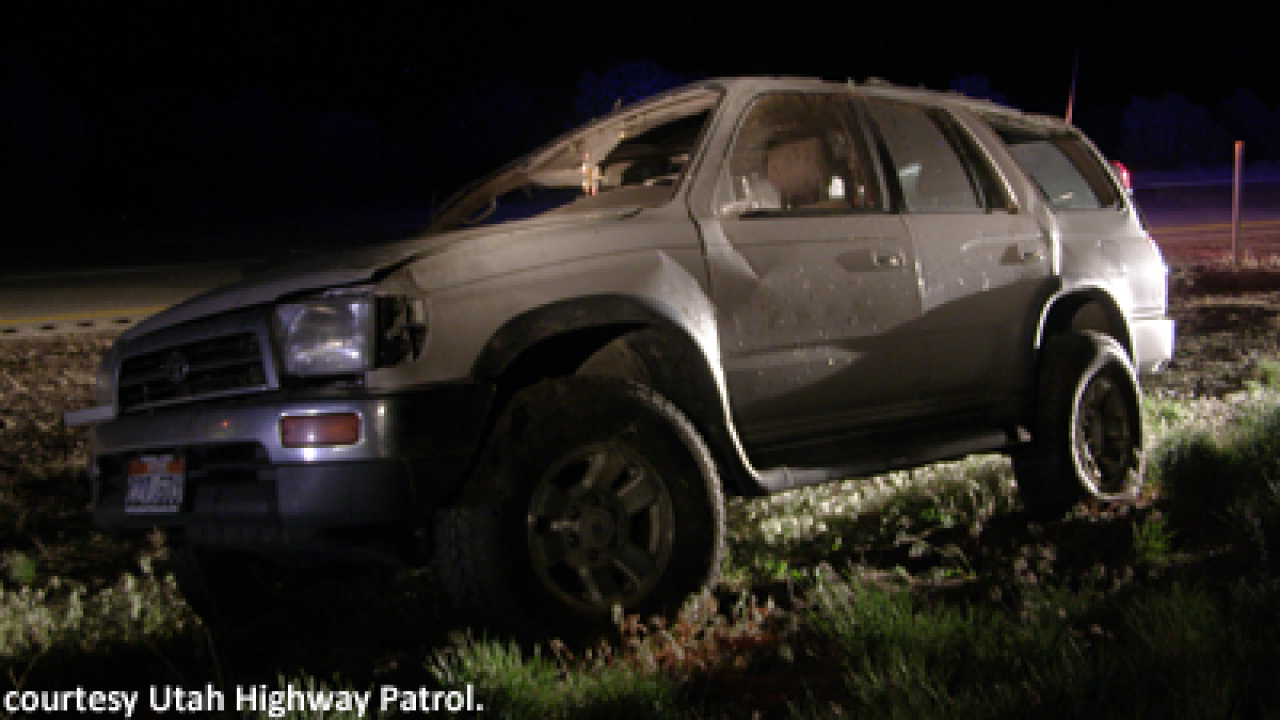 BEAVER – One woman is dead after a crash in Beaver County Friday night.

Officials with the Utah Highway Patrol say a silver Toyota 4-Runner was traveling southbound on I-15 near milepost 131 at around 10:15 p.m. when the car veered off the road to the right and the driver over-corrected onto the roadway. It drove off the road to the left into the median and rolled several times.

The driver, 39-year-old Nacole Brinkerhoff of Altamont, Utah, was not wearing a seatbelt. She was ejected and died at the scene.

Officers are investigating alcohol as a possible factor in the crash.