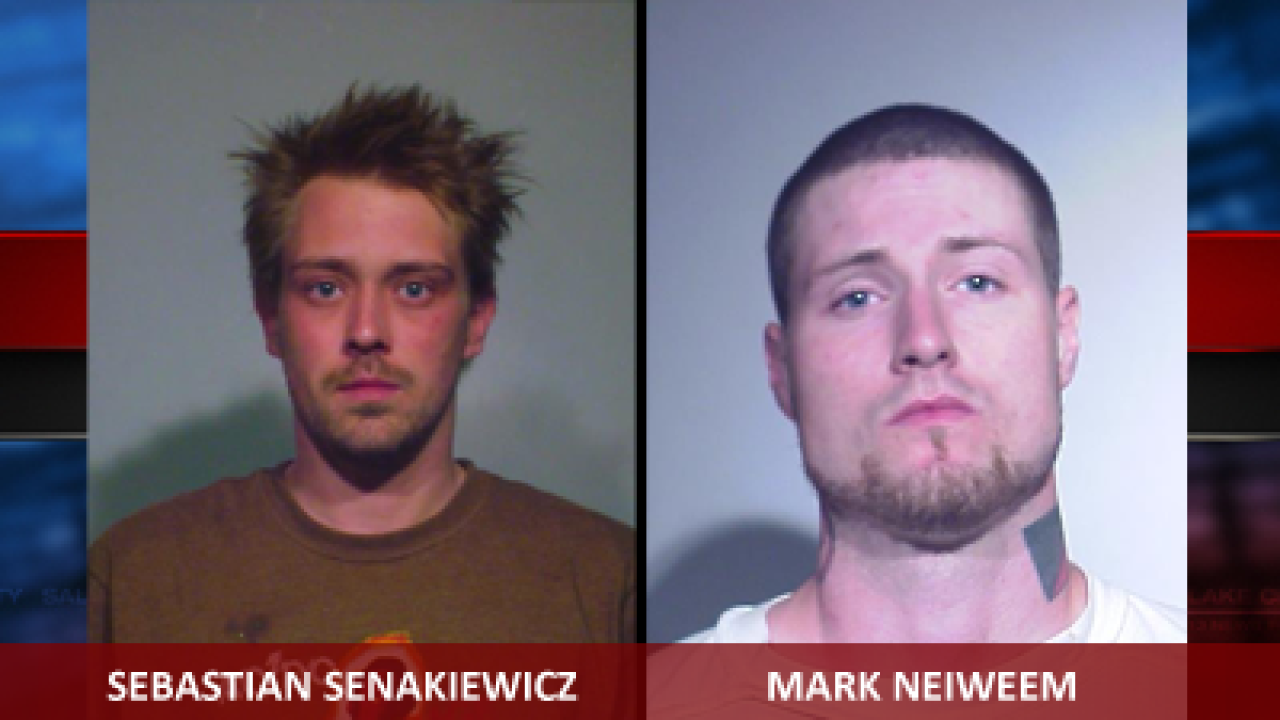 CHICAGO (CNN) — Two suspects who appeared in court in Cook County, Illinois, on Sunday are not believed to be part of an alleged terror plot in Chicago during the NATO summit, prosecutors said Sunday.

Instead, charges against the two arose from “related investigations,” authorities said.

Three men had previously been charged in the NATO plot, with authorities saying they planned to target President Barack Obama’s campaign headquarters, the home of Chicago Mayor Rahm Emanuel and several other law enforcement and financial sites.

On Sunday, the Cook County State’s Attorney’s Office said it had “approved charges against two additional individuals in connection with the ongoing NATO investigation.”

But prosecutors later clarified, “While the cases that were charged in court today arose from related investigations, the two defendants are not charged with any involvement in the terrorist case from yesterday, and today’s cases are separate matters. The two defendants (Senakiewicz and Neiweem) … each face their own charges arising from separate incidents.”

The two appeared in court Sunday. Bond was set at $750,000 for Senakiewicz and $500,000 for Neiweem, and both men are set to next appear in Cook County Circuit Court on Wednesday. It was not immediately known whether the two had attorneys.

Court documents allege Senakiewicz, a native of Poland, told associates he had made two homemade explosive devices that could “blow up half of an overpass for a train” and was planning to use them during the summit. He said last week that they were stored in a Chicago home in a hollowed-out “Harry Potter” book, the documents said.

He also claimed to possess a vehicle “filled with explosives and weapons,” according to the documents.

However, a search warrant found no explosives, and Senakiewicz told investigators that while he had made the statements, he did not actually possess a bomb, the court documents said.

Meanwhile, Neiweem allegedly told an associate that he wanted to obtain materials to make a pipe bomb, and that if the associate got the items, he would create it, according to court documents.

The three men charged in the NATO plot were identified as Brian Church, 22, of Fort Lauderdale, Florida; Jared Chase, 27, of Keene, New Hampshire; and Brent Betterly, 24, who told police he resides in Massachusetts, authorities said. An Illinois judge set bail at $1.5 million for each.

The three were charged with material support for terrorism, conspiracy to commit terrorism, and possession of explosives or incendiary devices, authorities said. The three men were arrested Wednesday, and charges were announced Saturday, according to authorities.

A lawyer representing the three has called the accusations against them “propaganda” and said authorities “infiltrated” a peaceful group and set the men up.

A police probe that began early this month revealed the three suspects are “self-proclaimed anarchists” and members of the “Black Bloc” group who traveled together from Florida to Chicago to commit violence as a protest against the NATO summit, authorities said in a statement.

“Black Bloc” was the group blamed for violence that occurred in recent “Occupy” protests, such as in Rome last year when anarchists in ski masks torched cars and clashed with police and even other Occupy protesters.

Senakiewicz also claimed to be a member of the “Black Bloc,” court documents said, as well as “an anarchist who is upset with the lack of chaos in Chicago.”

The three men were planning to destroy police cars and attack four Chicago police district stations with destructive devices as a way to undermine police response to other planned actions at the NATO summit, according to a statement by Cook County State’s Attorney Anita Alvarez and Chicago Police Superintendent Garry McCarthy. Downtown Chicago financial institutions were also among the proposed targets, authorities said.

“The individuals that we have charged in this investigation are not peaceful protesters. They are domestic terrorists who came to Chicago with an anarchist agenda to harm our police officers, intimidate our citizens and to attack their politically motivated targets,” said Alvarez.

According to authorities, Church said he wanted to recruit four groups of four co-conspirators — or 16 people — and that reconnaissance had already been done on the Chicago Police Department headquarters.

In court, prosecutors accused the three men of preparing for “violence and destruction,” such as stockpiling Molotov cocktails.

A couple dozen of their supporters in the courtroom could be heard faintly scoffing at prosecutor Matthew Thrun as he called the defendants “self-proclaimed anarchists … making preparations for violence and destruction.”

Thrun said one of the defendants could be heard planning an attack and quoted him as saying, “This city does not know what it is in for, and it will never be the same.”

According to Thrun, the defendants bought gasoline at a BP station, cut bandanas for fuses, and had four empty beer bottles to be used as Molotov cocktails.

Thrun told the court that Church made a remark while assembling the Molotov cocktails: “Ever seen a cop on fire?”

“They even bought the makings of Molotov cocktails and gave it to them,” Deutsch said in court.

Outside of court, he called the case a setup and an example of “entrapment to the highest degree.”

“It is sensationalism by the police and the state to discredit the protesters that have come here to nonviolently protest,” the attorney said.

The National Lawyers Guild, representing the three defendants, said Chicago police arrested a total of nine activists Wednesday at a house in Chicago’s Bridgeport neighborhood and then released six of them.

The guild described the three defendants as “Occupy activists” and said police provided no evidence of criminal intent or wrongdoing.

“It’s outrageous for the city to apply terrorism charges when it’s the police who have been terrorizing activists and threatening their right to protest,” attorney Sarah Gelsomino with the lawyers guild and the People’s Law Office, said in a statement.

NATO kicked off its two-day summit Sunday in Chicago.

The war in Afghanistan is expected to dominate discussions.

NATO leaders are currently on a timetable to withdraw all of the alliance’s combat troops from Afghanistan in 2014.