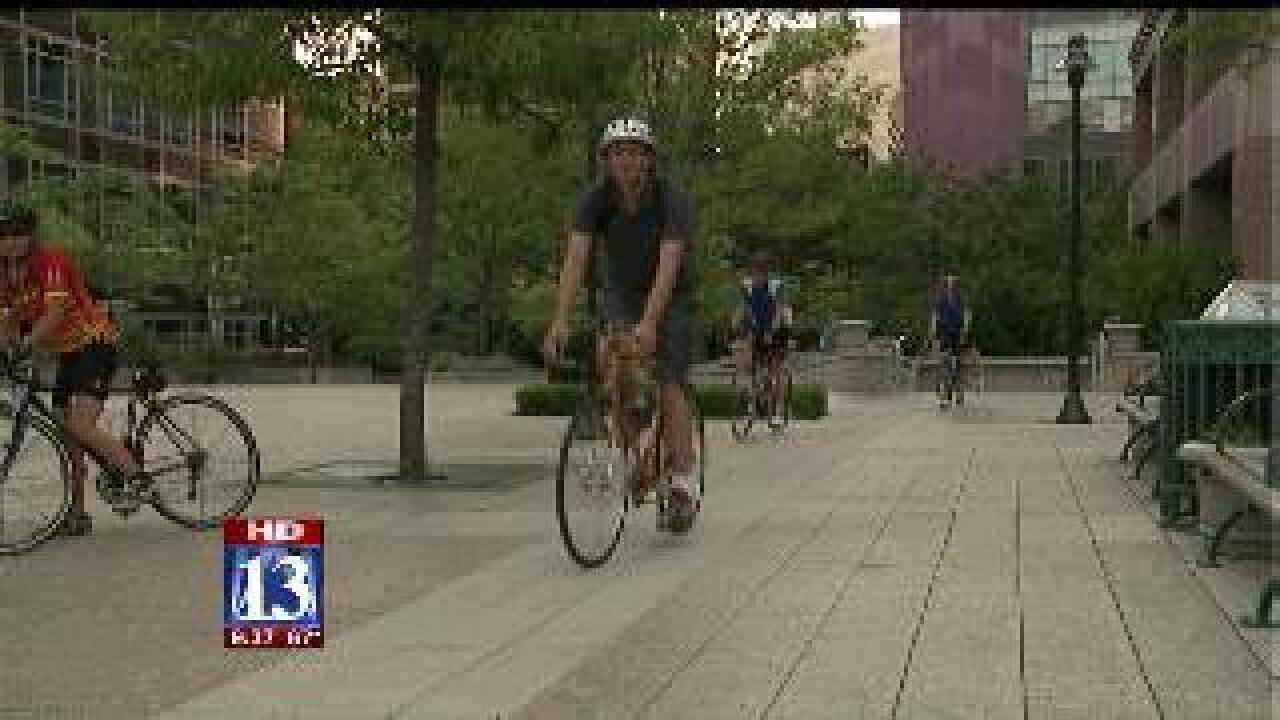 SALT LAKE CITY - Bicyclists of all ages gathered in Salt Lake City to take a silent ride they hope will make a loud impact in the community.

Avid cyclists went on the 11-mile ride to honor fellow cyclists who have been hit by cars. The group traveled bike paths from the Gallivan Center to Liberty Park.

"This is a chance to remember her and other riders who have died doing things that I enjoy and I hope they did too," said Bob Weirick, whose friend was hit and killed by a truck two decades ago.

Cyclists say Salt Lake City has made efforts to become a more bike-friendly city, but some say even more needs to be done. They say bicyclists and drivers need to have respect towards each other.

"Be a little sharper, pay a little more attention, and hope that drivers are more aware. Learn their lesson and realize what they've done," said Weirick.

The cyclists at the event shared one hope for all commuters: to open their eyes and ears and pay attention to those around them.