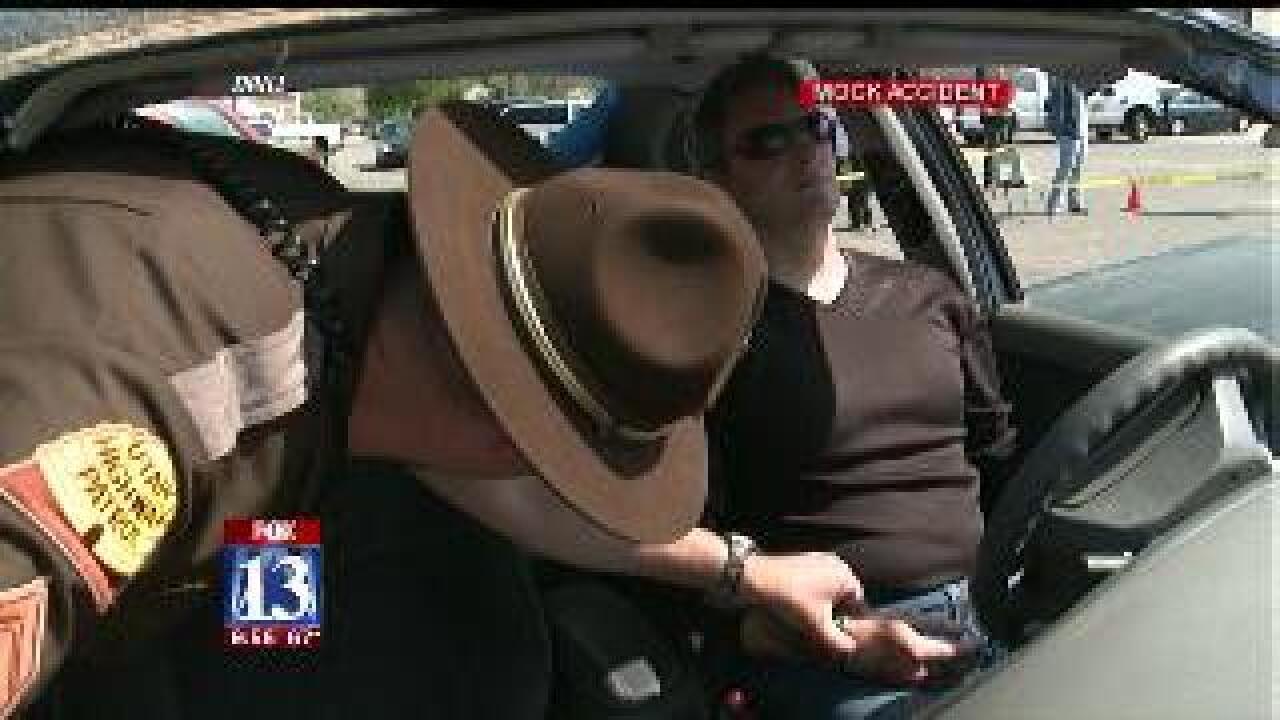 MAGNA - Cyprus High School was the site of what looked like a tragic car accident, but the wreckage was purposely staged by officers to teach new drivers about vehicle safety.

Emergency crews, a medical helicopter, wrecked cars and injured people could be seen at the crash, all with the goal of showing students that those accidents can happen and they're very real.

"The reality of it is at that moment I dont think those students really remembered it was fake," said Trooper Jalaine Hawkes, Utah Highway Patrol. "Make it a point that can drive home that each student can realize and see. We wanted to show students that these things can affect them when they least expect it."

Officers with the Utah Highway Patrol even had students participate in the investigation and cleanup of the accident.

"I asked one of the stuents to do me a favor by placing the sheet over the infant after the infant was declared dead on-scene. I saw tears in her eyes and the actual reality for her that that could actually happen to her or someone she knows someday," said Hawkes.

Cyprus High School received an award from Zero Fatalities for their safe driving habits; this school year, students at the high school increased seat belt use form 68 percent to 85 percent.