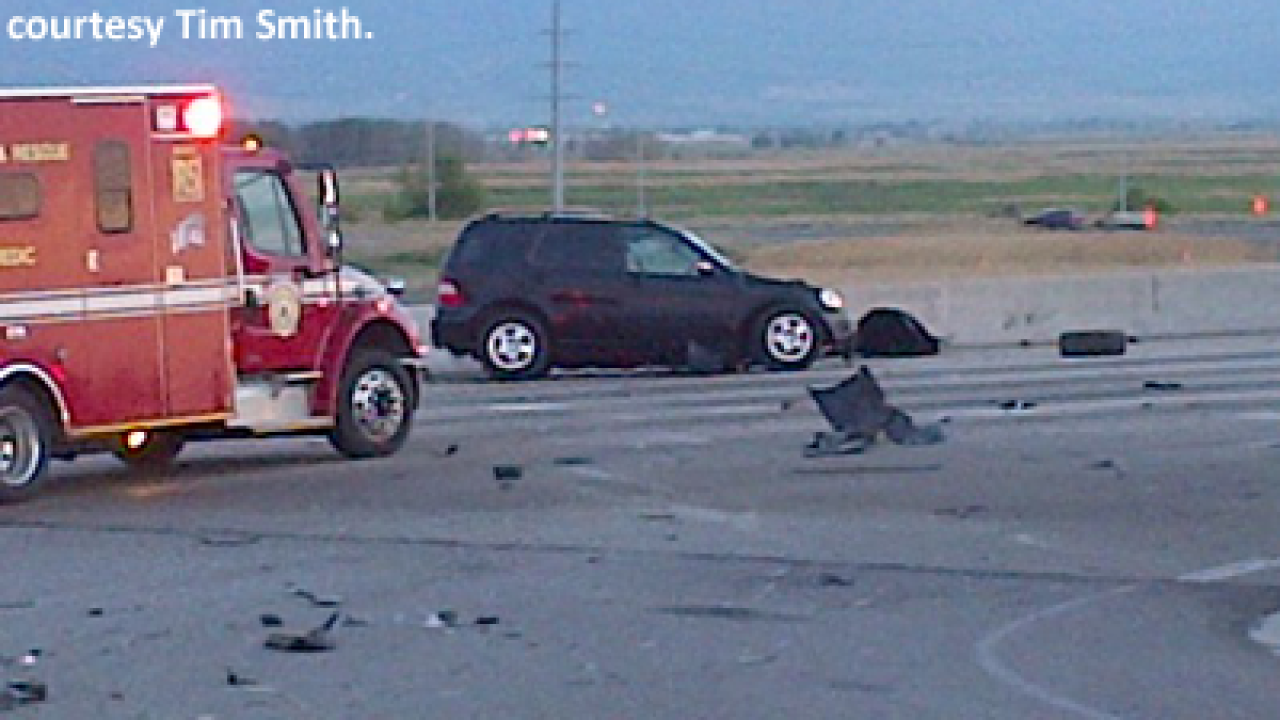 PROVO -- One person is dead and another injured after a teen led police on a high-speed chase and ended up crashing into another car on Sunday in Provo.

Alexandra Ogren, 65, died as a result of the crash, said a family spokesman.  Her husband, James Ogren was also in the car.  He suffered a concussion and was released from the hospital on Tuesday afternoon, said the spokesman.

Police say the 17-year-old teen ran away from Provo Canyon School, a residential treatment center for troubled teens, on Sunday afternoon. He allegedly broke into a home, and was confronted by the homeowner.

"I totally froze at first," says homeowner Andrew Alger. Alger says he encountered the teen in his bedroom.

"I took a step back and I was able to look up over the balcony.  I looked up and saw this kid standing in my room, wearing my clothes," said Alger.

Alger says the suspect apologized when he was confronted. He had the teen empty his pockets, as they were allegedly full of the homeowners personal items and cash.

Without any physical confrontation, the teen left the house wearing Alger's clothes, and according to police, he left the home and later stole a vehicle from a parking structure at an apartment complex.

Police say the teen suspect stole a black Mercedes SUV and returned to the school, where he was driving recklessly in the parking lot.

Police began chasing the teen driver on Freedom Boulevard, attempting to pull it over, but he refused to stop. The driver turned southbound onto University Avenue and began accelerating, at which point officers terminated their pursuit due to safety concerns. Police said the teen reached speeds up to 100 mph.

The driver continued on University Ave. until he struck another vehicle near 1860 South. The suspect exited his vehicle and ran toward I-15, and an officer arrested the suspect.

The teen is facing charges including burglary, vehicle theft and manslaughter. He may be charged with vehicular manslaughter depending on the outcome of the investigation.